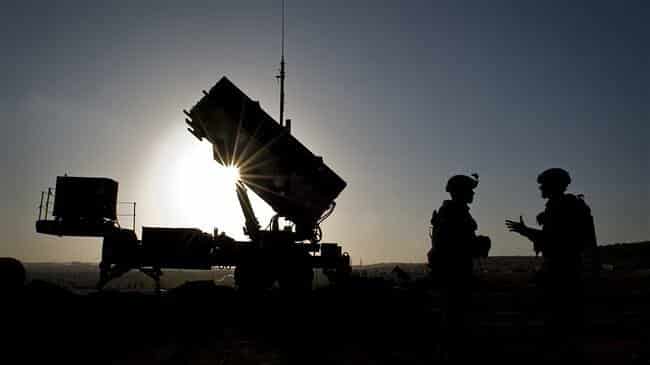 [ Editor’s Note: The US missile shield story is an old one but current events make it a front stage news item now. The US has announced that it is moving head on hypersonic missile development, but is acknowledged to be way behind Russia.

While the US and NATO focused on their massive 10+ to 1 superiority over Russia, the Russians, with a much smaller economy had to spend their defense money wisely. They focused on cutting edge technology and “defense” which was their critical need, and less expensive.

Electronic warfare was another area where it had to excel as being ahead in that game could negate an adversary’s numerical air superiority, as in having its planes just fall out of the sky due to the electronics failing to work, or being able to defeat offensive air to air munitions’ guidance systems.

And lastly Russia also upgraded its “mutually assured destruction” armaments, as that balance of power resulted in no big shooting war during the Cold War. To save money Moscow needed retaliatory missiles that could not be intercepted, hence large quantities would not be needed.

As stated below, those European countries hosting US missile shield are playing a dangerous game and those locations would have to be attacked very quickly in a hair trigger war, which is why this new Cold War is so dangerous. There is little time to think before having to make a decision to fire off everything you have while you still can do so.

I my book this is an insane position to put a well armed adversary into as the slightest mistake or misjudgment would result in massive destruction with no winners. Color me scared, of all the crazy people in positions of power… Jim W. Dean ]

The United States has been deploying missile defense systems near Russia to establish a nuclear shield that would make delivering a surprise nuclear strike on the country possible, says a top Russian general.

Lt. Gen. Viktor Poznikhir, First Deputy Chief of the Russian General Staff’s Main Operations Department said Wednesday that the US was trying to form a missile defense network to try and shoot down missiles that are fired in response to a nuclear attack.

“The deployment of missile defense systems near our borders creates a powerful strike potential for the US enabling it to deliver a surprise [the attacked party won’t be able to strike in response] missile and nuclear strike on Russia,” the general (pictured below) told the Moscow Conference on International Security on Wednesday.

The global missile defense system, which comprises a host of Patriot and Terminal High Altitude Area Defense (THAAD) systems, give Washington the potential to destroy intercontinental ballistic missiles of Russia, China and other possible adversaries while they are still in launchers. (Editor’s note: I think they meant “launch stage” here.)

Poznikhir further warned that countries that are currently hosting or are slated to host the US missile shield components would be in trouble in case of war because these systems provide for major targets for Russia.

They also raise the possibility of widespread radioactive contamination because in the host countries as the missile defense systems’ limited range means the incoming ICBMs will be destroyed over their own territories.

“Therefore, the countries taking part in implementing the Pentagon’s anti-missile plans may suffer,” he explained.

Pznikhir said Russia has not been sitting idly by to watch the US military buildup and has already developed adequate measures to make sure the shield can be defeated. He named the upcoming Sarmat ICBM and the Avangard hypersonic warhead as two of the Russian weapons that are designed to bypass American defenses.

Sarmat is said to have virtually no range limit. The missile is planned to replace the Soviet-era Voyevoda and is able to carry massive payloads across the North or the South pole to anywhere on the planet.

The missile was featured for the first time in Putin’s annual address to the Federal Assembly in early March 2018, where he showcased the missile system as the centerpiece of Russia’s renewed and super advanced weapons.

The general repeated the worlds of Russian President Vladimir Putin that Russia was not interested in a strategic arms race and ” is urging the United States to return to the negotiating table for a constructive dialogue on the issues of missile defense and the search for mutually acceptable solutions.”

The Avangard, on the other hand, is a strategic intercontinental ballistic missile system equipped with a glide vehicle capable of flying at hypersonic speed. Upon re-entry, the vehicle keeps changing its flight path and its altitude, breaching any missile defense.

Both Russia and China have complained in the past that the American missile defense systems deployed in South Korea, Japan, Romania and other countries around the world have long-range radars that can be used to gather intelligence from Russian and Chinese territories.

Moscow has also warned that such system can be used in offensive role, firing missile into Russian territories in case of a military confrontation.

Russia and the US have been clashing over the Intermediate-Range Nuclear Force (INF) treaty, a soviet-era pact that bans deployment of missile with a range from 500 kilometers to 5,500. Both countries have suspended the treaty, accusing each other of violating its terms.