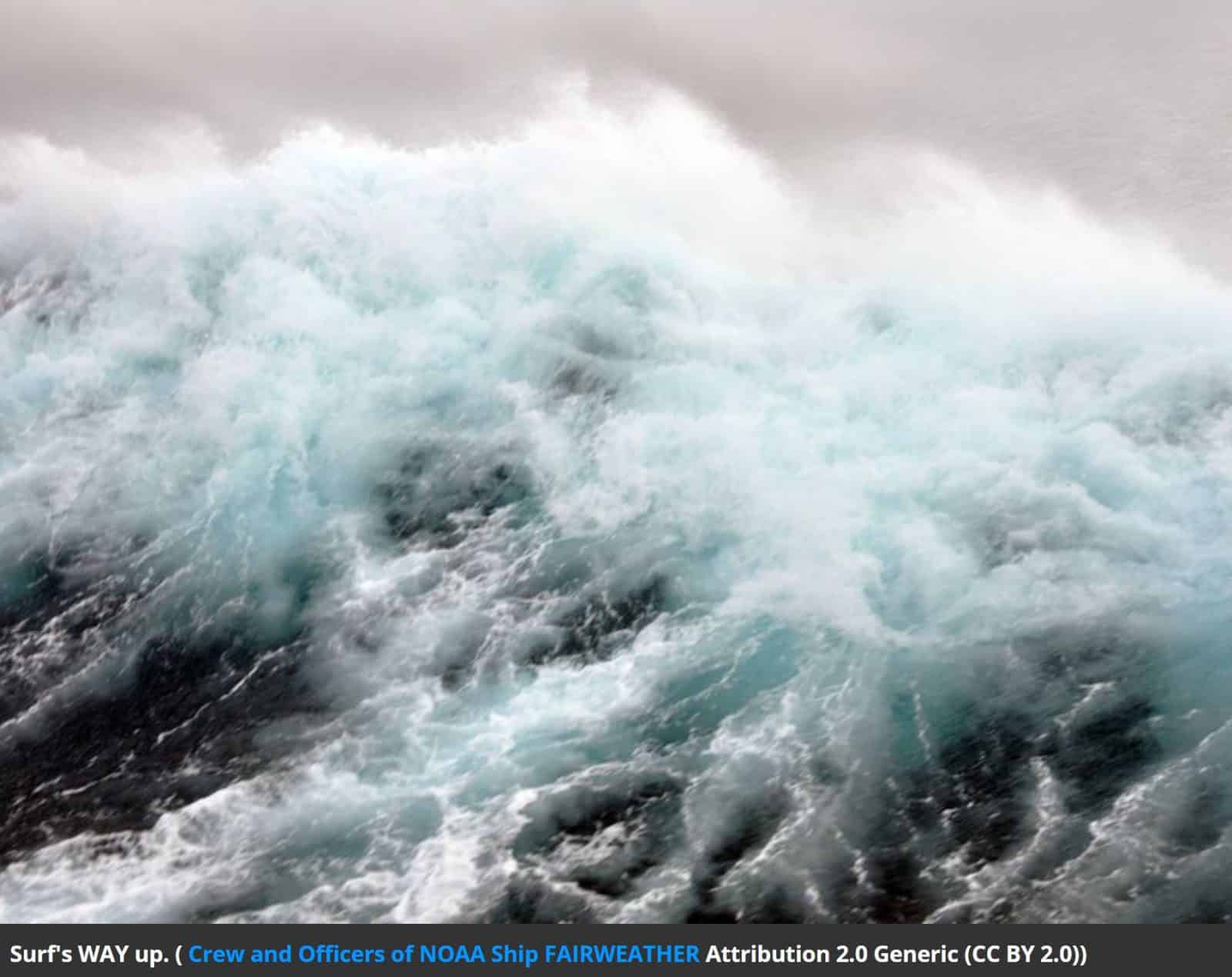 Over the last three decades, the seas became stormier and the roughest waves got bigger, according to a new study in the journal Science.

To get a handle on the oceans, researchers gathered 4 billion observations of wind speed and wave height collected between 1985 and 2018 by 31 satellites. The data was cross-checked with 80 ocean buoys that collect similar data. Colin Barras at Science magazine, reports that on average, the wind intensity around the globe has increased between one and two centimeters per second per year. And windier seas have resulted in an increase in average wave height as well.