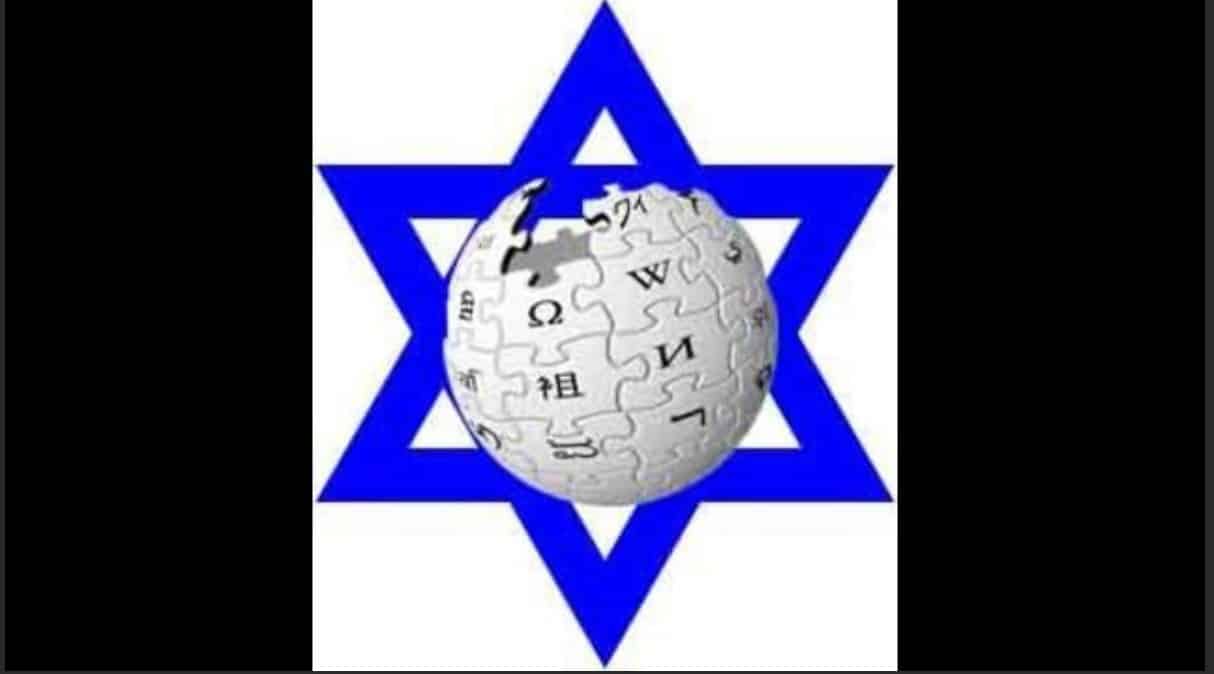 Editor’s Note:  We are publishing this out of courtesy and freedom of press but would want to convey our own opinion that the op-ed from Russia Today understates and misleads as much as it informs. G

Russia Today: The Orwellian browser plugin NewsGuard, which purports to judge the trustworthiness of media outlets, has appointed Wikipedia’s founder to its board, proving that even neoliberal thought police have a sense of humor.

In its bid to “tackle misinformation online,” NewsGuard has named such defenders of journalistic integrity as former NATO Secretary General Anders Fogh Rasmussen and Wikipedia co-founder Jimmy Wales to its advisory board. That’s Wikipedia, “the encyclopedia anyone can edit,” where propaganda and hoaxes cross-pollinate to produce mutant strains of fake news that would make a 19th-century ‘yellow journal’ merchant blush.

The Wikipedia model posits that it’s hopeless to look for absolute truth, so the best we can hope for is “verifiability.” This is achieved by querying “reliable sources” and writing up whatever the consensus is. Editors are forbidden from drawing conclusions based on the sources they use – if a “reliable source” hasn’t covered it, it didn’t happen. And what does Wikipedia consider reliable? The same type of publications that NewsGuard assigns a “green” rating – mainstream media outlets – along with scholarly journals, books from reputable publishers, and so on. 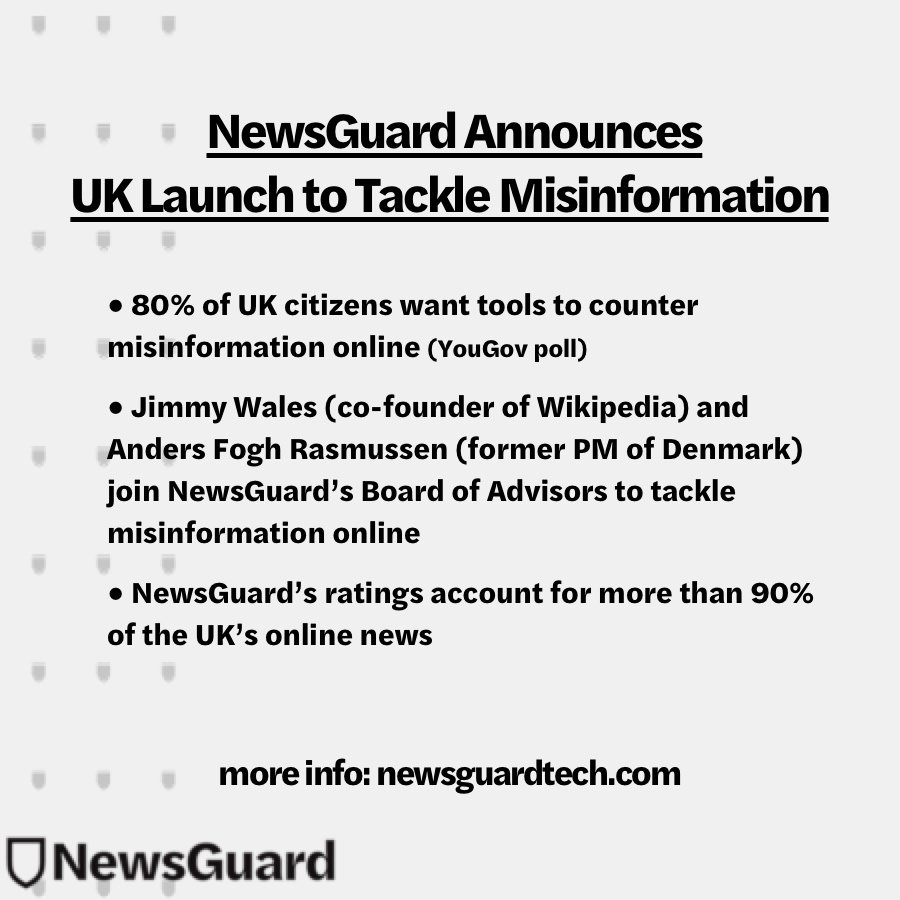 Giving Wikipedia’s co-founder a say in determining what sources will be considered “reliable” in the future may sound like a terrible idea, but wait – there’s more. Wales’ latest project, WikiTribune, launched in 2017 with the lofty goal of fixing the news (sound familiar?) and attempting to wed the Wikipedia model of volunteer editors with the mainstream-media model of paid journalists. Perhaps unsurprisingly, it didn’t work out, and Wales fired all the journalists. The project went dormant last year, but is now being re-launched as a “fact-checking wiki,” according to Wales. Surely it’s just a coincidence that he’s been welcomed onto the board of a company that wants to make its plugin part of the internet experience for everyone.

Hoaxes, mistakes, and propaganda written into Wikipedia make their way into “reliable sources” frequently, when rushed journalists who don’t have time for proper fact-checking instead glance at Wikipedia and uncritically reprint what they find there. If these journalists happen to write for a “reliable source,” what they’ve printed then becomes “reliable” for the purposes of Wikipedia, meaning that even if the original hoax, mistake, or propaganda is uncovered and removed, it can now be re-added ad infinitum, because a reliable source said it. This process is so common it has a name – “citogenesis.”

ALSO ON RT.COMMedia trust ranker NewsGuard launches in UK by greenlighting tabloids, adding ex-NATO chief to boardCoverage of Wikipedia hoaxes that became ‘real’ tends to focus on the ridiculous ones – the fake Australian Aboriginal deity ‘Jar’Edo Wens’ who made it into a book on religion after hiding out in a Wikipedia entry for nine years – or the seemingly endless parade of celebrity death hoaxes. But citogenesis can have far more damaging effects. Turkish history professor Taner Akcam was detained by Canadian and later US authorities because Wikipedia vandals had written that he was a terrorist.

Editor Edward Patrick Alva fudged the facts in Wikipedia articles about controversial rape incidents on college campuses in order to make them conform to the version of events reported in ‘The Hunting Ground’, a film he helped produce, writes the Washington Examiner. The depiction of colleges as “hunting grounds” for sexual predators has arguably terrified a generation of women based on false and misrepresented data, and the editing of protagonists’ biographies to emphasize rape accusations that were never substantiated rises to the level of libel.

The US media spent years embroiled in a fictional conspiracy involving the Russian government colluding with Donald Trump to get him elected president, and Wikipedia had more to do with that than many people think. After all, when one encounters an unfamiliar name or term in the news – ‘Seth Rich’, ‘kompromat’ – they Google it, and the first result on Google is usually Wikipedia.

ALSO ON RT.COM‘Reputational assault’: Mystery Wikipedia editor Philip Cross targets journalist Rania KhalekYes, political operatives are editing Wikipedia, and they favor a certain narrative. Before the Mueller report crushed the Russiagate hopes of millions of #Resistance keyboard-warriors, Wikipedia editors – including several administrators – were seriously discussing banning“pro-Trump users” (a category some expanded to include users who denied the reality of the Russian-collusion conspiracy theory) from editing political articles. They had already decided to “purge” an article on “Russian interference in the 2016 US elections” of sources contradicting Russian hacking claims, so it was a logical next step. After all, reliable sources said there was collusion, so it must be true!

Wikipedia claims to be written by everyday people, but its history of pay-for-play editing by everyone from congressionalaides to intelligence agencies to members of Parliament to “Zionist editing initiatives” to the Vatican – to say nothing of an army of corporate shills and PR flacks – proves that isn’t the whole story. Wikipedia does not actually forbid editing for pay, nor does Jimmy Wales condemn it, so long as the editor admits their paid status (on their profile page, which the casual Wikipedia reader never sees). What better partner for NewsGuard than a website where the ruling establishment can inject favorable coverage of itself while pretending it comes from the hoi polloi?

Trust in mainstream media dropped to historic lows on both sides of the pond around the time Trump was elected and the Brits voted themselves off the World-Island, outcomes that were both met with apocalyptic dismay from the ruling class. This outbreak of populism was blamed on ‘fake news’, a phenomenon that sprung fully-formed from the forehead of mainstream-media propagandists to explain away the people’s maddening tendency to vote in what they believed to be their best interests.

Even though fake news has been a problem since the advent of the printing press, Americans and Brits were told that this new strain of disinformation, bearing the unmistakable imprint of Putin Inc., could single-handedly shatter our fragile democracies if we did not at once put down the independent media and rush back into the comforting arms of “reliable sources” (which happens to be the name of Brian Stelter’s show on CNN, a fact that is surely coincidental).

ALSO ON RT.COM‘Perfect accuracy’: WikiLeaks hits back at ‘neocon’ app NewsGuard, which labeled it untrustworthyNewsGuard continues that patronizing narrative, serving up color-coded ‘nutrition labels’ to ensure internet users they won’t accidentally ingest anything spicy that might cause them to radically reconsider their place in the world, or their country’s policies, or their relationship to technologies like NewsGuard. It’s an extra-delicious irony that Tom Ridge, the same man who introduced a color-coded terror warning system during George W. Bush’s presidency, also sits on the advisory board of NewsGuard.

NewsGuard gives WikiLeaks, which has never had to issue a correction, an untrustworthy “red” rating, while trusting Wikipedia – which has unleashed literally hundreds of hoaxes on the world, and that’s only the ones we know about – so much they name its founder to their board. Wales’ appointment to the advisory board of NewsGuard is proof that this organization has never been about stopping the spread of fake news – only spreading their own.