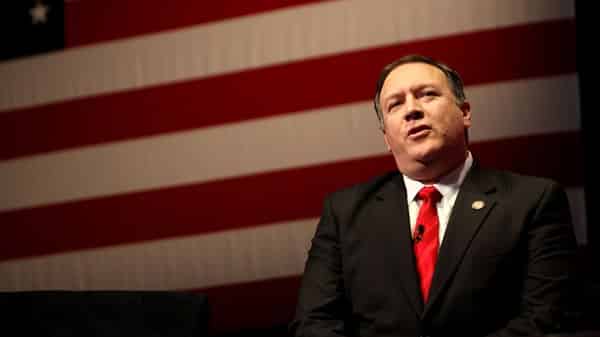 We all should agree with United States Secretary of State Mike Pompeo in saying that the CIA trains people to “lie, cheat and steal.”[1] Keep in mind that Pompeo is a former director of the CIA. But the New World Order agent said something that ought to give any sensible person a pause:

“I was a CIA director, we lied, we cheated we stole… like, we had entire training courses. It reminds you of the glory of the American experiment.”[2]

The “glory” of the American experiment? Well, the NWO agent could be up to something here. What he inadvertently tried to say is that the “American experiment” is a colossal hoax, which is based on the destruction of subjugated peoples. Who said that decades ago?

The Ayatollah Khomeini way back in 1979. He posited then:

“There is no crime America will not commit in order to maintain its political, economic, cultural, and military domination of those parts of the world where it predominates. It exploits the oppressed people of the world by means of the large-scale propaganda campaigns that are coordinated for it by international Zionism.

“By means of its hidden and treacherous agents, it sucks the blood of the defenseless people as if it alone, together with its satellites, had the right to live in this world. Iran has tried to sever all its relations with this Great Satan and it is for this reason that it now finds wars imposed upon it.”

“International Zionism” is an appropriate description of what was going on then. As I have already suggested, the United States and England had already overthrown a democratically elected president in Iran by the name of Mossadegh in 1953, and both countries were expanding aggressively in the Middle East to keep a diabolical empire alive and well.

By 1954, the CIA again overthrew a democratically elected official by the name of Jacobo Arbenz in Guatemala.[3] The documents for this unfortunate coup are readily available at the National Security Archive.[4] If one peel the ideological onion, then the logic becomes pretty clear: the United States has been in the business of overthrowing countries in the Middle East and elsewhere for a century.[5] In other words, NWO Pompeo was right about the CIA.

The CIA is still sucking the blood of virtually every nation on earth through covert activities, espionage, and deceptive means.[6]