A Shia academic, a disabled protester and a number of detained minors were among 37 people that Saudi Arabia executed in its recent mass execution on “terrorism” charges, a new report has revealed.

Human rights groups state that at least 33 out of the 37 individuals executed on Tuesday were from Saudi Arabia’s persecuted Shia minority, the Middle East Eye reported Thursday.

Dcuments obtained by the CNN show that many of the executed individuals had “repeatedly” told the Saudi court that, in a bid to save their lives, they had been forced to accept confessions their torturers had written for them.

In one case, one of the defendants affirmed loyalty to the Saudi kingdom in hopes of getting leniency from the court, only to be executed later on.

The official Saudi Press Agency (SPA) claimed that “the death penalty was implemented…on a number of culprits for adopting extremist terrorist ideologies and forming terrorist cells to corrupt and disrupt security as well as spread chaos and provoke sectarian strife.”

Saudi Arabia’s Interior Ministry says the kingdom has executed 37 of its citizens, who were convicted of “terrorism.”

Reports detailing the lives of a number of the protesters, however, reveal a strikingly different account behind the recent mass executions.

Among the victims were popular Shia cleric and dean of the English department at Jeddah university Mohammed al-Attiyah.

Human Rights Watch asserts that al-Attiyah was one of the 11 men similarly charged and executed by the court for “planning with an Iranian intelligence element…to establish a company to spread Shia activities [in the Eastern Province].”

This is while the Shia cleric was known as a “promoter of unity between the different sects” in the Saudi kingdom. 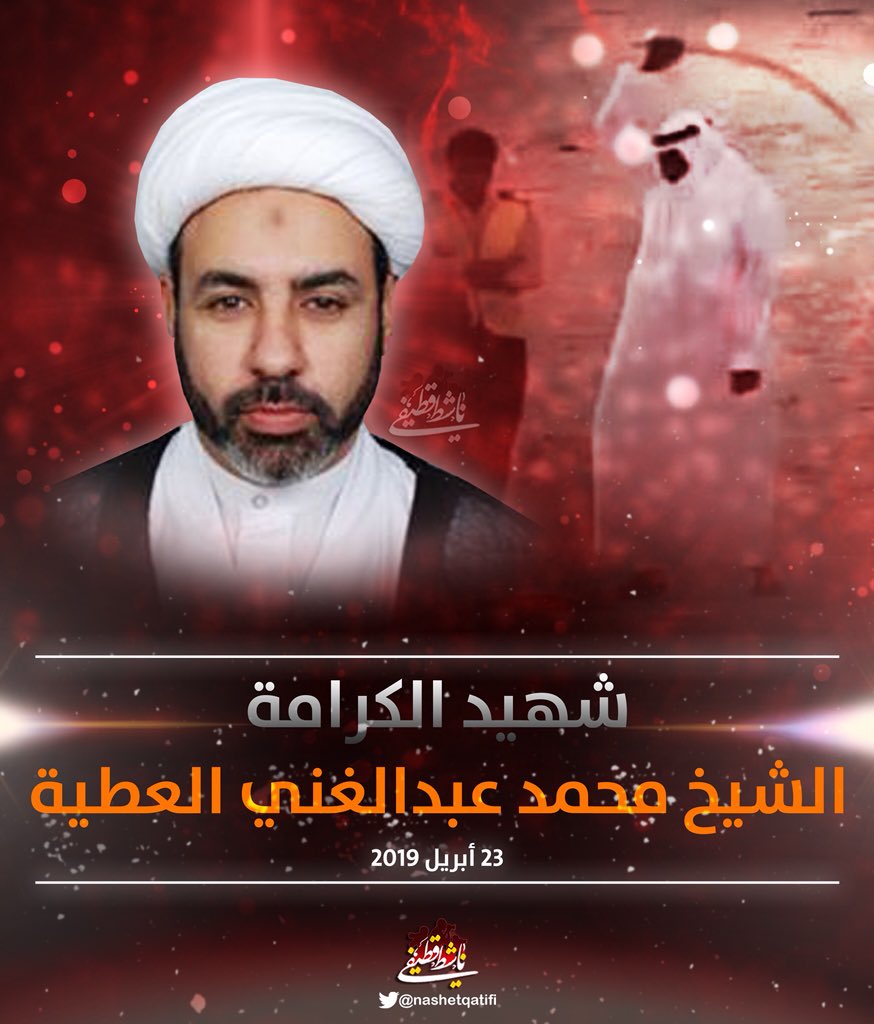 “As long as we live in the same country, we have no choice but to accept one another and live with one another, no matter the degree of difference between us,” he said in a 2011 speech, where he urged tolerance among Sunnis and Shias.

Speaking in court before execution, Attiyah had denied “all the evidence” brought against him.

Munir al-Adam from the eastern Shia region of Qatif was also among the executed Saudi citizens.

He went completely deaf after being subjected to severe beatings and torture in prison for taking part in 2012 demonstrations against the Saudi persecution of Shias.

The young man had “been ordered to stand for long intervals of time…was beaten with sticks and cables” and had been “electrocuted and prevented from eating or going to the bathroom” according to revelations made by his mother before his execution.

Al-Adam was already partially blind and deaf at the time of his arrest when he was only 18 years old, according to European Saudi Organization For Human Rights (ESOHR).

The group added that Adam had been punished for exercising his “fundamental human rights such as freedom of assembly” and was executed after making a confession under duress.

“Saudi Arabia consistently fails to abide by the strict criteria which safeguards substantive and procedural requirements with relation to the death penalty for retentionist states,” ESOHR said.

Abdulkarim Mohammed al-Hawaj was a young protester who was executed due to confessions “extracted from him via torture”.

Al-Hawaj was 19 when he was detained in 2014, although some of the charges used against him remounted to as much as three years earlier.

In jail, he was “beaten by sticks and electric wires and kicked by officers with heavy shoes” while his hands were “chained high for more than 12 hours and he was prevented using the bathroom in this time,” according to ESOHR.

Mutjaba al-Sweikat was another young Saudi national who was detained for participating in an anti-government protest.

Slated to pursue studies at the Midwestern US state of Michigan when he was 17, al-Sweikat was arrested at the airport before boarding his flight in 2013.

PressTV-Executed Saudi student had ‘bright future’ ahead of him

Authorities say a Saudi teen who had been granted admission into a US university but was executed by Saudi officials had a “bright future” ahead of him.

On Friday, the Canadian Defenders for Human Rights (CD4HR) rights group also published details of a candle vigil in Canada held for Ahmad Hussain Al-Arady, another Saudi victim of the recent executions in the kingdom.

World leaders and human rights organizations have expressed shock and condemnation over Saudi Arabia’s mass execution as a crackdown led by Crown Prince Mohammed bin Salman against dissidents widens in the kingdom.

Abdullah Alaoudh, a senior fellow at the center for Muslim-Christian Understanding at Georgetown University in Washington and the son of Salman al-Awda, a prominent Saudi Muslim scholar who was arrested in 2017, believes American support for the Saudi prince is vital for bin Salman’s rule as he “has no popular legitimacy” in the country.

“It’s really outrageous to see how silent a lot of people are, and it’s even more outrageous to see the West support him (bin Salman) despite all that happened, even when their own strategic interests are at stake.”

Saudi Arabia has also intensified its crackdown on the country’s Shia population east of the country.

The country’s Eastern Province has been the scene of peaceful demonstrations since February 2011. Protesters have been demanding reforms, freedom of expression, the release of political prisoners, and an end to economic and religious discrimination against the oil-rich region.

The protests have been met with a heavy-handed crackdown by the regime, with regime forces increasing security measures across the province.