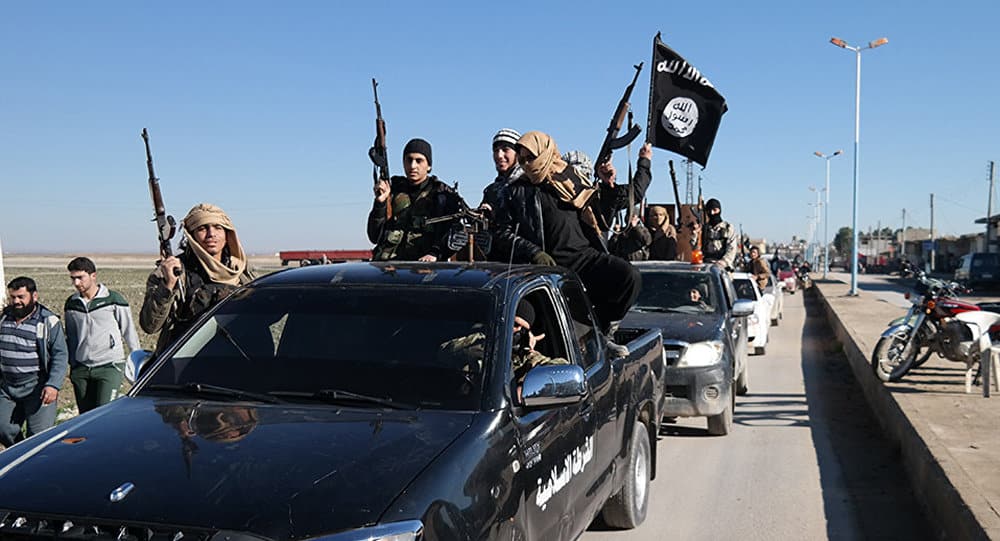 [ Editor’s Note: While we might think that such atrocities are limited to extremist groups, I can assure you that is not the case. There has been a stream of published articles about the Israelis doing this for a long time as the religious Jews there are against donating organs, but not against others doing so even against the will of their families.

We had many reports a decade ago of Palestinian families getting the bodies of family members back who had been killed in protest clashes with the IDF that had had organs removed. Corporate media blacked out the story, no surprise there.

But so did the UN and other international orgs who were in a position to say something about it. Were they afraid of Israeli death squads paying a visit, the kinds that have never been publicly picked up despite their long history of “wet work”?

These are easy organizations to intimidate with the hint of how vulnerable their people are, and then there is always the cutting their funding tool, a less messy by very effective weapon.

If not for alternative media, including even RT that is blacked out now in most of the West, we would know nothing about these stories. And with the current Trump media jihad against us it appears the media minders intend for that to be the case …Jim W. Dean ]

The torture squad, which was reportedly comprised of 10 people overall, was hired by a British doctor and his assistant, a pharmacist, to carry out atrocious medical tests on captives of terrorists, despite claims by the two that they were out on a purely humanitarian mission.

Two Islamist NHS workers out of the ten-strong medical group were found to have conducted abhorrent Nazi-style medical experiments on Daesh prisoners in Syria, witnesses claimed last night in comments to The Daily Mail.

Forty-year-old former British Doctor Issam Abuanza is one from the pair, who assumed the position of the Daesh “health minister”, according to UK intelligence, having left his wife and two children in Sheffield in 2014 in order to join Daesh’s ranks.

Abuanza is reported to have appointed Birmingham-born pharmacist Mohammad Anwar Mia, also aged 40, to assist him on Syrian soil, most specifically to remove organs from captives.

Having witnessed their purported brutality, the Syrian activist group Sound and Picture told the British edition that the organs were then transplanted into wounded jihadists, or alternatively sold on the black market to further fund the terrorists.

Separately, it is alleged that the organs harvested from the tortured prisoners would also be inserted into other captives as a means of torture, similarly to the inhumane suffering endured by captives held in Nazi concentration camps during World War Two.

Both British medics, who shared one nickname, Abu Obayda, allegedly performed their twisted procedures in hospitals in the former Daesh strongholds of Mayadin and Deir ez-Zor between 2015 and 2017.

“Islamic State needed to show that it was a government not a radical group and so it appointed a minister for everything”, Aghiad al-Kheder, the activist group’s co-founder, shared, speaking on the build-up of the medical infrastructure.

The team led by Abuanza, who is known to have previously complained about the working conditions of doctors in Britain and authored a spine-chilling social media post wishing it had taken a caged Jordanian pilot burnt alive by Daesh longer to die, and Miah have also been accused of performing warped chemical tests on live inmates detained in the course of Daesh operations from 2014 to 2017.

For the time being, Abuanza is now thought to be hiding in caves near the village of Baghouz, whereas Miah is being held by Kurdish opposition forces along with six other Brits, including two suspected members of the infamous “Beatles” gang, who executed western hostages by beheading.

According to Miah, he arrived in Syria “to do humanitarian work” and never partook “in any of these atrocities or incited any hatred or made any videos”.

“I have never killed or hurt anybody”, Miah stated, while his family declined to comment. Meanwhile, Abuanza’s former neighbour said that his wife, Sally, had moved away with her new boyfriend and had a baby with him.