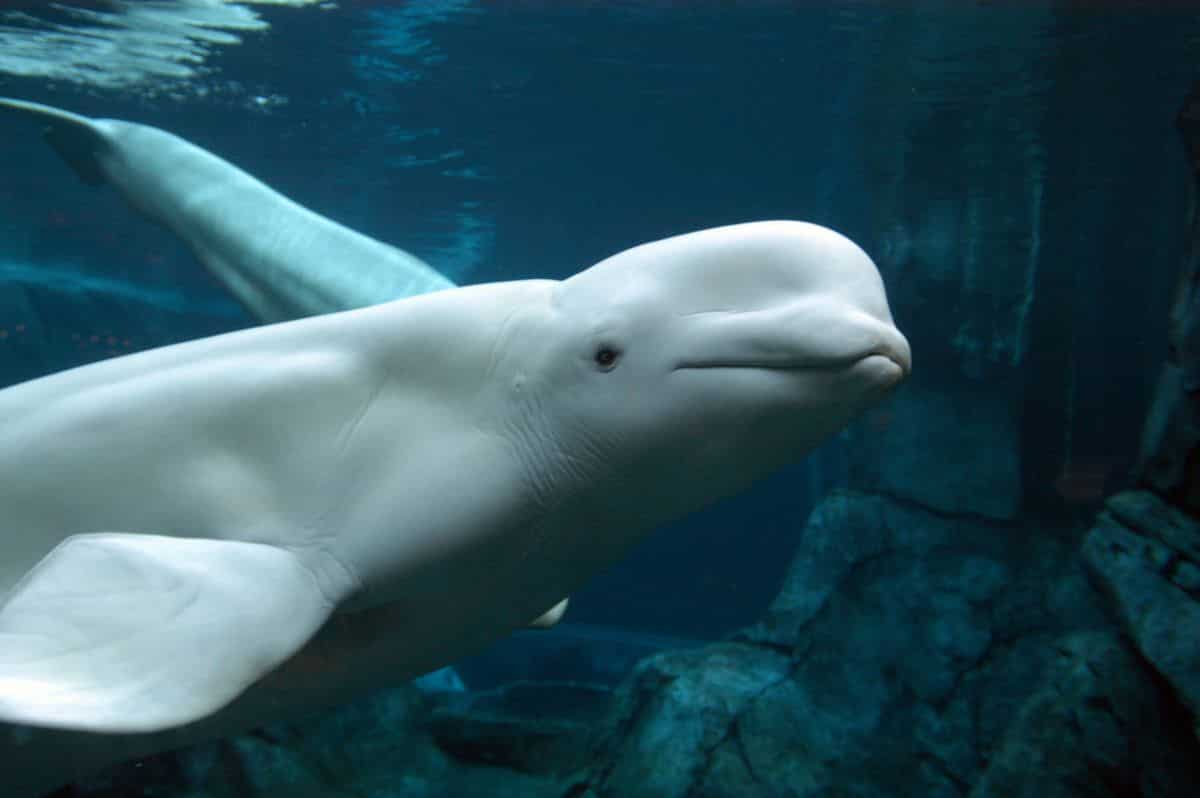 A beluga whale discovered wearing a harness reading “equipment of St Petersburg” in Norway could have been working for Russia as part of a marine military programme.

The whale, which was said to be targeting boats near the small Norwegian fishing village of Inga on Friday, was spotted wearing a black harness on a closer inspection by the fisherman.

Tame and used to human beings

Fisherman suspected the creature was being used for training or had a camera or weapon on its body when they spotted its harness.

It had also been pulling the straps on the sides of the boats, according to The Guardian.

It was very tame and used to human beings.

“We were going to put out our nets when we saw a whale swimming between the boats,” fisherman Joar Hesten, who spotted the whale, told Norwegian broadcaster NRK.

“It came over to us, and as it approached, we saw that it had some sort of harness on it.”

Experts noticed the signage on the harness and suspected the whale had been trained by the Russian military.

“If this comes from Russia, and there is great reason to believe it, then it is not Russian scientists, but rather the navy that has done this,” says Martin Biuw of the Institute of Marine Research.

He pointed at the finger at the Russian Navy base in Murmansk, a city in northwestern Russia that has a deep bay off the Barents sea.

It may be the case the whale is no longer under Russian influence.

At the beginning of April, Russian officials said they would work towards freeing all orca and beluga whales from a notorious facility in the east of the country, after a visit by US-based marine mammal advocates.

This is not the first time Russia has dabbled in training sea creatures for the military, according to The Guardian.

State TV Zvezda reported in 2017 that the country is using beluga whales, seals and bottlenose dolphins for military purposes in polar waters.

Both the US and Russia have marine mammal military programmes, with the US also taking a shine to exploring the defensive capability of California sea lions.

Both programmes studied the potential of dolphins to help the Navy during the 1980s.

Both creatures have been used to detect ammunition at mines at deep-sea level, according to the publication.

But beluga whales were believed to have been dismissed from Russian military service.

The whales were deemed too sensitive to the cold and did not have the same “high professionalism” of seals, which had a far better memory for commands.

Although dogs and horses are used as military animals in the UK, no other animals are known to be in the employ of the Ministry of Defence.