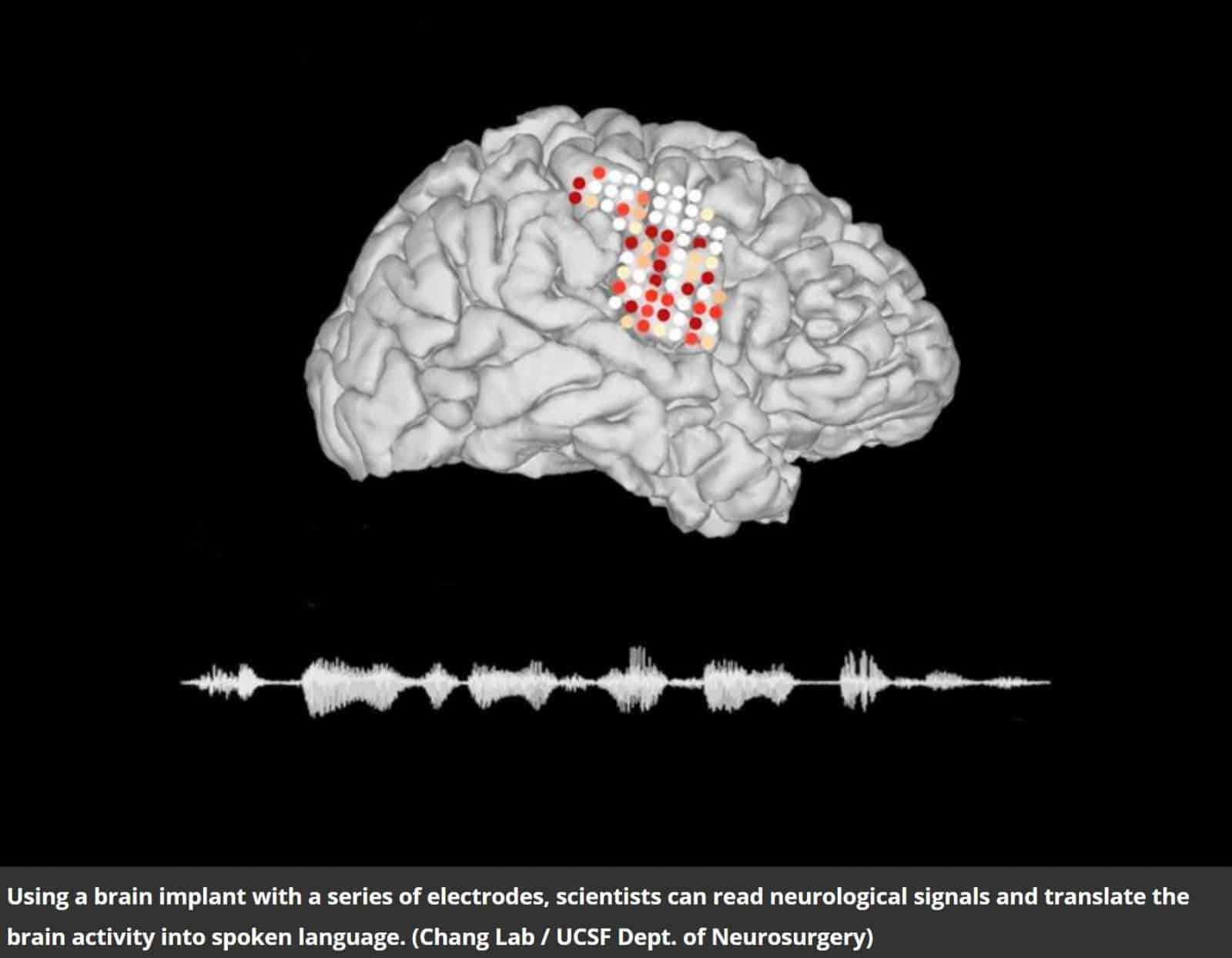 With advances in electronics and neuroscience, researchers have been able to achieve remarkable things with brain implant devices, such as restoring a semblance of sight to the blind. In addition to restoring physical senses, scientists are also seeking innovative ways to facilitate communication for those who have lost the ability to speak. A new “decoder” receiving data from electrodes implanted inside the skull, for example, might help paralyzed patients speak using only their minds.

Researchers from the University of California, San Francisco (UCSF) developed a two-stage method to turn brain signals into computer-synthesized speech. Their results, published this week in scientific journal Nature, provide a possible path toward more fluid communication for people who have lost the ability to speak.

For years, scientists have been trying to harness neural inputs to give a voice back to people whose neurological damage prevents them from talking—like stroke survivors or ALS patients. Until now, many of these brain-computer interfaces have featured a letter-by-letter approach, in which patients move their eyes or facial muscles to spell out their thoughts. (Stephen Hawking famously directed his speech synthesizer through small movements in his cheek.)