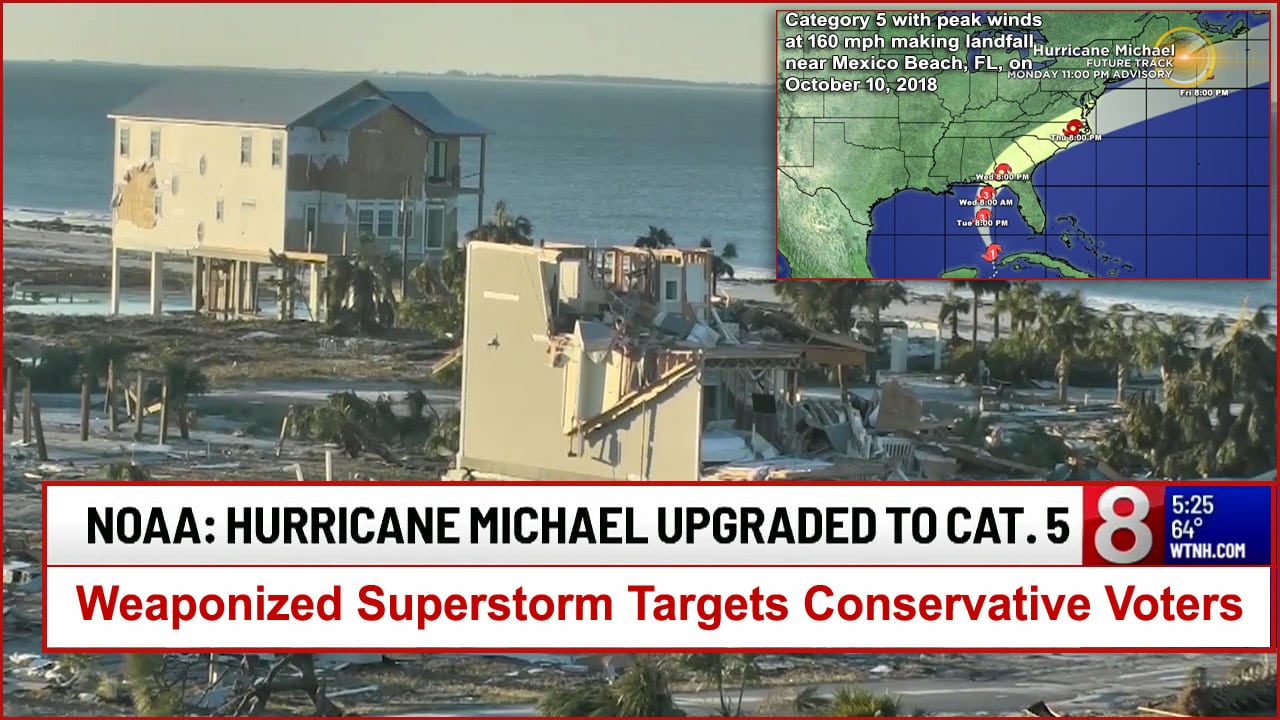 Hurricane Michael was upgraded to CAT-5 status in April 2019

Douglas Gabriel introduces MICHAEL THOMAS, the founder and editor of two of the independent media’s most substantive news sites – State of the Nation and The Millennium Report.

As a resident of Florida, a first-hand eye witness of the devastation of Hurricane Michael, and a citizen journalist who has followed the progress of weather being weaponized against citizens, Michael is outraged at what is happening in Florida’s panhandle just as the midterms are around the corner.

In separate observations, investigators Serene Christine and Mike Morales followed the progress of hurricane Michael to make the same curious observation;  Neither could find buoy metrics or wind speeds that match the media’s report of category 3, and 4 on the Saffir Simpson scale. The reported barometric pressure, however appears to confirm the hurricanes intensity at CAT-2 and above. 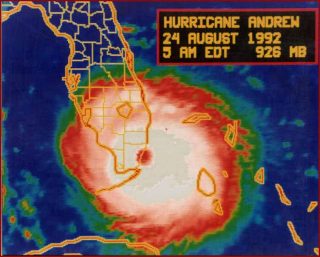 Hurricane Andrew’s worst winds lasted no longer than a blink of an eye.

They were small, about the size of two house lots, but they showed how capricious a hurricane can be, an international wind expert said on Wednesday.

As an Amateur radio operator, I volunteered at the NHC radio communications station in Miami for several years during the 1990’s where I studied the dynamics of tropical cyclones.

It’s my opinion the process of engineering a Hurricane can produce a cyclone but any sustained hurricane force winds can remain far above ground level.  The manipulation of the circulation by aerosols and/or RF can produce micro-bursts or swirls that variously extend to the ground to produce the actual wind damage. This damage is then misrepresented by the media and forecasters as a result of sustained surface winds.

Videos from Christine and Morales are presented below 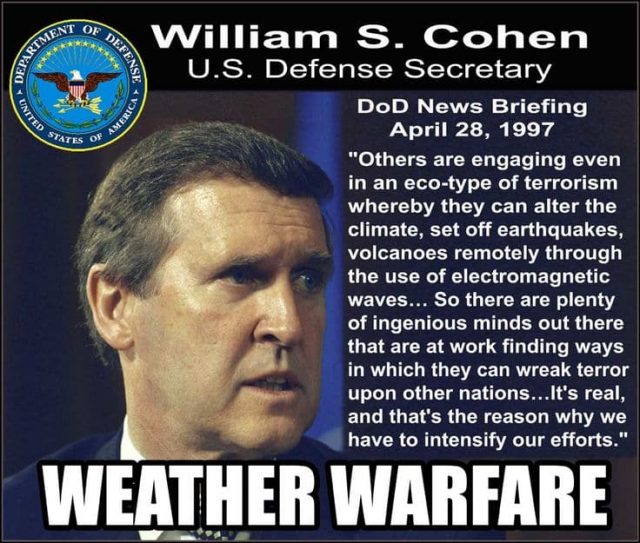