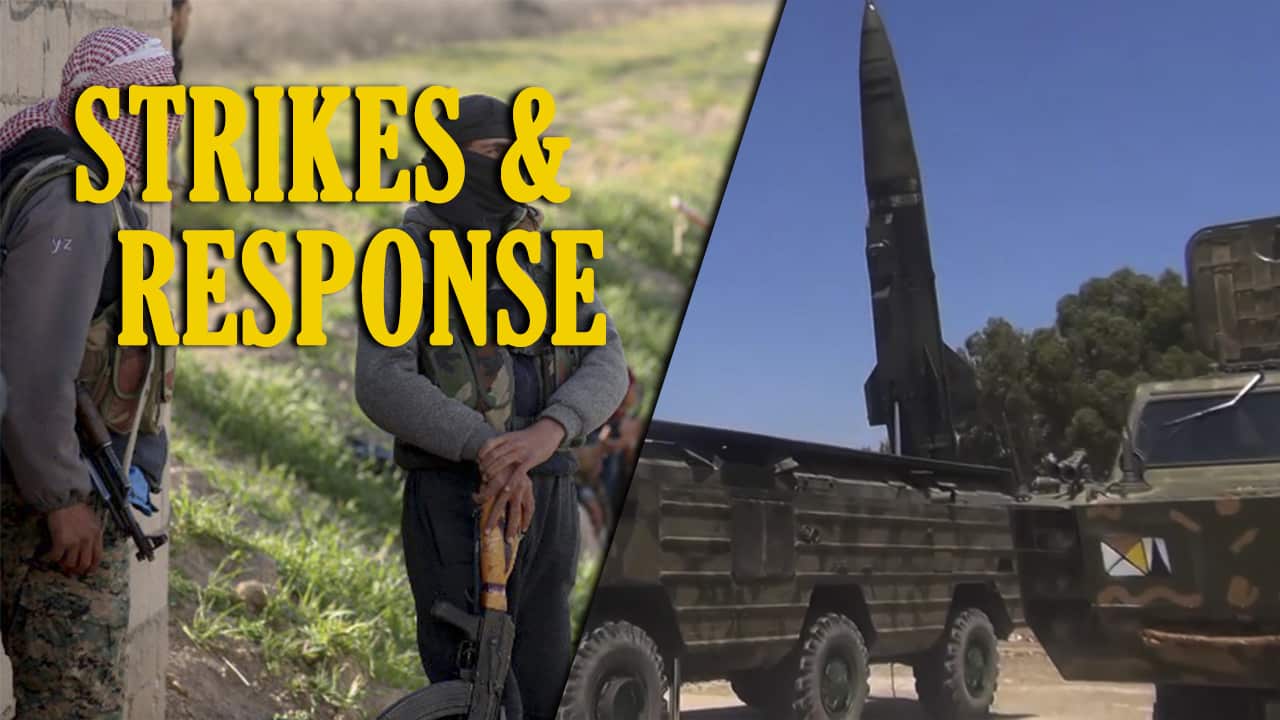 ISIS and al-Qaeda have used the recent break in counter-terrorist operations across Syria to re-group and expand their activity.

Over the past two weeks, ISIS cells operating in the Homs-Deir Ezzor desert carried out several successful attacks on positions and convoys of the Syrian Arab Army (SAA) and its allies. At least two dozens of pro-government fighters were killed and several vehicles were eliminated or captured by ISIS terrorists. The ISIS linked news agency Amaq released a series of photos showcasing the terrorist group’s successes in the area.

The expanded ISIS activity in the Homs-Deir Ezzor desert has recently become a significant issue for pro-government forces. So far, the SAA and its allies have not employed comprehensive measures to get rid of ISIS cells in the desert. If the situation remains same, ISIS will continue attacks on SAA positions and convoys and may even expand its influence in this part of Syria further.

ISIS cells continued planting IEDs and conducting ambushes on the eastern bank of the Euphrates. For example, on April 27, a car bomb exploded near barracks of the Syrian Democratic Forces in the city of Raqqah.

Hayat Tahrir al-Sham, Horas al-Din, Ahrar al-Sham and other radical groups have also intensified operations. On April 26 and April 28, militants shelled the government-held area in the province of Lattakia, including Russia’s Hmeimim airbase, with unguided rockets.

HTS attacked SAA positions in western Aleppo. A spokesman for HTS claimed that that 45 SAA soldiers and officers were killed during the clashes. These claims were denounced by military sources contacted by SouthFront. According to the sources, the SAA did not suffer from notable casualties while HTS lost several fighters. Despites this, the situation in the area remains tense.

Militant actions triggered a fierce response from the SAA and the Russian Aerospace Forces. The SAA launched a OTR-21 Tochka tactical ballistic missile at a unidentified target near the town of Benin in southern Idlib. Russian aircraft pounded terrorist positions near Kansafra, Almaouzrah, al-Sheikh Idris, Tell Huwash and nearby points. Pro-militant sources said that these actions are a blatant violation of the ceasefire regime.

In the afternoon of April 28, the Tabqah crossing, which links the government-held areas with the territories controlled by the self-administration in northeastern Syria, witnessed unusually tensions between the SAA and the SDF. According to a report by the North Press Agency, units of the SDF attempt to dig a deep trench near the crossing. This uncoordinated move provoked a response from the SAA, that advanced towards some positions in a nearby empty area known as Hawrat al-Jriat.

The crossing was closed after this incident. Attack Helicopters of the US-led coalition were seen flying over the area. The incident was exaggerated by some media outlets, which claimed that the SAA made advances against the SDF. However, all developments in fact happened in the no-man land.