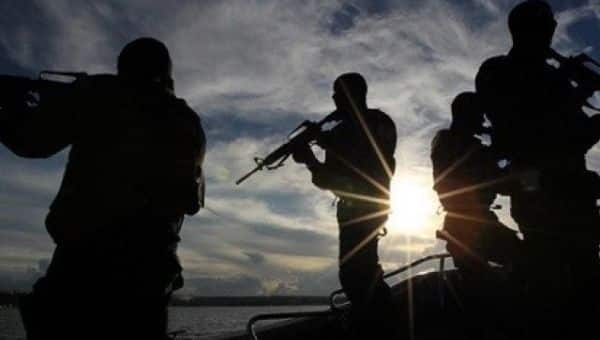 Erik Prince, the founder of the controversial private security firm Blackwater and a prominent supporter of United States President Donald Trump, has been pushing for a plan to deploy a private army to help topple Venezuela’s legitimately elected President Nicolas Maduro according to a report by Reuters.

In private meetings in the United States and Europe, Prince sketched out a plan to field up to 5,000 soldiers-for-hire on behalf of Venezuelan opposition lawmaker Juan Guaido, the illegally self-proclaimed “interim president.”

According to an unnamed source, Prince had conducted meetings as recently as mid-April.

Guaido’s spokesperson Edward Rodriguez said that the Venezuelan opposition has not discussed such operations with Prince.

The two sources with direct knowledge of Prince’s pitch said it calls for starting with intelligence operations and later deploying 4,000 to 5,000 soldiers-for-hire from Colombia and other Latin American nations to conduct combat and stabilization operations.

He is reportedly seeking US$40 million from private investors to hire soldiers which would be made up of “Peruvians, Ecuadoreans, Colombians, Spanish speakers.”

Some U.S. and Venezuelan security experts told of the plan by Reuters, called it politically far-fetched and potentially dangerous because it could set off a civil war.

A Venezuelan close to the opposition said that private contractors might be useful for providing security for a new administration if Maduro’s government is ousted by the opposition.

The report came just a day before the opposition led by Guaido initiated a plan called “operation liberty” in an effort to carry out a coup against the government of Nicolas Maduro with the help of the United States government of Donald Trump.

A spokesman for Prince, Marc Cohen, said this month that Prince “has no plans to operate or implement an operation in Venezuela” and declined to answer further questions.

“He does have a solution for Venezuela, just as he has a solution for many other places,” said Lital Leshem, director of investor relations at Prince’s private equity firm, Frontier Resource Group.

Prince was a pioneer in private military contracting during the Iraq war when the U.S. government hired Blackwater primarily to provide security for State Department operations there.

Prince renamed the Blackwater security company and sold it in 2010, but he recently opened a company called Blackwater USA, which sells ammunition, silencers, and knives. Over the past two years, he has led an unsuccessful campaign to convince the Trump administration to replace U.S. soldiers in Afghanistan with security contractors.

Since 2014, Prince has run the Hong Kong-based Frontier Services Group, which has close ties to the state-owned Chinese investment company CITIC and helps Chinese firms operating in Africa with security, aviation, and logistics services.

Prince donated US$100,000 to a political action committee that supported Trump’s election. His sister, Betsy DeVos, is the administration’s education secretary.