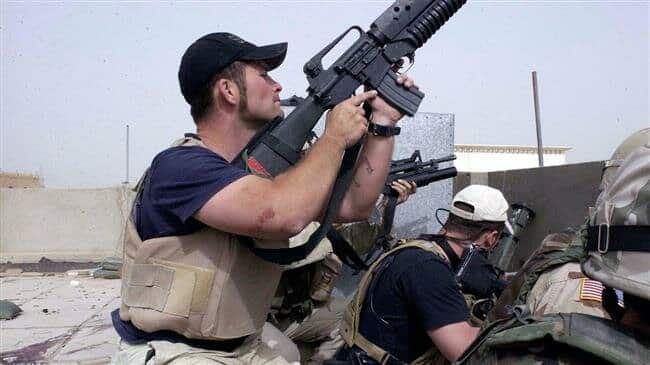 Senior Editor:  I just finished rolling coverage for Press TV which included live reports from Caracas. What we do know is that Guiado is surrounded by Americans, yes they are “Hispanic,” but they are private military contractors supplied by Erik Prins. (Prince)

We are going to watch this play out and see just how far Russia and China will go, militarily or financially, in out-leveraging a coup that it looks like Gina Haspel’s CIA has stood down for.

[ Editor’s Note: This has a strong odor of fake story to it, that Prince on his own is fishing for funding to overthrow Maduro with only 5000 mercs. Such an act would make him a shoot-on-site international outlaw.

Some idiot dreamed this scam up to give cover for what would obviously be a US-funded operation that someone feels needs to be privatized for international political cover for the death and destruction that would ensue.

Prince is swimming in dangerous waters here, where his bubble might get popped. It will be interesting to see what kind of news coverage this gets as to its flagrant illegality.

We had long predicted at VT that this private mercenary business was a huge mistake. Once the dregs of society, including more than a few veterans, are sucked into this, they will forever be looking for more work.

Once they have tasted the fast lane, and when there isn’t any protected contract work, they will roam the earth as the dangerous criminals they really are.

We have the ironic situation where their initial expensive training, funded by debt on US taxpayers, will end up subsidizing a private elite criminal mercenary class on a scale which we have never seen.

That there is not more resistance to this from our political and governmental organizations is also part of the problem. Anyone who has had expensive special ops training at taxpayer expense should be highly regulated for the rest of their lives, in terms of all their employment being monitored.

To just let them loose upon the planet is madness. They should all be in an international database so their patterns of movement can be monitored.

If nothing is done about it, that will show you who these “private contractors” are really working for, as Deep State operatives with layers of deniability… Jim W. Dean ] 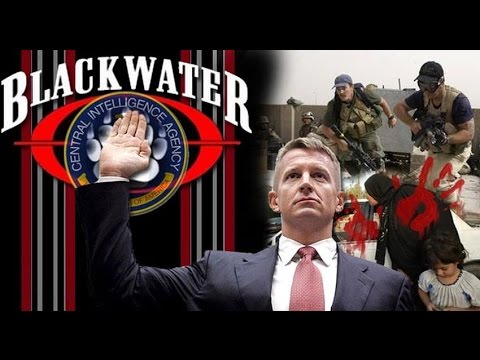 Blackwater planning to oust Maduro by sending mercenaries to Venezuela

The notorious US mercenary firm Blackwater has been reportedly lobbying with the administration of President Donald Trump as well as opposition figures of Venezuela for a secret mission to topple the Latin American country’s president, Nicolas Maduro.

The exclusive report by Reuters on Tuesday, citing four unnamed sources, revealed that Erik Prince, the founder of the controversial private security firm, who is also a firm Trump supporter, has offered to deploy an army to the South American country in order to oust Maduro.

According to the report, Prince has been mainly seeking investment and political support for his plan from influential Trump supporters and wealthy Venezuelan nationals who have long been living in exile.

The sources said he has asked for at least $40 million in funds plus a chunk of billions of dollars Venezuela has in frozen assets around the world.

In his private meetings, which stretch from the United States to several European countries, Prince has set out a plan to recruit up to 5,000 mercenaries on behalf of Venezuelan opposition leader Juan Guaido, who has challenged Maduro since January by proclaiming himself president.

The sources who had direct knowledge of Prince’s plan said it started with intelligence operations and continued by deploying to Venezuela between 4,000 and 5,000 forces from Colombia and other Latin American nations to carry out the mission.

The attempt is still ongoing as one source said Prince has held meetings as recently as mid-April. It is not yet clear which Trump officials Prince has been able to reach out to.

The mysterious line might provide clues into Washington’s secret plans to carry out military intervention in Venezuela, an option American official have said is on the table along with other economic and diplomatic measures.

A Guaido spokesman told Reuters that Venezuela opposition officials have not discussed security operations with Prince. This is while Lital Leshem, director of investor relations at Prince firm Frontier Resource Group, had recently confirmed Prince’s interest in possible Venezuela operations.

Marc Cohen, a spokesman for Prince, said earlier this month that the Blackwater chief “has no plans to operate or implement an operation in Venezuela” and declined to answer further questions. One source said Prince insists that Venezuela needs a “dynamic event” to break the political stalemate.

Maduro has denounced Guaido, who has been recognized as Venezuela’s president by a number of western nations, a US puppet looking to stage a coup.Venezuela’s key government institutions – including the military – remain loyal to Maduro despite international pressure to join Guaido.

During the Iraq war, the US government hired Blackwater to provide security for State Department operations there. In 2007, Blackwater employees sparked international outrage by killing 17 Iraqi civilians in Baghdad.

Prince renamed the Blackwater security company and sold it in 2010 after the scandal. However, he recently opened a company called Blackwater USA, which sells ammunition, silencers and knives.

He has also been trying to convince the Trump administration to replace US soldiers in Afghanistan with security contractors following Trump’s announcement to reduce the number of foreign forces in the country.

Since 2014, Prince has been running the Hong Kong-based Frontier Services Group, which provides security, aviation and logistics services to Chinese firms operating in Africa.

Prince donated $100,000 to a political action committee that supported Trump’s election. His sister, Betsy DeVos, is the administration’s education secretary. The two sources with direct knowledge of Prince’s Venezuela plan said he is seeking $40 million from private investors.