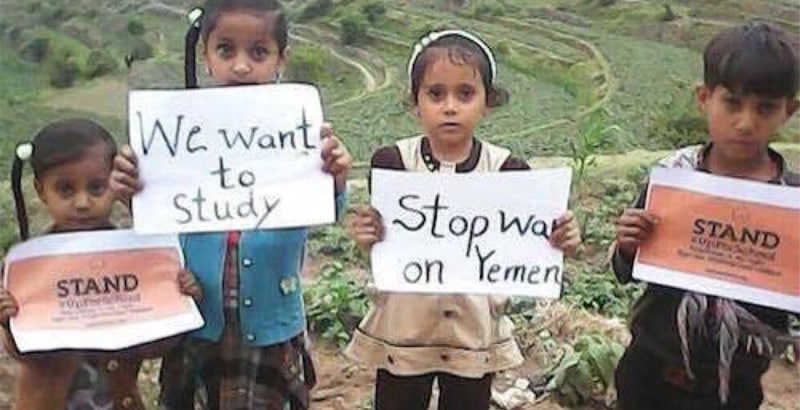 When describing politician dictator Rafael Trujillo, President Franklin Roosevelt said: “He may be a son of a bitch, but he’s our son of a bitch.”[1] Trujillo was America’s “son of a bitch,” and he was even trained with the U.S. Marines. He became a terrorist and was responsible for the deaths of tens of thousands of people.[2]

With his gang name “The 42,” he created a sort of terrorist organization which sought to assassinate, beat, and torture political opponents and dissidents.[3] Not a single politician in the United States wanted to remove him from power. In fact, he ruled the Dominican Republic for over thirty years!

We are seeing almost the same thing in the Middle East and elsewhere. Listen to this:

“Secretary of State Mike Pompeo on Monday defended U.S. support for the Saudi-led coalition in Yemen’s civil war as the Senate prepares to take a vote on President Trump’s veto of a resolution to end that support. ‘Airplanes flying through King Khalid International Airport in Riyadh are at risk, and the United States has an obligation to protect our citizens,’ Pompeo said at The Hill’s Newsmaker Series event, referencing rebel missile attacks that have hit the airport.

Pompeo unequivocally declared: “So the support we’re providing to the Saudis as they attempt to engage these dangerous missiles systems is in America’s best interest.”[4]

The logic is now pretty clear: it doesn’t matter whether the Saudi-led coalition in Yemen has killed hundreds of thousands of men, women and children. It doesn’t matter whether the covert activity is still starving hundreds of thousands of young and precious children. What matters to people like Pompeo is a “good” deal with the Saudis. Even Newsweek, of all places, reported last month that “American Bombs Have Killed Hundreds of Civilians, Including Children, in Unlawful Strikes on Yemen.”[5]

Pompeo is more interested in making a deal with a terrorist state than attempting to solve a conflict that has taken the lives of thousands of people. If that is not diabolical, then nothing is. And what is the motto of people like Pompeo? “Democracy” and “freedom”!

This same ideology is currently attempting to overthrow a government in Venezuela. And NWO puppets like Mark Rubio have already put their stamps of approval on a coup. Rubio has said:

“This is the moment for those military officers in Venezuela to fulfill their constitutional oath & defend the legitimate interim President [Guaidó] in this effort to restore democracy.

“You can write history in the hours & days ahead. After years of suffering freedom is waiting for people of Venezuela. Do not let them take this opportunity from you. Now is the moment to take to the streets in support of your legitimate constitutional government. Do not allow this moment to slip away. It may not come again.”[6]

Antonio Tajani, the president of the European Parliament, concurred:

“Today marks a historic day for the return of democracy and freedom to Venezuela—which the European parliament has always supported. The freeing of Leopold López by soldiers obeying the constitution is great news. Long live a free Venezuela!”

These people don’t care about precious lives in any country. They care about establishing a New World Order ideology which will allow them to do whatever they want. People of good will everywhere should resist this diabolical manifestation.