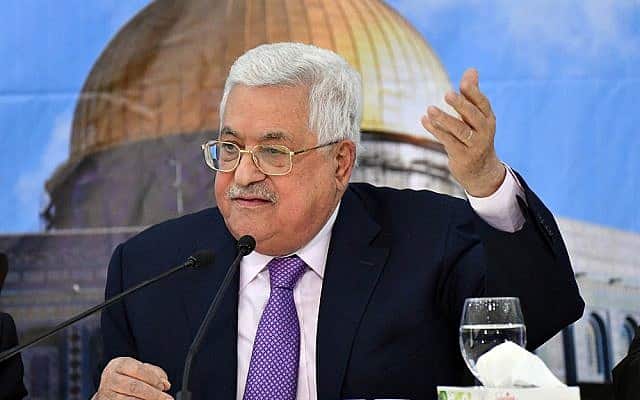 [ Editor’s Note: Ten billion was offered, but at $1 billion a year, making it an air deal. The Palestinians were not about to bite for that.

But they are still caught in a tough spot as leaked portions of the plan show moving the Palestinians into the desert into new cities, torn away from their thousands of years on the land.

Such a thing was never feasible which has be thinking it was another one of those classed deals designed to fail, like the Roosevelt ultimatum to Japan to trigger WWII.

David Irving reported that he had found that Churchill and Roosevelt had toughened up what the State Department had drafted to make sure it was unacceptable and give the Japanese no option but for war, assuming it would attack the Philippines which was deemed sacrifice-able. The rest is history.

With Bibi promising taking over the West Bank if he was reelected was also a tip off of what was in the works. The Palestinians are in a vice now, with money for widow and family pensions for all those killed or in Israeli pensions being withheld from Israeli tax revenues due the PA.

That pushes them more into the arms of the wealthy Gulf States for funding that is desperately needed. At the end of the day the party that can make the PA payroll might have the final call.

The old saying goes that power comes out of the barrel of a gun, but to that I would add, also out of a checkbook, or just a Federal Reserve book entry as the case may be… Jim W. Dean ]

The Lebanese daily Arabic-language newspaper al-Akhbar reported on Tuesday that Abbas turned down the offer, saying supporting the deal would be “the end of his political life.”

Al-Akhbar cited leaked diplomatic reports based on conversations between the two Arab politicians, noting that the reports — written by Jordanian envoy to Ramallah, Khaled al-Shawabkeh — were based on briefings with a number of Palestinian officials.

According to the Lebanese newspaper, bin Salman briefed Abbas on the contents of the American proposals during the latter’s visit to Saudi Arabia in December 2017, and asked the Palestinian leader how much his delegation’s annual budget was.

“I’m not a prince to have my own entourage,” Abbas replied. “How much money does the Palestinian Authority, its ministers and employees need?” bin Salman then questioned.

Abbas said that the Palestinians need $1 billion each year, to which the Saudi defacto ruler was said to have responded, “I will give you $10 billion over 10 years if you accept the deal of the century.”

Abbas, however, said no, because if he did, it would “mean the end of my political life.”

Bin Salman also told Abbas that Saudi Arabia and other Arab countries would help them expand their control over Areas B and C in the occupied West Bank, and provide financial support for projects to boost their economy.

The Palestinian Authority chief highlighted that political realities prevent him from taking the so-called US peace plan, emphasizing that he could not make concessions regarding Israeli settlements, the so-called two-state solution and Jerusalem al-Quds.

Abbas underscored that the Americans would not provide any written proposals, but would adopt a tactic similar to the 1917 Balfour Declaration that led to the Israeli occupation of Palestinian lands.

Trump’s so-called “peace plan” has been dismissed by Palestinian authorities ahead of its unveiling at the end of the holy fasting month of Ramadan and the formation of the new Israeli cabinet, most likely in June.

Speaking in the occupied West Bank city of Ramallah on April 16, Palestinian Prime Minister Mohammad Shtayyeh lashed out at Trump’s initiative, asserting that it was “born dead.”

Shtayyeh noted that negotiations with the US were useless in the wake of the country’s relocation of its embassy from Tel Aviv to Jerusalem al-Quds, which Palestinians consider the capital city of their future state.