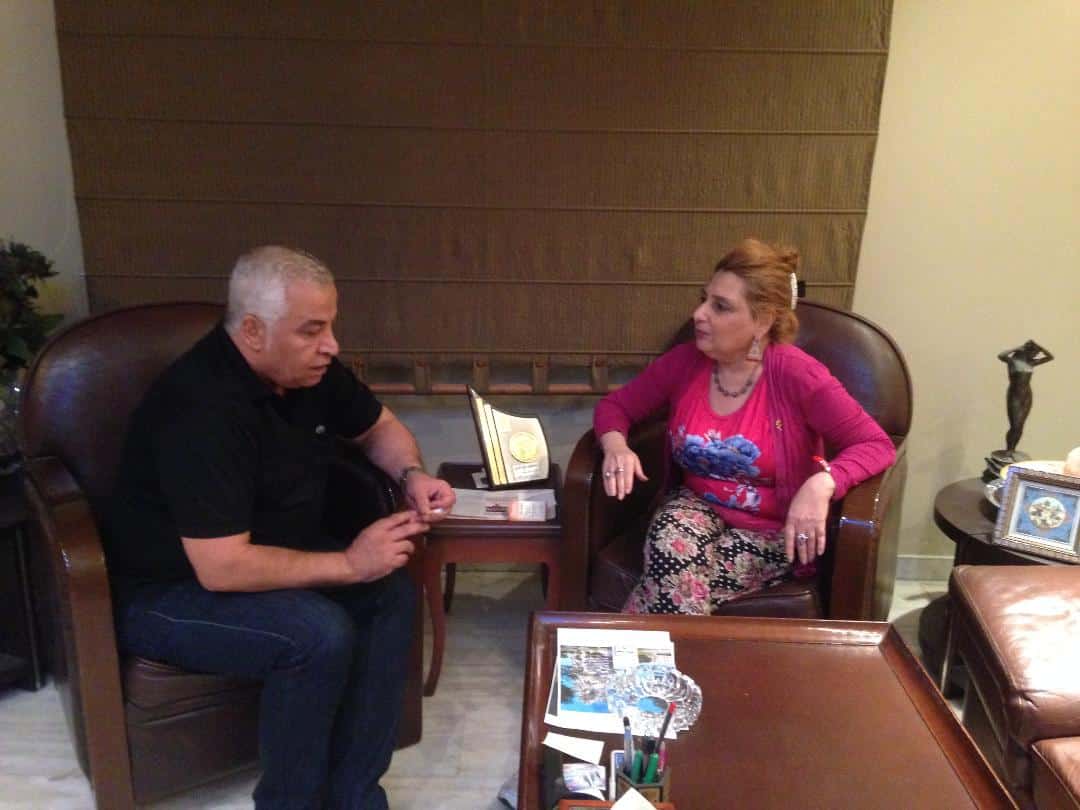 VT has a profound debate with Syrian Member of Parliament Dr. Nabil Toumeh about the true definition of America, its superiority over other nations, and the conclusion to be construed as war rhetoric and escalation looms

The Godfather deals the cards and the protégé blows the trumpet

It is a unique world-wide demonization, possessing an ideology that propagates a stockpile of hatred by which it tortures peoples, thus, erecting its throne on the bodies and skulls of millions of victims, and is determined to continue the walk the same path. It is true that America possessed the pillars of science, but it hijacked its sword, turning those who reject its presence to carcasses and skeletons.

America is the well-known and unknown adversary to all mankind, resurrected as a spiritual renaissance after accumulating the money of Europe, and by killing and building it becomes what it is now.  America is still walking the same path which is purely materialistic, and all preceding European endeavors were rudimentary and received no interest from researchers or historians despite steam and electric revolutions at that time. The United States is currently the vanguard of the global physical renaissance in technology, space science, and communications. America’s supremacy over others nations has led to an ever-lasting conflict, not between counterparts, but between unequaled rivals.

US power of seduction and pomposity is used for malicious purposes

It is a struggle between conscious and subconscious that has led to impairment, death or madness. This conflict reflects the hypocrite image of America that claims the possession of awareness for the requirements of human lives The US power of temptation and superciliousness aims to impoverish people, wrest their sovereignty and turn them into subservient entities.

More empowerment by the Dollar

America, located in a far distant place as an exceptional continent, was founded by the proclamation of the birth of a new world order in 1776, empowering itself by the Dollar that is peerless. America resembles a fan that cannot change the place, but moves the air around. It is the sole country which has overt and covert dialogue with all world countries, including proponents and opponents.

American deep mind is the source that manufactured and annihilated communism, and invented all destructive movements, namely Islamic, Christian, and Jewish. It floated Islam, and now destroying it by divide and conquer policy, so Arabs and Muslims will remain dependent on US orbit as they acquire science to achieve self-sufficiency.  America wants to keep the Islamic nation in a state of ignorance, fragility, and corruption. It instills fear amongst Muslims and Arabs and weaken the resolve of those who deviate from the delineated line.

America prevents the enhancement of any political or economic independence, not only in our country, but other country as well, is this reasonable? One may wonder. A state that initiates trouble and pain, tramples on values ​​and morals, installs tyrannies, advocates injustice, betrays trust, and makes everything forged, including medicine, food, clothing, culture and politics. In this case, Peoples live in a state of doubts and lose faith in virtues.

The Israeli wizard and the Godfather

Have you witnessed the world public opinion trend to support Zionism and its aggression against the entire Arab nation, not only in usurping Palestine, but in marketing the false truce concept worldwide? Instead of solving the problems through its emissaries, Israel complicates the issues, dissipating an evil soul that haunts the UN and its affiliated bodies, and its lobbyists challenge the whole world, except the West and America in particular.

A state that the world has been named as a superpower resides on the thrones of great nations, leads    smaller nations, down to the minors, why did it carry this name?

America believes in a strong deity

Once I met a friend who works in one of The United States embassies in the Arab world. He was in charge of the Cultural Affairs Department. We talked about why America is superpower. My friend said “We analyze all social media outlets, gossip and data, then we file the substances to the competent departments at home. However, if we do not have a diplomatic representation somewhere, our agents there perform the task. By doing this, the US has the most valuable records about the populations regarding their ways of living, and their political, cultural, economic and religious tendencies,” he added.

“We also have surveys about politicians, their aptitudes, inclinations, and their moles in the key joints of any country, hinting that any visa application submitted to the United States must go through a certain process for admission or rejection,” he remarked

We proceeded with our dialogue. The US diplomat said “they believe in a powerful God who loves the strong, whereas the meek believe that God is feeble and needs support from them,” does that make sense?

America has control over Europe, Russia, and China

Can our people and the world population learn a lesson? America reproduces the accumulated data by virtue of the availability of its laboratories. It uses Intel to conquer countries and recruit agents. America controls Europe, Russia, and China, and uses subservient countries as a base for its spying military activities.

It is true that no one on earth has the capabilities of the United States, but faith in development and hard work will get us to our destination. America is three hundred and six million people, governed by five million. It is run by the Deep State. Presidents come and go, while politics remains the same. More than 300 million Americans are from the United Nations origins. More than ninety percent of the US army recruits seek residency or citizenship, only 10 percent are Americans. Of course, all have loyalty to America within an exceptional law that gives individuals a room of liberty, but blackmails them simultaneously.

We are small countries that seek security and development, not wars, but if war is imposed upon us, our national duty is to fight the aggressor even if it is America.