The number of US government searches of travelers’ cellphones and laptops at airports and border crossings has almost quadrupled since 2015, according to a federal lawsuit filed Tuesday by the Electronic Frontier Foundation (EFF) and the American Civil Liberties Union (ACLU).

“Today’s electronic devices contain vast quantities of highly personal information that the Supreme Court has repeatedly held requires a warrant to be searched in other contexts,” the suit, which was filed in the US District Court of Massachusetts, states. “The border search context is no different.”

Tuesday’s filing follows a September 2017 lawsuit by the ACLU and the EFF against the Department of Homeland Security. The 2017 case was filed on behalf of 10 US citizens and one lawful US permanent resident whose smartphones and laptops were searched without warrants or probable cause at the US border, according to the ACLU. The lawsuit filed Tuesday also refers to the “warrantless and suspicionless searches” of the 11 plaintiffs in the 2017 case based on new information gathered by the ACLU and the EFF.

In May 2018, the court found that the plaintiffs in the case could sue the Department of Homeland Security for violating their First and Fourth Amendment rights, which protect freedom of speech and bar unreasonable searches and seizures, respectively.

“This is a win for constitutional rights at the border,” ACLU attorney Esha Bhandari said in a press release at the time. “The court has rightly recognized the severity of the privacy violations that travelers face when the government conducts suspicionless border searches of electronics. We look forward to arguing this case on the merits and showing that these searches are unconstitutional.”

Since the court ruled in May 2018 to reject the government’s request to dismiss the lawsuit, the US Customs and Border Protection (CBP) and US Immigration and Customs Enforcement (ICE) were forced to provide documents about how “warrantless and suspicionless” searches of electronic devices are conducted for their deposition testimony, according to the ACLU. In addition, CBP and ICE officials discussed — under oath — their warrantless search policies with the ACLU and the EFF, according to a press release by the ACLU. 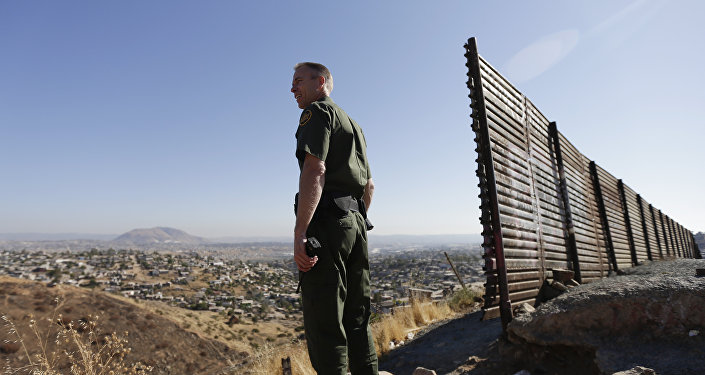 Based on the new information provided by the officials, the ACLU and EFF decided to file a motion Tuesday, asking the judge to rule in favor of the plaintiffs without a trial. In the filing, it is revealed that US border officers searched the smartphones and other electronic devices of more than 33,000 travelers last year, which is almost four times the the number of searches from just three years ago.

In addition, the new information reveals that CBP and ICE officials search travelers’ devices for “general law enforcement purposes, such as looking for potential evidence of illegal activity beyond violations of immigration and customs law.” They look for violations of laws governing tax filing, bankruptcy, environmental regulations and consumer protection, according to the filing.

Furthermore, the government agencies allow officers to save information from travelers’ electronic devices and share it with state, local and foreign government entities as they please.

“Crossing the US border shouldn’t mean facing the prospect of turning over years of emails, photos, location data, medical and financial information, browsing history, or other personal information on our mobile devices. That’s why we’re asking a federal court to rule that border agencies must do what any other law enforcement agency would have to do in order to search electronic devices: get a warrant,” the ACLU concluded in a Tuesday press release.