VT has been banned on Facebook for 4 years now, by ban, you can’t type in “www.veteranstoday.com” without the screen freezing up.  However, we just tried that with InfoWars and, surprise surprise surprise, it went right there to Alex Jones crying in his beer about the fake Facebook ban. 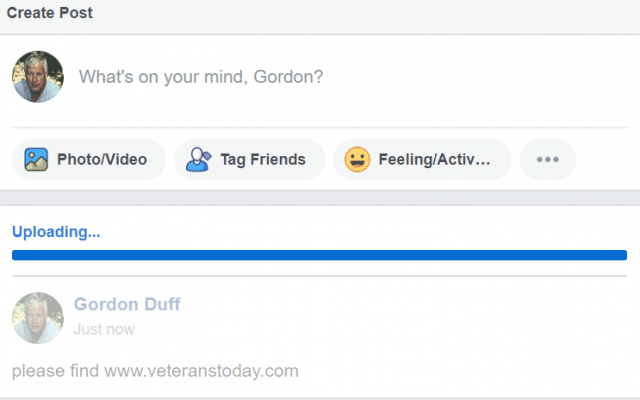 Then again, why would he be banned?  Zuckstein and Jones are “buds.” Both love Israel, love big oil, love the surveillance state and love war.

Hearing poor asshole Snoop Dog crying about the fake ban, reading about it on Russia Today, like the world was coming to an end…right next to the RT article bragging about how Senate Republicans upheld (losing 54 to 46) the right to bomb the poor people of Yemen forever.

Why exactly does Russia Today want Yemen bombed?  We know why InfoWars loves it, they are part of Israel.

I was telling someone this today….in response to a question…in fact an answer to almost any question:

“You see, we are ruled by the kids we would never have played with as children.  We knew better then but too many of us went into some kind of mental thing later on, maybe worms from eating too many Snickers bars…”

I am not saying I would have knocked Donnie Trump to the ground and pissed on him but I certainly wouldn’t have tried playing with him either.  The lying continually might have been funny but torturing small animals, stealing, picking fights and running away…I learned early on to keep away from those kids.

They all went to congress or became generals.  And so it goes…