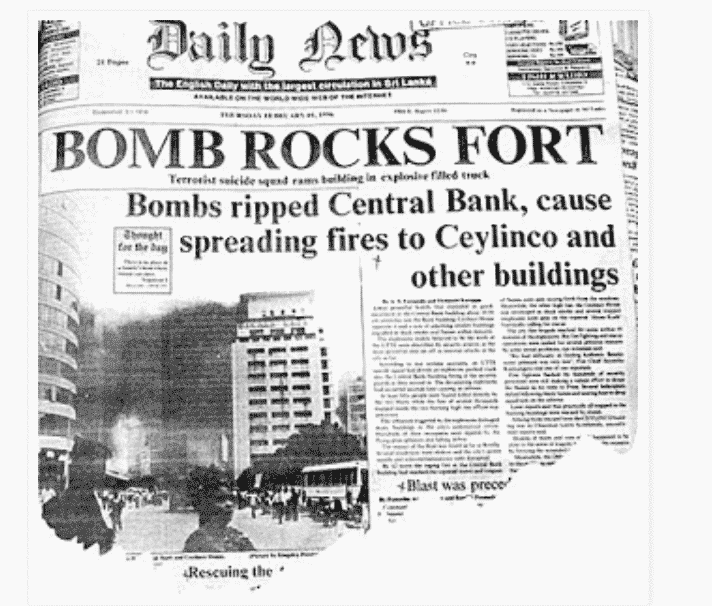 Colombo’s Central Bank Building was the site of a 1996 bomb blast, which killed at least 100.

“There were local news reports that ‘two white men’ were seen videotaping the bank building early in the a.m. and again later, after the explosion.

“In 1987, a couple of years after the Israelis began training the Tamil terrorists, came the very first Tamil suicide bomber.

“In 1990, Sri Lankan President Ranasinghe Premadasa ordered a government investigation of charges that Mossad was training both Sri Lankan and Tamil guerrilla forces.

“On May 1, 1993, Premadasa was assassinated in Colombo

“After May 2000, Israeli armaments and Israeli advisers began flooding into Sri Lanka

This photo shows the breakfast room at the Kingsbury Hotel at 08.16 in the morning, seconds before it was bombed. 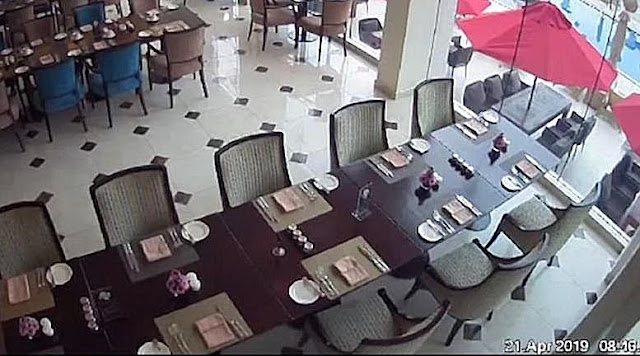 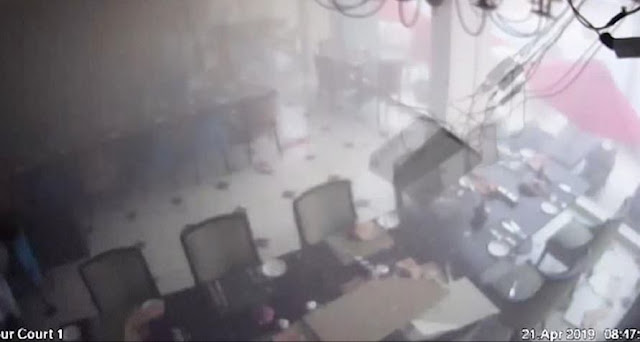 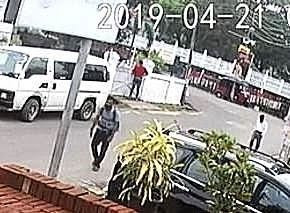 “The alleged bomber is seen checking his phone for new instructions.” 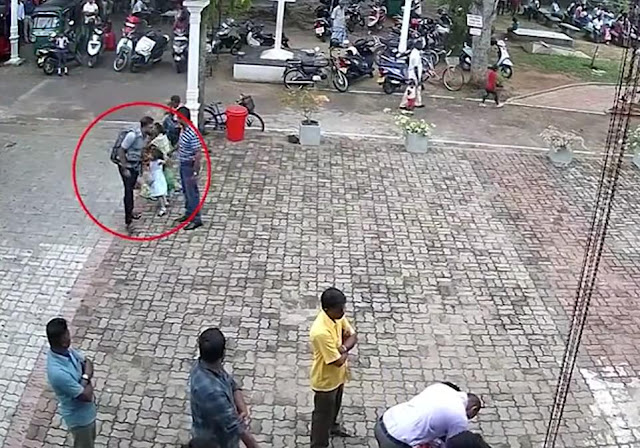