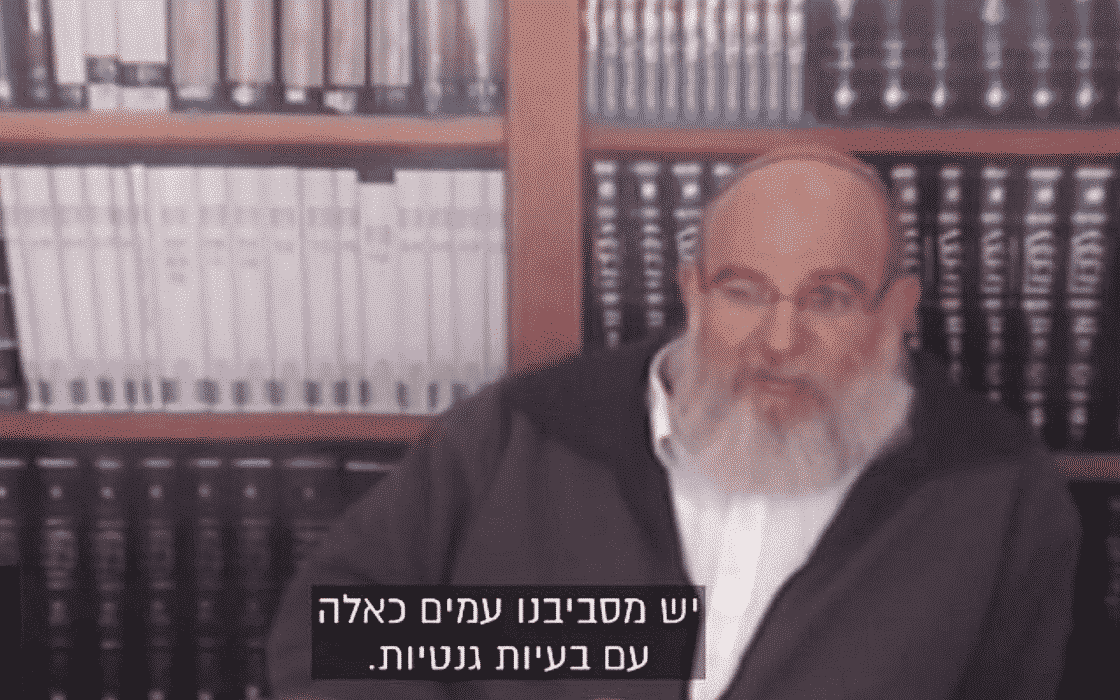 In a series of undated recordings published by Channel 13 news on Monday, Rabbi Eliezer Kashtiel, the head of the Bnei David academy in Eli, can be heard calling for the enslavement of the “stupid and violent” non-Jews due to their genetic inferiority.

“The gentiles will want to be our slaves. Being a slave to a Jew is the best. They’re glad to be slaves, they want to be slaves,” he told a class in one of the video clips. “Instead of just walking the streets and being stupid and violent and harming each other, once they’re slaves, their lives can begin to take shape.”

In the lecture, Kashtiel goes on to embrace racism against non-Jews.

“Yes, we’re racists. We believe in racism… There are races in the world and peoples have genetic traits, and that requires us to try to help them,” he said. “The Jews are a more successful race.” 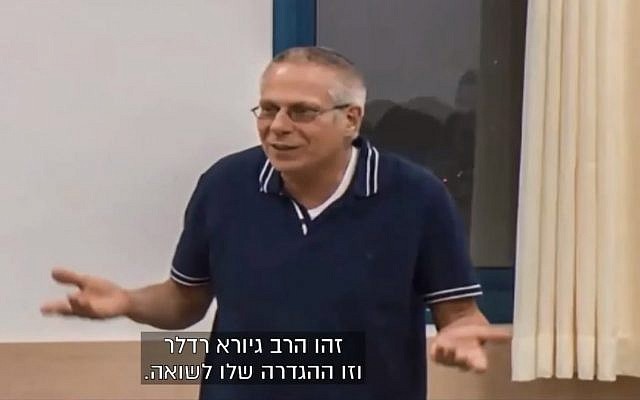 Rabbi Giora Redler, a teacher at the the pre-military academy in the West Bank settlement in Eli. (screen capture: Channel 13)

In another clip from the Bnei David Yeshiva published by Channel 13, Rabbi Giora Redler can be heard praising Hilter’s ideology during a lesson about the Holocaust.

“Let’s just start with whether Hitler was right or not,” he told students. “He was the most correct person there ever was, and was correct in every word he said… he was just on the wrong side.”

Redler goes on to say that pluralism is the “real” genocide being perpetrated against the Jewish people, not Nazi Germany’s Final Solution.

“The real Holocaust was not when they murdered the Jews, that’s not it. All these excuses — that it was ideological or systematic — are nonsense,” he said. “Humanism, and the secular culture of ‘We believe in man,’ that’s the Holocaust.”

The comments drew wide condemnation from opposition lawmakers who called for pulling all state funding to the Eli-based academy over Kashtiel’s and Redler’s remarks. 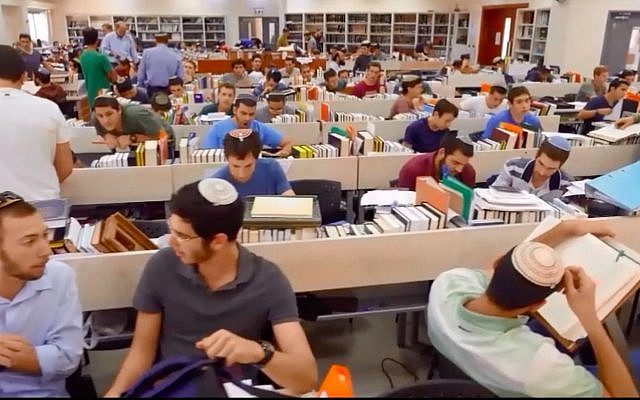 “This is not Judaism, and these are not our values,” Blue and White MK Yair Lapid said in a statement. “People who talk this way are not worthy of calling themselves rabbis… the state needs to stop funding this program until the racist rabbis are removed.”

Meretz chairwoman Tamar Zandberg sent a letter to the Education Ministry demanding that all state funding be severed in light of “the chauvinism, homophobia and hate being spewed from that academy.”

After the footage was aired on Monday, Kashtiel and Redler,  in a statement to Channel 13, acknowledged making the remarks but claimed the comments were taken out of context.

Kashtiel said he was “pained” that his “lesson on human rights” was misinterpreted, telling the network he meant the precise opposite, and was calling for “social responsibility and caring for the weak.” He said his references to slavery and racism were a “modernist-socialist interpretation” of those concepts.

In his lesson, Redler said he was simply trying to “explain Hitler’s morbid logic,” and accused the media of a “cynical smear” against him days before Holocaust Remembrance Day.

Rabbis teaching at the Eli academy — a darling of the national religious camp for funneling of thousands of religious officers into senior combat positions in the IDF — have a history of making controversial and illiberal remarks. 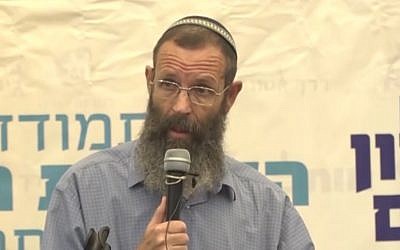 In 2016, the co-founder of the Bnei David academy, Yigal Levinstein, was recorded in class calling gay people “sick and perverted. In another lecture that year, Levinstein claimed that drafting women to the IDF was making them “crazy” and stripped them of their Jewishness.

In 2017, then-defense minister Avigdor Liberman vowed to defund the Eli academy, but the move was blocked by the attorney general for legal reasons. Instead, Liberman announced that he would restrict the number of students as a punitive measure for the “constant sexism” at the Eli academy.

Jacob Magid contributed to this report.