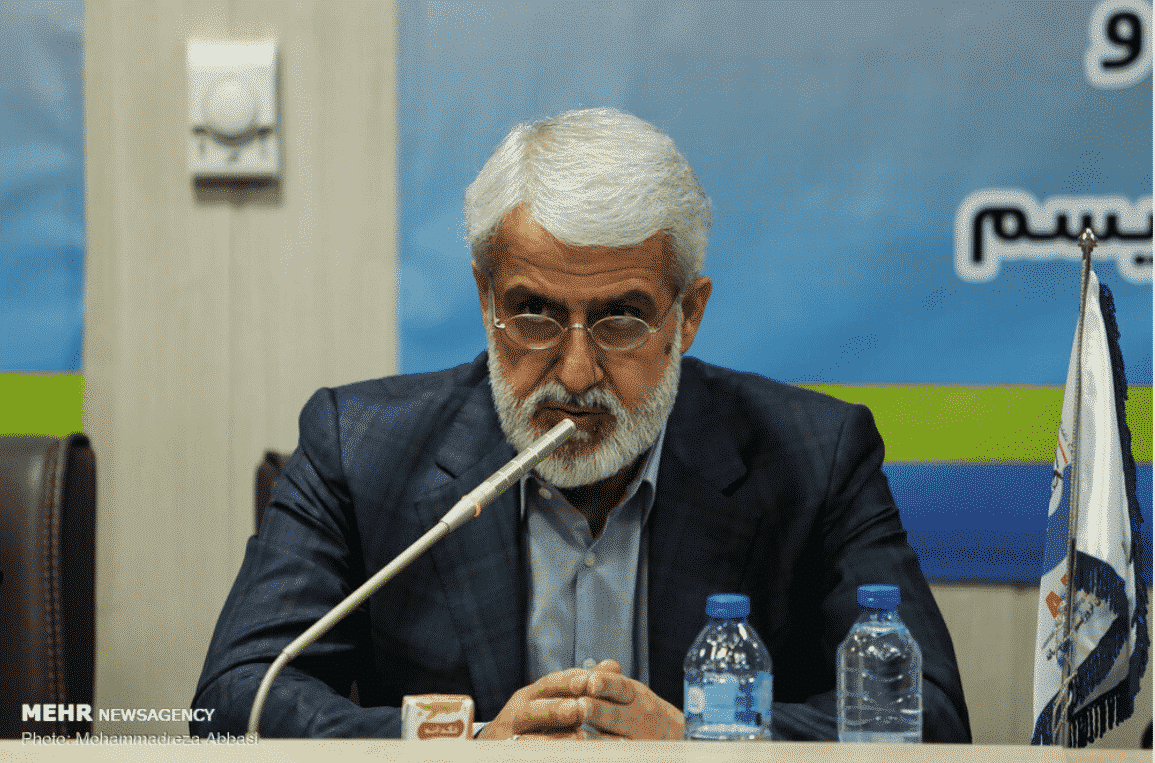 TEHRAN- “We want the world to see the true face of terrorism, and nobody can does that better than the victims of terrorism,” says Mansoureh Karami, the chairwoman of the board of in an Iranian NGO called Association for Defending Victims of Terrorism (ADVT).

Karami made the remarks on Wednesday in a meeting on “Restorative Justice and Preventing Terrorism” in Tehran.

The meeting was organized collaboratively by ADVT and the law department of Allameh Tabataba’i University.

“Once, I told an Algerian woman how I was a victim of terrorism, she was shocked and told me she thought Iranians are terrorists, rather than the victims of terrorism, when I told her about how my husband died, she cried and hugged me,” she said.

Mansoureh Karami’s husband, Masoud Alimohammadi was assassinated on the morning of 12 January 2010 in front of his home in Tehran, while leaving for university.

Masoud Alimohammadi was an Iranian quantum field theorist and elementary-particle physicist and a distinguished professor of elementary particle physics at the University of Tehran.

ADVT, first established in 2007, is a humanitarian organization that is comprised of the families of victims who died in terrorist attacks. The NGO is in general consultative status with Economic and Social Council of the United Nations.

“We can see that the west is only using many of such terrorist groups for gaining its own personal benefits, with such an opportunities approach, terrorism can never be defeated.”

According to Karami, ADTV regularly attends the UN Human Rights Council sessions, publish statements and organize panels, all aimed at discussing the problem of terrorism and how it affects the victims.

NGOs play a key role in revealing the grave impact and consequences of terrorism to the world, especially when the NGOs are comprised of direct victims of such attacks, said Mohammad Javad Heshmati, the deputy Attorney-General of Iran in judicial affairs.

Over the meeting, Heshmati noted that such NGOs are the voice of real people and can help show the world the true face of terrorist groups and terrorism.

“One of the reasons that some terrorist groups, such as Mojahedin-e Khalq are freely working in Europe, is that their true face and their crimes are not yet revealed to the world, and this is also true about many other terrorist groups,” he said.

“There should be an international determination for countering terrorism,” added Heshmati.

“The problem is the west has a biased approach toward terrorist groups, claiming some of them as the good ones and the others as the bad ones.”

“We can see that the west is only using many of such terrorist groups for gaining its own personal benefits, with such an opportunities approach, terrorism can never be defeated,” he added.

‘A black book of western policy in the Middle East’

Over the meeting, the Persian translation of the book “they that sow the wind shall reap the whirlwind” was revealed for the first time.

The book is written by German author and journalist, Michael Luders, who has been described by FALTER magazine as ‘Germany’s sharpest and most influential Middle Eastern commentator to date’.

According to Neues Deutschland, “it is a black book of western policy in the Middle East that reads like a thriller.

It tells the story of Western interference in the Middle East since the colonial era, and explains how it has given birth to the current political situation. His book reads like a political thriller – yet, tragically, it’s all true.”