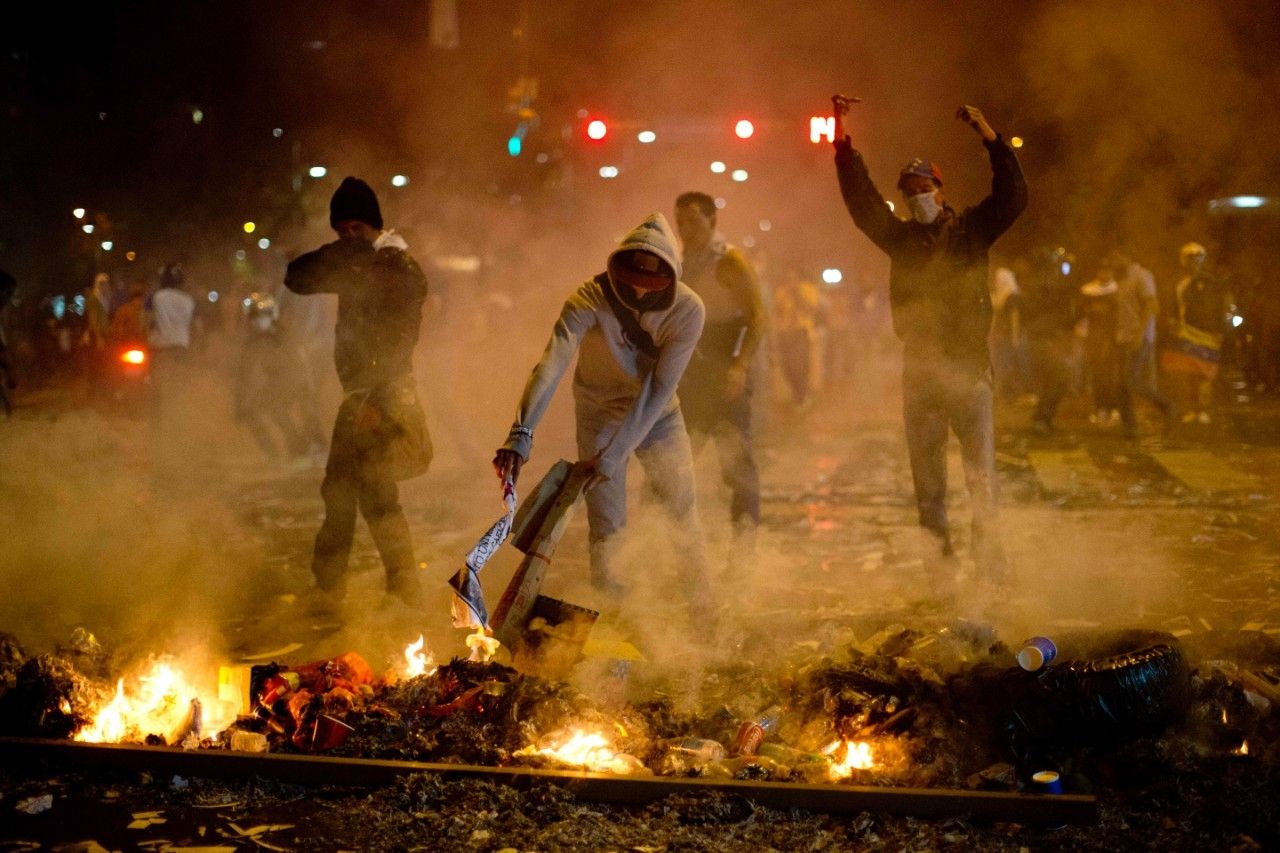 
I had a long discussion with a mush-head last February about the United States involvement in Venezuela, during which he relentlessly asserted that the United States is doing humanitarian work in the region and that Nicolas Maduro has to go because he is a dictator.

The useful idiot deliberately ignored virtually all the evidence that I presented to him, including the fact that the United States is in partnership with dictatorial or terrorist countries like Saudi Arabia. Yet no one has even remotely argued that the US needs to overthrow the government there. I simply had to stop responding to the man because he was blind on purpose, and there was not a damn thing I could do to help him. Now we have massive evidence which shows that the US involvement in Venezuela is conclusively diabolical.

In a meticulously detailed plan from “UNITED STATES SOUTHERN COMMAND,” it stated specifically that the United States is involved in overthrowing the Venezuelan government by any means necessary, including starving the population to death in order to create a food crisis. Keep in mind that this leaked document was approved and signed by Admiral Kurt W. Tidd, “who was the Commander (the chief), at SOUTHCOM.” It stated:

“Encouraging popular dissatisfaction by increasing scarcity and rise in price of the foodstuffs, medicines and other essential goods for the inhabitants. Making more harrowing and painful the scarcities of the main basic merchandises…

“intensifying the undercapitalization of the country, the leaking out of foreign currency and the deterioration of its monetary base, bringing about the application of new inflationary measures.…Fully obstruct imports, and at the same time discouraging potential foreign investors in order to make the situation more critical for the population.…compelling him to fall into mistakes that generate greater distrust and rejection domestically.

“To besiege him, to ridicule him and to pose him as symbol of awkwardness and incompetence. To expose him as a puppet of Cuba…

“Appealing to domestic allies as well as other people inserted from abroad in the national scenario in order to generate protests, riots and insecurity, plunders, thefts, assaults and high-jacking of vessels as well as other means of transportation, with the intention of deserting this country in crisis through all borderlands and other possible ways, jeopardizing in such a way the National Security of neighboring frontier nations. Causing victims and holding the Government responsible for them. Magnifying, in front of the world, the humanitarian crisis in which the country has been submitted to.”

“Structuring a plan to get the profuse desertion of the most qualified professionals from the country, in order ‘to leave it with no professionals at all’, which will aggravate even more the internal situation and along these lines putting the blame on of Government…The presence of combat units from the United States of America and the other named countries, under the command of a Joint General Staff led by the USA.”

The entire document can be read online, and it states over and over that the coup is a plan to reinstitute “democracy” in Venezuela:

“Democracy spreads out in America, continent in which radical populism was intended to take over. Argentina, Ecuador and Brazil are examples of it. The rebirth of democracy has the support of the most valuable determinations, and the conditions in the regions run in its favour. It is the time for the United States to prove, with concrete actions, that they are implicated in that process, where overthrowing Venezuelan dictatorship will surely mean a continental turning point. It is the first opportunity of the Trump Administration to bring forward the vision in reference to security and democracy.”

It also states very explicitly that the United States and other covert entities need to “increase the internal instability to a critical level.” In other words, if there is chaos in the streets, then the United States needs to put gas on that fire and make it more intense!

If that is not diabolical, then what is?

One is forced to ask: why do news outlets and political whores annoy the average American with fake news such as Maduro is the main cause of the food crisis in the region? Why don’t they present actual facts as opposed to hoaxes and lies?