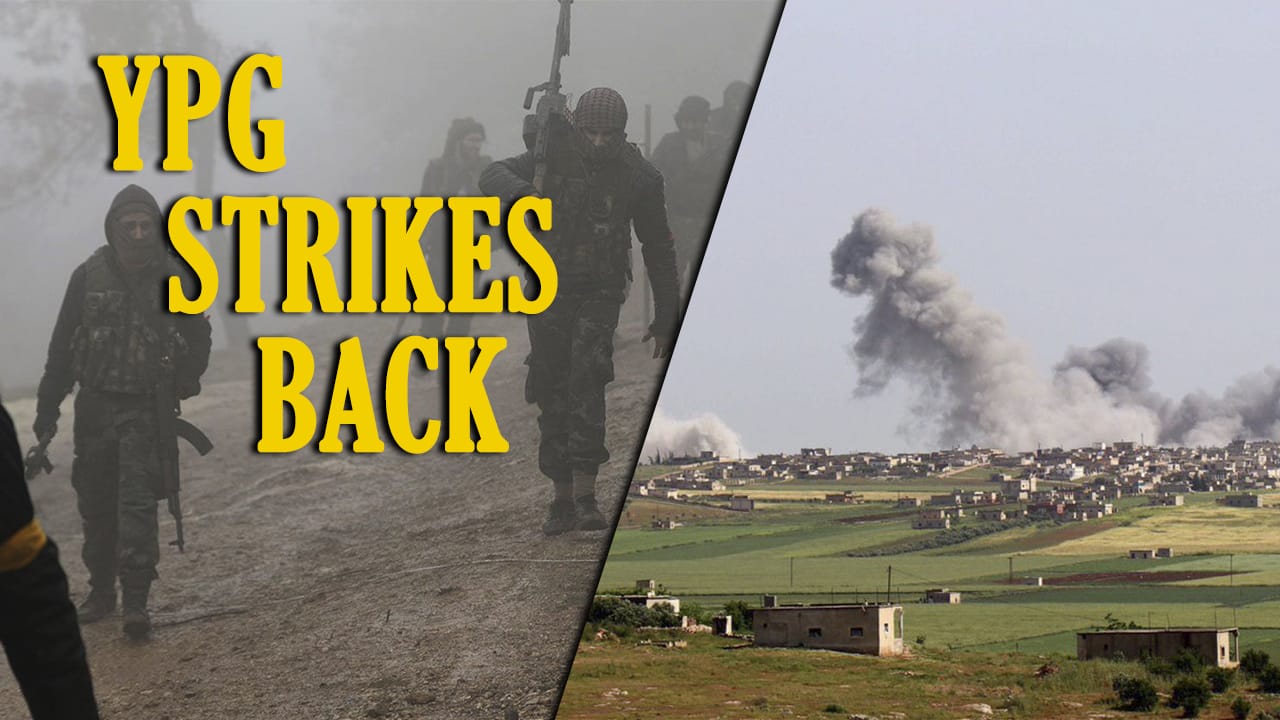 The Idlib de-escalation zone and the northern part of Aleppo province are now two main sources of instability in Syria.

On May 4, the pro-Turkish National Syrian Army (NSA), backed by Turkish special forces, launched a surprise attack on positions of the Kurdish People’s Protection Units (YPG) in northern Aleppo. The NSA briefly captured the town of Ma’arnaz, but then were forced to retreat under pressure from the YPG.

Later on the same day, the so-called Afrin Liberation Forces (ALF) released a statement claiming that at least 40 NSA members were killed and 30 others were injured in clashes for Ma’arnaz. These claims are not based on any visual evidence.

Pro-Turkish sources claimed that multiple mines and IEDs set up in Ma’arnaz were among the key reasons of the NSA withdrawal. Lebanon’s al-Mayadeen TV also reported citing own source that at some moment the Syrian Arab Army (SAA) intervened in the situation to allow a surrounded Turkish special unit to withdraw from the area as a “gesture of goodwill”.

The ALF is a brand used by the YPG in order to hide its military activities against Turkey and its forces. The YPG is a core of the Syrian Democratic Forces (SDF), which are a de-facto proxy of another NATO member state, the US.

In a separate development, the SAA reportedly shelled a Turkish observation post near Shir Mughar in northwestern Hama. According to reports, the Turkish position accidentally came under fire because of its close proximity to positions of terrorists. Over the past few days, Syrian and Russian forces have delivered over two hundreds of strikes on terrorists positions in the provinces of Hama and Idlib. The strikes came in response to an increased shelling of government-held areas by militants hiding in the Idlib de-escalation zone.

In the late hours of May 4, the Turkish Defense Ministry said that 2 of its soldiers were injured in a mortar attack near the town of Shir Mughar. The official statement didn’t identify the side responsible for the shelling.

The Russian Defense Ministry came with a warning that militants led by members of Hayat Tahrir al-Sham are massing in the southern part of the Idlib de-escalation zone. Militants are building up their forces near Latamina and Kafr Zita. According to the Russian side, this strike group may soon launch a large-scale attack on the government-held part of Hama.

These developments came amid circulating speculations that the SAA is preparing for a military action in the Idlib de-escalation zone. However, this scenario remains unlikely if no significant incidents involving large-scale civilian or personnel casualties happen soon.

The SDF and its political leadership are working to strengthen their grip on northeastern Syria. On May 2, the US-backed group held the “Syrian clans conference” in Ein Essa. It was attended by senior officials of the SDF and other local figures affiliated with the US-led coalition.

During the event, the SDF Commander-in-Chief, Ferhat Abdi Sahin, revealed that the group is involved in “indirect talks” with Turkey in order to settle the existing differences.

The Damascus government described the event as “a meeting of treason, treachery, and subjugation.”