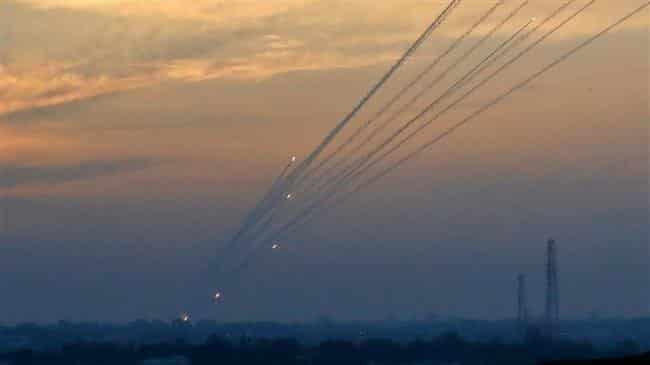 [ Editor’s Note: We have once again ridden the Gaza-Israel rollercoaster, where Israel initiates its usual turkey-shoot with massive firepower, prompted by an angry Gazan firing off a rocket for a relative that has been killed.

Bibi gets to play the big defender, and Hamas gets to show off that it can still shower Israel with rockets, and this time overwhelming the iron dome. But Hamas paid a big price for this, as the IDF was unleashed to do target killing of Hamas leaders and got a bunch of them.

Outside observers might view this as a warped love-hate affair, where both want it to continue, as it gives them total control over their respective peoples.

But I must say, how Hamas can continue to build large numbers of these rockets with a full blockade on it is beyond me, especially after all of the Egypt-side tunnels were closed. I see no end in sight, possibly even in my lifetime. … Jim W. Dean ] 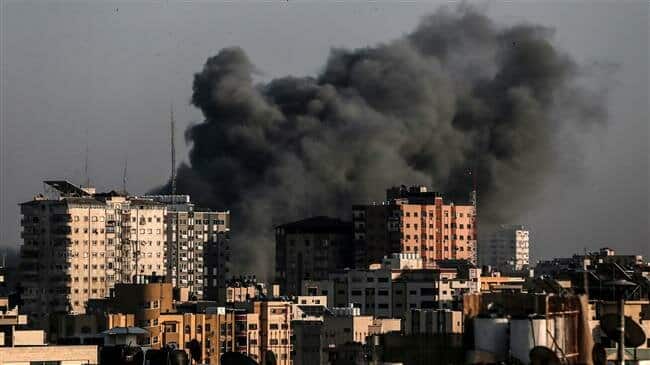 The military wing of the Palestinian Hamas resistance movement Hamas says it successfully “overcame” Israel’s so-called Iron Dome missile system during its recent confrontation with the Tel Aviv regime thanks to its new rocket-launching tactic.

Abu Obeida, a spokesman for the Ezzedine al-Qassam Brigades, said in a social media post on Monday that the fresh rocket-launching tactic had overwhelmed the so-called Iron Dome missile system, leading to the deaths and injuries of numerous Israelis in two days.

“The Qassam Brigades, thanks to God, succeeded in overcoming the so-called Iron Dome by adopting the tactic of firing dozens of missiles in one single burst,” he said.

“The high intensity of fire and the great destructive ability of the missiles that were introduced by the Qassam [Brigades]… succeeded in causing great losses and destruction to the enemy,” Obeida noted.

Israeli aerial assaults on Gaza prompted the most intense fighting between the regime and the Palestinian resistance fighters since Tel Aviv’s bloody war on the blockaded enclave in 2014.

In retaliation, the Palestinian fighters fired around 700 rockets from Gaza into the occupied territories, killing four Israeli settlers and injuring at least 80 others over the weekend. In the course of Israel’s seven-week war in 2014, five Israelis died and 67 others were wounded.

Israeli media reported that the “Iron Dome” intercepted only 240 of the projectiles, adding that some 35 rockets and mortar shells had struck populated areas over the course of Saturday and Sunday.

In an interview with The Jerusalem Post, former head of Israeli military intelligence’s research department, Yaakov Amidror, revealed that the “Iron Dome” had failed to intercept all the missiles launched from Gaza due to a number of reasons.

According to him, one of the key issues was that some of the rockets were launched from a very close range, giving the Israeli system next to no time to react and intercept them. He added that in general the rockets launched from the Gaza Strip are not unique and are “within the capabilities of the Iron Dome.”

Another reason for the failure, the military expert explained, is the system’s peculiar design, which makes it ignore missiles aimed at areas it deems empty or uninhabited.

Meanwhile, Israeli Prime Minister Benjamin Netanyahu has claimed that the Tel Aviv regime changed the rules of engagement in Gaza in the past few days.

“We have changed the rules of the game, and Hamas understands this very well. With that, it is clear that this is not the end of the campaign, and I therefore gave instructions to prepare for what will come next, and gave directives to leave armored and artillery forces around the Gaza Strip,” he said.

Netanyahu further said Israel had officially renewed its old policy of targeted killings of “senior terrorists,” a term he used in reference to members of Hamas and Islamic Jihad resistance groups, and claimed that the Tel Aviv regime had killed “dozens of them” over the weekend.

On Sunday, the Israeli military specifically targeted a Hamas member in Gaza, Hamed Ahmed Khudari, by bombing his car, marking the first targeted killing since the 2014 Gaza war.

The fresh Israeli aggression killed 27 Palestinians and wounded dozens of others in the attacks. Two pregnant Palestinian women and two infants were among the dead. The two-day Israeli onslaught also demolished or damaged hundreds of Palestinian homes in Gaza.

The conflict came to a halt on Monday following a ceasefire between the two sides. Tensions erupted on Friday after the killing of four Palestinians, two in an Israeli air raid on Gaza and two during the regime’s live fire at anti-occupation protests.

Meanwhile, Hamas spokesman Sami Abu Zuhri said that although the recent flare-up in Gaza had come to an end, the wider conflict would continue. “The resistance managed to deter” the Israeli military, he said, according to Israeli Kan public broadcaster.

“Our message is that this round is over, but the conflict will not end until we regain our rights,” he said.

The ceasefire, however, has angered Israelis, who say they are tired of having to run to shelters.

“In a month, in two weeks, in a month and a half, it will all happen again — we achieved nothing. I think Israel needs to strike them very, very hard so that they learn their lesson,” said Haim Cohen in Ashdod, located 25 kilometers north of the Gaza Strip.

In Ein Hashlosha, a kibbutz about a mile and a half from Gaza, Meirav Kohan, 46, said she was shocked and disappointed at the truce.

“This is a war of attrition” she said, adding the Tel Aviv regime “is not looking for a long-term solution to bring us peace. There’s no policy. We’re just pawns in a game.”

Israel says its warplanes targeted some 350 sites in the Gaza Strip. The tiny coastal territory has been under Israeli land, air and sea blockade for over a decade.