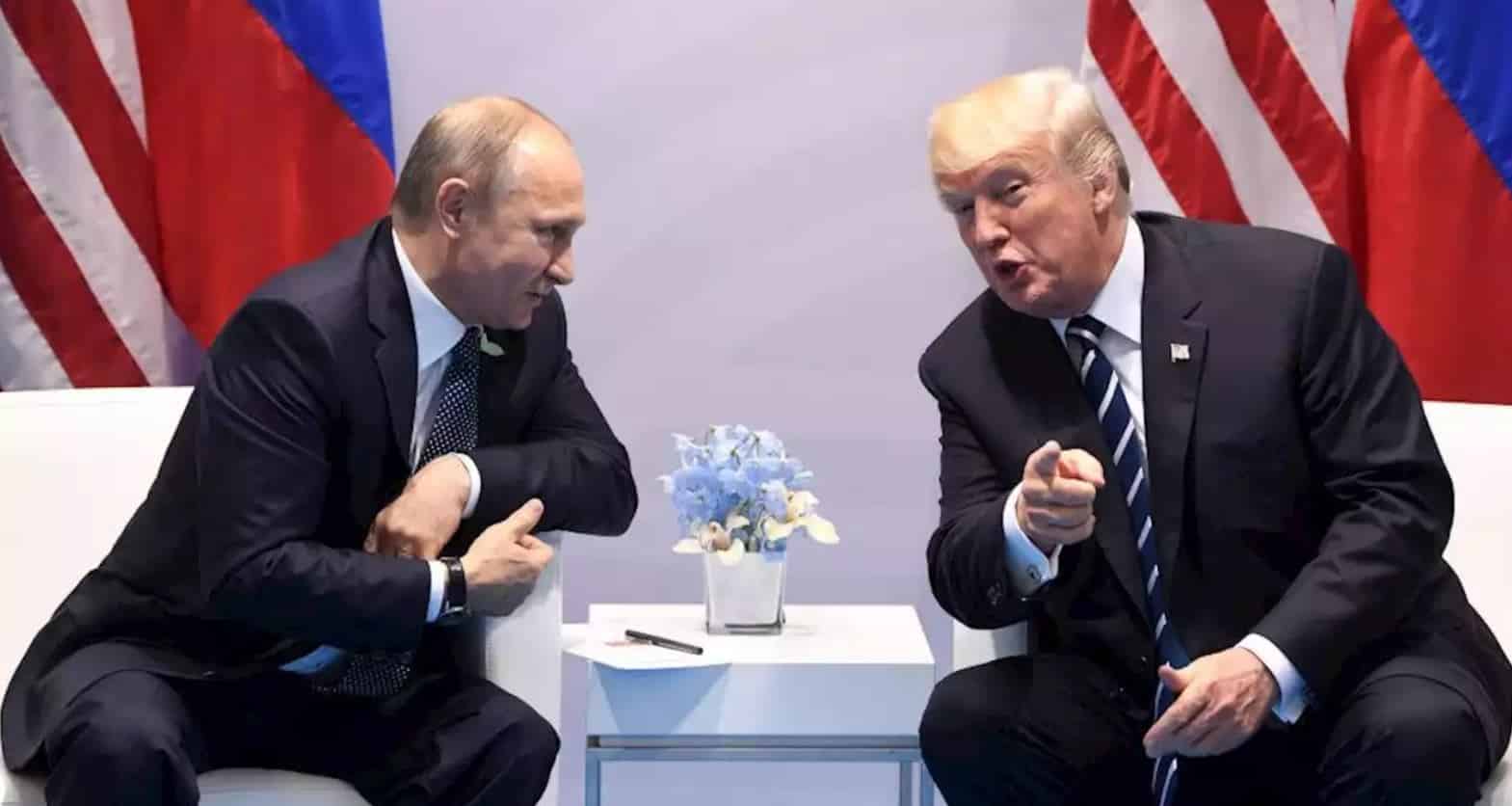 Every day that passes the schizophrenia of the global media reaches paroxysmal levels that would justify the TSO (Compulsory Health Treatment) for some journalists that it is really hard and embarrassing for me to define colleagues.

Being pennivendoli (media whore or someone who sells his pen) in the pay of Masonic lobbies-financial gunsmiths obviously get the coverage of the Regime of Terror that decides what is the phobia to pursue is the one to ignore. It is astonishing how crude and ridiculous the alarm launched by La Stampa against the alleged interference by Russia at the upcoming European elections.

The daily newspaper that belonged to the Agnellis, expatriates with Fca to enjoy the facilities of an administrative office in the Netherlands and a tax office in England to pay taxes in British pounds to the British Kingdom where Freemasonry was born (London Grand Lodge, June 24, 1717) putting himself already in the shelter of an eventual crack of the Euro, he dedicated an ample report to the reports of the American FBI (Federal Bureau of Investigation) on the attempts of influence of Moscow to the consultations of May 26 for the renewal of the European Parliament .

A shriek of media alarmism that follows a few weeks the complete filing of the US investigation into the RussiaGate case in the election of Donald Trump from the White House, as it lacked any influence. Obviously the Turin newspaper, ironically nicknamed the Busiarda by the citizens of the Piedmontese capital certainly not for its reliability, is careful not to mention the fact that Russia has failed its financial contribution to the Council of Europe, an international organization whose purpose is to promote democracy, human rights, European cultural identity and the search for solutions to social problems in the Old Continent, only in 2018:

According to a libertarian and democratic logic, Moscow would therefore also have all the right to do politics in Europe but in fact it is very cautious precisely in order not to make it seem that the Kremlin deals with different things in defense of its national territory, its resources and his international affairs such as those with countries targeted by the DIS, Deep International State, such as Syria, Iran and of course more than ever Venezuela.

For 4 years after the absurd sanctions for the killer coup on the Euromadian square in Kiev. According to a libertarian and democratic logic, Moscow would therefore also have all the right to do politics in Europe but in fact it is very cautious precisely in order not to make it seem that the Kremlin deals with different things in defense of its national territory, its resources and his international affairs such as those with countries targeted by the DIS, Deep International State, such as Syria, Iran and of course more than ever Venezuela.

THE ATTACK ON FRIENDS OF RUSSIA ON THE PRESS

of this group of counterinformation and ideological pluralism I am honored to be a moderator (as I am overjoyed to be the administrator of the smaller Amici di Putin) and I stress right away that it was born three years ago or in absolutely unsuspected times and far from the European elections.

As I have repeatedly stated in various articles if as a journalist I had accepted in 2000 the co-optation of Freemasonry proposed to me by two directors of a major bank together with the editor of the local newspaper I was directing and if I had accepted the suggestion to collaborate with the CIA yelling at an authoritative magistrate, I would probably have a salary of 10,000 euros today and would write the same things functional to that New World Order to which Masonic lodges refer, Bilderberg and Trilateral Commission in which the owners of La Stampa are splashing like sharks on the coasts of the Autonomy.

Instead I made the fatal rejections (as also to the Rotary prodromo of the aforementioned factions) and today I am in dignified poverty with the professional satisfaction of being a correspondent from Italy for the American site of geopolitics and military intelligence managed by ex Us Marines veterans of Vietnam who have worked for decades as CIA agents before becoming disgusted; just as were those honest Sicilians who saw the US 007 working with Cosa Nostra of the boss Lucky Luciano since 1943. And I can also be pleased with the publication of some articles on Venezuela and Isis also on Sputnik Italia,

A PERSECUTION TO THE PLURALISM OF INFORMATION 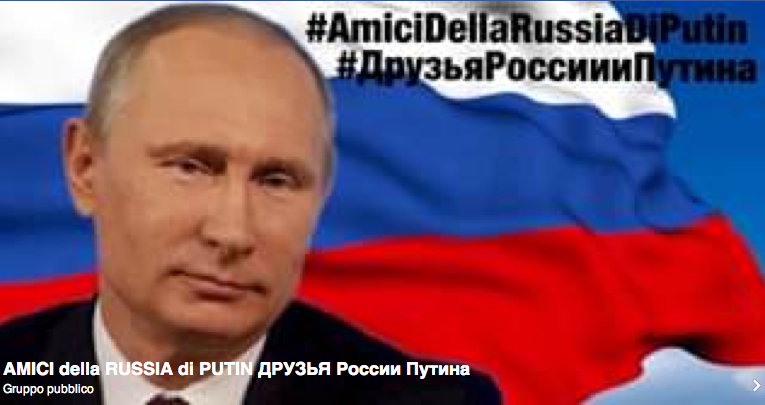 But attacking Putin’s Friends of Russia group is shameful but above all ridiculous: because one wants to support a Russophobia, an absolutely racist practice towards an ethnic component that is today less protected than the pedophile Muslims and women floggers, but above all a group in which they certainly populist, sovereign, anti-European, anti-Islamist and anti-partisan emerges emerge, but they represent only 40% of the over one hundred posts filtered every day in which there are also anti-Salvini arguments passed off as activists of the 5Stelle Movement, notes of censorship to some diplomatic errors by Putin ( I published an article myself a few days ago), No-Vax and Pro-Vax news reports, alarms about persecution of evangelical, orthodox and non-evangelical Christians.

But also news on the massacres of Muslims in the world for the jihadist battles of the Sunnis against the Shiites. Obviously there is also some news on Russia, every now and then, like an interview with the president of the IU, the Italy-Russia Interparliamentary Union, a bilateral commission that represents a link between the Rome Transatlantic and the Moscow Duma, the vice-group of the League of the Chamber of Deputies, the Honorable Alessandro Pagano, who represents the internal balancing within the party of Matteo Salvini who expressed as former Foreign Secretary Guglielmo Picchi, ex Berlusconi, manager in expectation of Barclays and very close to the US as for Israel.

The ON. PAGANO (LEGA): “IN PUTIN THE NOBEL FOR PEACE”

MONDIALISTA ROTHSCHILD AT THE SALVINI COURT

AN ATTACK TO THE CANDIDATE ADMINISTRATOR OF THE LEAGUE

I do not enter into the merits of the absurd biases with which the journalist of La Stampa has subtly alternated the news with greasy condiments of pindaric opinions, thus ending up manipulating the statements of the administrator of the Fb group Andrea Nanetti, candidate of the League to the Municipal Council of Modena therefore obviously in the crosshairs of anti-sovranist globalists, because it would mean giving dignity to rudiments without foundation.

I note that for a person of wisdom, culture and morality it is easy to love Mr. Vladimir Putin as he is today probably the best statesman in the world: capable of defending Christianity by accepting a moderate religious multiculturalism and the construction of mosques, expert in relating to delinquent tyrants to dictate the dictatorial follies but inflexible to punish terrorist attacks; strict only against the spread of anti-naturalist ideologies such as the transgender ones, but persecuting propaganda towards children but not omosex or transex adult practitioners, and ISIS. But also the only head of state on the globe to have worried about the repatriation of the innocent children of the jihadist terrorists Foreign Fighter in the Middle East.

CHILDREN IN PRISON ONLY BECAUSE OF CHILDREN OF JIHADISTI

I proudly recall that Putin’s Friends of Russia group is beautiful, alive, strong and followed mainly because it is pluralist and an expression of that need for truth congenital to the Italian people raised on the Cia-Mafia falsehoods and collusion and hidden partisan crimes, culminating in the massacres and femicides atrocious and absurd pepetrati red fighters after April 25, 1945, or in time of peace, self-evident in emulation of the executions of the sans-culottes Jacobins of the French Revolution and unpunished massacres of Stalin in the USSR, as well as in repeated massacres in Eighties in Italy in the shadow of Gladio. Read the articles on the Gospa News Masonry and Conspiracy menu pageto review the real story. Friends of Putin’s Russia is therefore a group that guarantees that pluralism of information that is the most beautiful flag of democracy and freedom of expression enshrined in the Italian Constitution but too often today ignored by the Masonic mass media in Turin, in the middle of Nineteenth century, they even persecuted the Marquise widow Giulia di Barolo acclaimed Servant of God by the Church for her philanthropy towards orphans.

That’s why our group grows despite boycotts and occasional obscurations while newspaper readers are falling. Therefore, let us toast to the fruit-based globalists … Nasdrovie Friends of Russia!