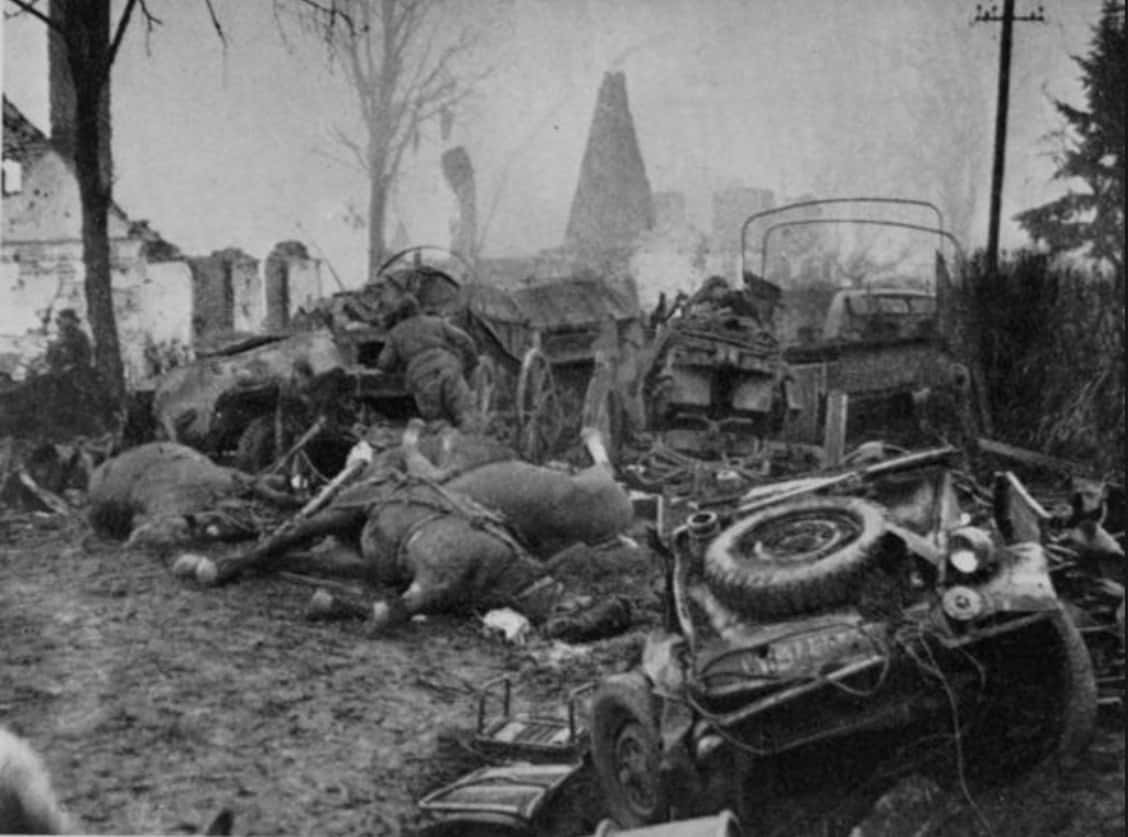 By Galima Galiullina for VT

Instead of an epigraph: In World War II the Soviet Union lost more than 27 million of its citizens. 19 million of them were civilians. 4 million Soviet soldiers died in captivity in German concentration camps. Of the Russian boys – 18 years old born in 1923- drafted into the army in 1941, just 3% of them came home.

My father was a soldier at the 3rd Belorussian Front, and was severely wounded on the outskirts of Konigsberg. He returned home without a few ribs (broken by shrapnel) and pieces of steel in his legs from the same shell. He rarely shared with us children his memories of those days. But in his stories, I never heard hatred of Germans. They were the enemy, and he killed them in a fair fight, but hatred was not a heavy burden laid down in the heart of the old warrior.

A few years after his death, I met with one of the soldiers of the German army, who came to fight in our land. His name was Erich Fischer, he came to a seminar on Russian-German relations, organized in Chelyabinsk by the Ebert Foundation. Having heard that 65 years ago he was a prisoner of war at a camp in Kopeysk – a small mining town near Chelyabinsk, I learned from him the following story:

When I was 16 years old I was sent to the Eastern Front near the end of the war. Very soon I was captured. The train in which we were driven to the Urals, took us through the ruins of cities and ashes of Russian villages. Empty deserted fields and crowds of deeply tired women with hungry children floated before our eyes. I went to the camp in the mining town Kopeysk. In the camp, I became seriously ill and was taken to a hospital. I was lying in the room, and next to me was another 16-year-old soldier, a member of the Hitler Jugend, crying from the unbearable anguish. He told me:

“We will certainly be killed, we will never return home. You saw what we did to their country! They just cannot let us live!”

I could not offer him any consolation, I agreed with him and prepared myself for death, mentally saying goodbye to those whom I was not destined to see and embrace again. I knew that we deserved death.

And once in the ward a commission of officials appeared. My heart ached with fear. The lady among them – a doctor leaned over me, looked into my eyes and … like a bolt from the blue, her words were:

“This child will go home! Arrange the papers!”

Not believing in the miracle of salvation, I dressed, my heart beat in a crazy rhythm, I staggered out of weakness, but hurried out into the street. Home! I breathed in the air of the street, the smell of August – when the air is filled with the aroma of apple orchards. I leaned against the wall to catch my breath. A woman passing by, looked at me and suddenly handed me an apple!

I sank my teeth into the juicy apple pulp and wept. I planted seeds of that apple near the fence of the hospital with the hope that one day an apple tree will grow there. In those minutes I gave myself two oaths. One was that when I get home, I will devote all my life to war against the war. I became a writer and fulfilled my oath by writing a few honest novels about the real war.

The second oath was that sometime in the future I will certainly go back to Russia, to your endless birch forests, which I remembered all my life. And here I am!

Marveling at Mr. Fischer and his fateful story, I told him my father was at that war and was seriously wounded by shrapnel. But today, listening to you, I do not hate you. Well, you came and saw our endless birch forests!

Many years have passed since that meeting, and now I think why Russia, losing 27 million soldiers and civilians in the war against fascism, has not turned into a country that lives by hatred? How they were able to re-open their hearts for love and joy?

The answer is simple. It is the nature of Russian people for hatred of the enemy to live exactly until the hour of victory. Next, mercy comes. Again, and again we give a chance to man’s human nature, and this is one of the secrets of Russian power.