When Apocalypto came out in 2006, A. O. Scott of the New York Times declared that Mel Gibson is “a serious filmmaker.”[1] Ty Burr of the Boston Globe concurred: “Gibson may be a lunatic, but he’s our lunatic, and while I wouldn’t wish him behind the wheel of a car after happy hour or at a B’nai Brith function anytime, behind a camera is another matter.”[2] Apocalypto received numerous other prizes, and Gibson, we are told, was at the top of his game.

The following review is an assessment by E. Michael Jones, one of the most interesting writers of our time. His books such as Libido Dominandi: Sexual Liberation and Political Control, Barren Metal: A History of Capitalism as the Conflict between Labor and Usury, Monsters from the ID: The Rise of Horror in Fiction and Film, and Living Machines: Bauhaus Architecture as Sexual Ideology, The Angel and the Machine: The Rational Psychology of Nathaniel Hawthorne, have been well-received. 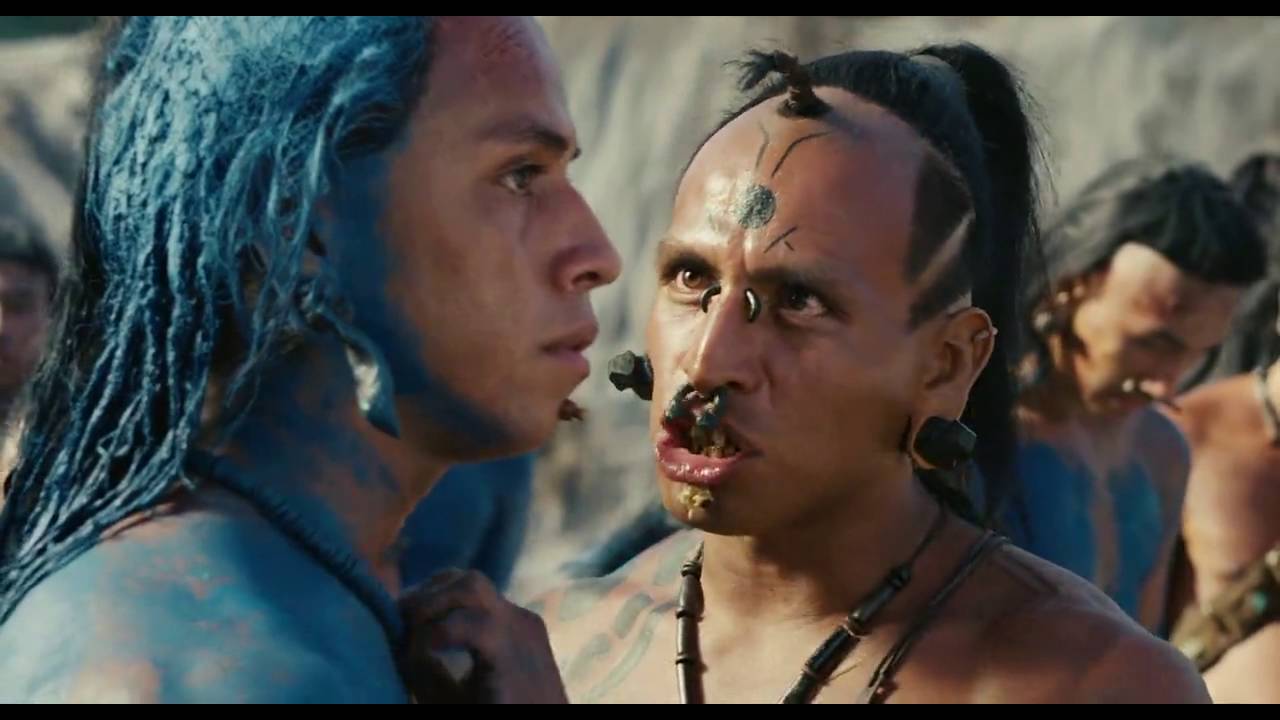 Apocalypto is some indication of how far we have come in a very short time. The base line for Mel Gibson could be The Patriot, produced in 2000, which portrays America from the point of view of its beginnings in the Enlightenment, as a nation of independent yeoman farmers, who, like the character Gibson portrays, only go to war reluctantly, in defense of their freedom, which is under attack by the brutal English.

No one in his right mind felt that America was a republic in any meaningful sense of the word in the year 2000, but someone felt that the exercise in nostalgia that The Patriot bespoke had some hortatory or moral value. Smithsonian did a cover story on it historic factuality. It was a bit like conservatives claiming that they read Burke and found him a relevant guide for our age. It was implausible but possible, I suppose.

Apocalypto is an indication that “everything has changed,” as the cliché used to go, in the wake of 9/11 or, for Gibson perhaps, in the wake of The Passion of the Christ and the beating he took at the hands of the Jews. Like Apocalypto, The Patriot is a revenge movie. You kill my people, I kill yours. The scene of Mel unable to stop hacking away at the Redcoat in The Patriot gives some indication that we are talking about more than self-defense.

The difference between Apocalypto and The Patriot is that The Patriot has lots of ideology behind it, which makes the revenge look less repugnant than it really is. Apocalypto is a revenge movie with all of the ideological justification stripped away. The Passion of the Christ was a deeply Catholic movie, but if Gibson’s other movies are any indication of the hierarchy of values in his soul, Christianity finishes a distant third or fourth in the values which he holds as important. Value #1 is family, Value #2 is revenge, Value #3 is freedom of the American patriot sort that sees the fulfillment of freedom as being left alone. After all that, Christianity emerges as something that vaguely seconds all of these emotions.

The most significant thing that has happened between the 2000 premiere of The Patriot and the 2006 premiere of Apocalypto is that Gibson’s illusions about America have disappeared. There is no longer an America that can support Mel’s mythology, not even one which exists in his mind.  Mel Gibson’s America is like Mel Gibson’s Catholic Church; neither is visible. The real Catholic Church exists somewhere in Mel Gibson’s mind psychically next door to the real America, which no longer finds expression in his movies.

America is no longer colonial South Carolina, where yeoman farmers come together to forge a Republic based on their reading of Roman and Greek classical literature and the Whiggery of John Locke.

America is now the Mayan empire, the land of the banner of the sun, whose people are favored by God and destined to rule the earth. This becomes clear in a harangue given by the Mayan priest, whose duty is to cut the hearts out of prisoners of war so that fertility can return to a soil depleted by slash and burn farming. The priest’s rhetoric is a combination of George W. Bush’s “you’re either for us or against us” speech and a Bill Kristol article which could be found in any given issue of the Weekly Standard. 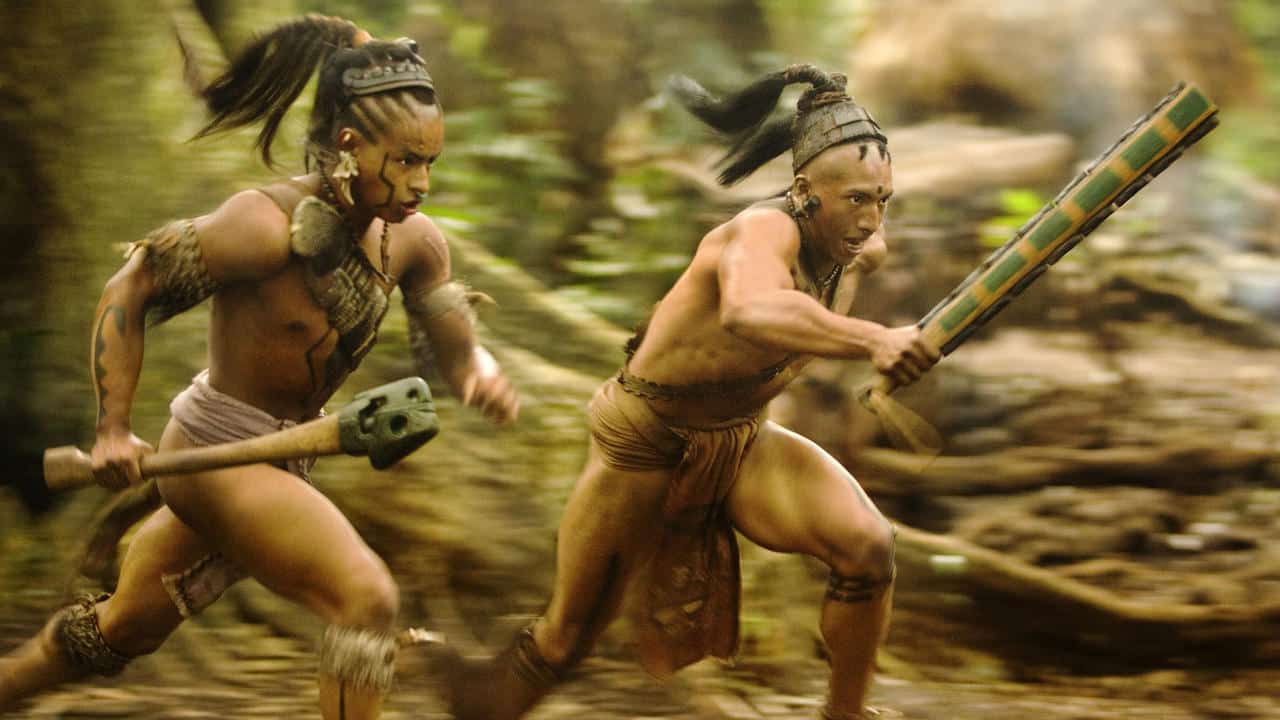 The neoconservative Mayan priest addresses his harangue to the people Mel Gibson now portrays as the average American, a mob of besotted drug-crazed NFL fans, whose main sporting event is capturing in nets the heads of sacrificed prisoners of war as they bounce down the steps of the pyramid temple where human sacrifice takes place. The main difference here is that in modern American the sports fans paint themselves blue.

In meso-America, this honor was reserved for those who were about to have their hearts cut out.  The primitive meso-Americans were hunter-gatherers, like Jaguar Paw, the hero of Apocalypto, whose people get captured by the advanced meso-Americans, who engage in slash and burn farming—and human sacrifice when the soil gets depleted. Apocalypto is a movie about how to survive in a culture based on human sacrifice.

VIAE. Michael Jones
SOURCECulture Wars
ATTENTION READERS
Due to the nature of independent content, VT cannot guarantee content validity.
We ask you to Read Our Content Policy so a clear comprehension of VT's independent non-censored media is understood and given its proper place in the world of news, opinion and media.