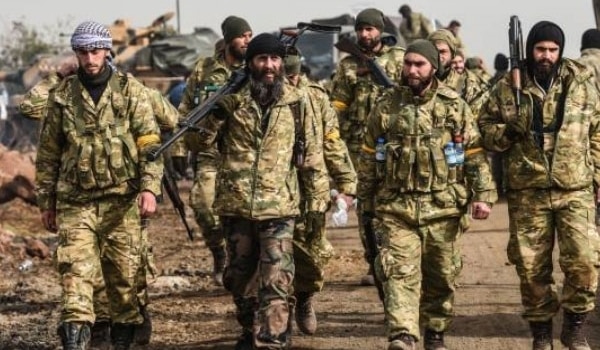 Ankara Sends Hundreds of Terrorists, Advanced Military Equipment to Hama to Back Up Tahrir Al-Sham

[ Editor’s Note: Russia and Iran are going to eventually be asked why they looked the other way on Turkey’s playing the role of a divisive spoiler in Idlib, with its long support of proxy terror groups there.

Russia seems to be making the current advance on Hama specifically due to the increased number of attacks on its Hmeimim main airbase, when the drones and rockets used against it keep flowing through Turkish checkpoints.

It is now pushing the jihadis back out of range, something that was needed months ago, but someone allowed themselves to be compromised. The good news is that the Russian and Syrian air forces are destroying the southern area jihadis, piecemeal.

From the Southfront video I saw this morning of jihadi PoWs, half of them were kids, and/or mid-teens, throwaways. Southfront has photos of veteran Russian PMC specialists backing up the SAA on the ground; and through them, always knowing what is going on.

I predicted last year, when the Syrian coalition was clearing the central north area to open up a road to Aleppo, that Damascus had to keep the fight going while it was winning. It was a multi-flank attack that retook the territory with modest losses for what was gained.

But I had been expecting that afterwards, the SAA would begin an attack up from Hama in the South to push the jihadis further north and concentrate them into a tighter area, which would be easier to deal with from the air and shorten the SAA defensive lines.

Here we are a year later, where the Idlib jihadis have had a long time to rest and dig in, get new equipment and replace their losses from last year. It is always easier and saves your soldiers’ lives to keep pushing back an enemy in retreat when you have air power that can get them on the roads, even at night.

Russia reduced its presence, refocusing on the diplomatic approach. Trump feinted with this pullout bait and then reneged, so Damascus is caught twisting in the wind. The US and Kurds have replaced ISIS in many places as occupiers; and the Constitutional process seems to be frozen.

Russia and Iran have had an enemy in their camp, with Erdogan’s claims to support Syrian territorial integrity being a sick joke. His actions have mirrored the US’ actions. He will leave Syria when it suits him, and not before. And he will use proxy forces to keep his home team casualties low.

If Syria is not winning, then it is losing. Washington knows that. Does Damascus? Let me know what you think in the comments… Jim W. Dean ] 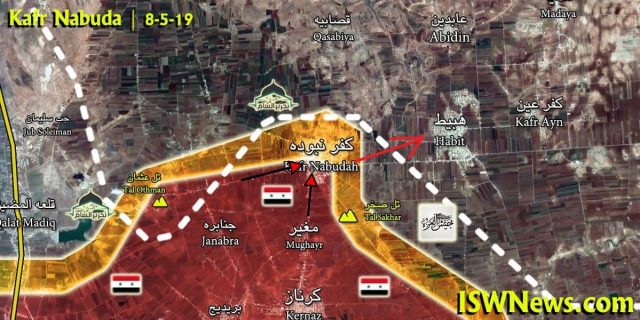 TEHRAN (FNA) – Turkey has dispatched hundreds of its allied militants and state-of-the-art military equipment to Northwestern Hama from Aleppo’s Afrin in a bid to support Tahrir al-Sham al-Hay’at (the Levant Liberation Board or the Al-Nusra Front) against the Syrian Army’s rapid advances in Northern Syria, media sources said.
–

“Around 1,000 Ankara-backed Ahrar al-Sham terrorists have been sent to Sahl al-Ghab and Jabal Shahshabou in Northwestern Hama from Afrin region in Aleppo to back up Tahrir al-Sham terrorists,” the Arabic-language Al-Watan newspaper quoted local sources in Northern Syria as saying on Sunday.

The sources pointed to Ankara’s efforts to block Syrian Army’s advances in Northwestern Hama, and said that tens of trucks loaded with Ahrar al-Sham militants have arrived in towns and villages of Sahl al-Ghab and Jabal Shahshabou region for battle with the Syrian Army.

In a relevant development on Saturday, ringleader of Tahrir al-Sham al-Hay’at Abu Mohammed Al-Jolani admitted that his terrorist group has lost its bases in Hama after people refrained from cooperating with them as civilians and tribal leaders in Idlib are trying to hand over their regions to the Syrian Army.

Al-Jolani held a meeting with 50 representatives of different terrorist groups and some media activists in Idlib on Friday, pro-militant sources said, adding that during the meeting al-Jolani admitted to Syrian Army’s control over two key towns of Kafar Naboudeh and Qala al-Maziq and said that the two towns fell due to weak backup and resistance of the residents of the towns against a reinforcement of militants’ positions there.

Meantime, the sources underlined that the tribal leaders of the cities of Khan Sheikhoun, Ma’arat al-Numan and several other towns are trying to hand over these regions to the Syrian Army concurrent with the Syrian Army’s advances in Northern Syria.

In a relevant development in late April, Al-Jolani threatened other terrorist groups to avoid handing over Syria’s occupied territories to the Damascus Army.

Al-Jolani held a meeting with eight senior commanders of other terrorist groups, including Islamic Turkistani Party, Harasuddin and Jeish al-Izza, in Atmaeh town near the border with Turkey, the Arabic-language service of the Russian Sputnik News Agency quoted local sources in Idlib province as saying.

Tahrir al-Sham’s ringleader who attended the meeting under tight security measures strongly warned commanders of other terrorist groups that they would be regarded as traitors if they hand over any region under any agreement to the Syrian Army, warning of Tahrir al-Sham’s revenge and lethal blow.

Meantime, al-Jolani also asked other terrorist commanders to put their militants on a state of full alert and keep their bomb-laden suicide vehicles prepared for operation.

Al-Jolani, who was attending his first meeting after two months, was accompanied by three Turkish-speaking militants in the meeting with other notorious terrorist commanders.