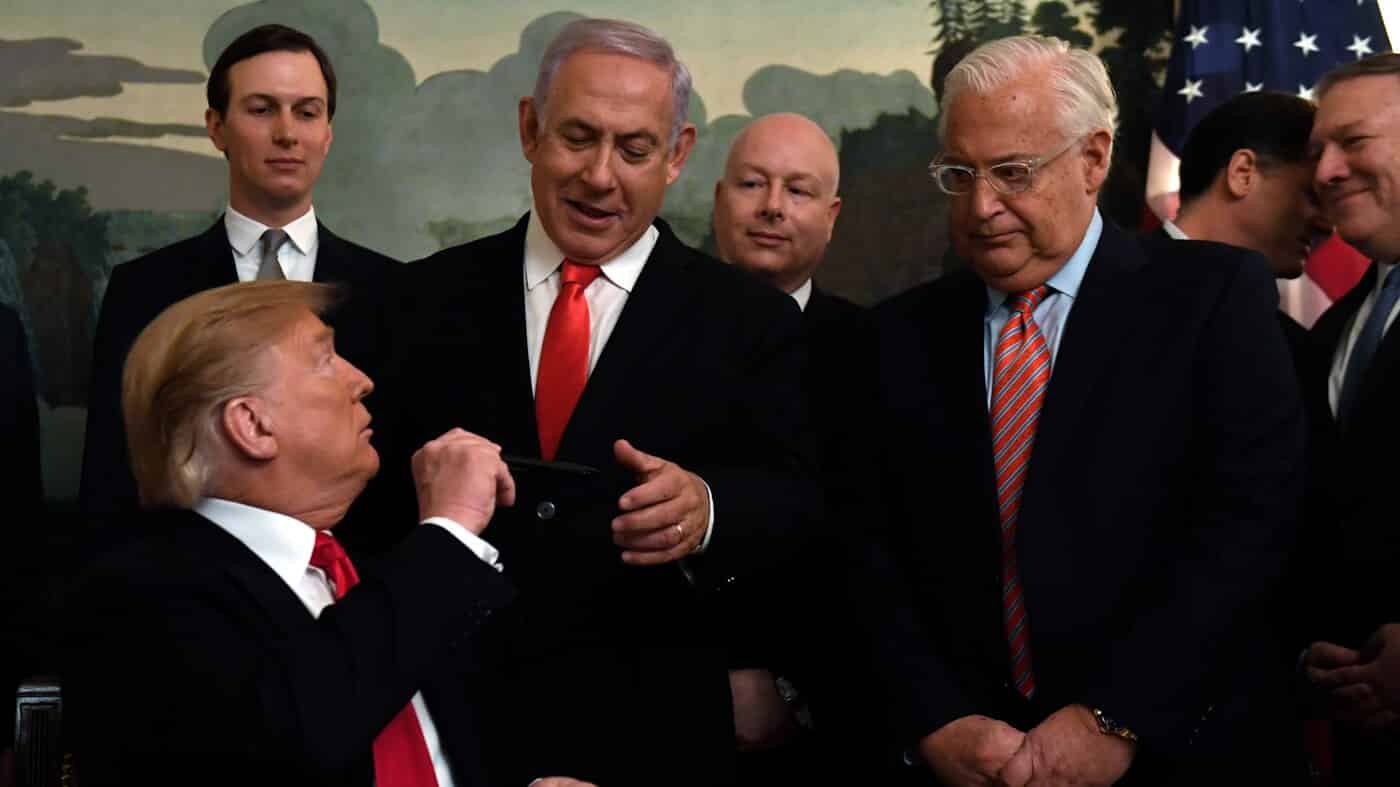 by Phil Giraldi, … via the Unz Review

[ Editor’s Note: Phil gives us a full review of the fake Deal of the Century, something created in secret without any direct involvement with the Palestinians, which makes even calling it a deal an exercise in fakeness. It takes two parties to make a “deal” as a result of negotiations.

Also, legally, “deals” made under duress, like having a gun put to your head, or knives held to the throats of your children, are not legally binding.

But unfortunately that does not matter if you have a huge military, or a friend that does, or nuclear and biological weapons.

In this specific case the “gun to the head” is the part where, if the Palestinians do not accept this wonderful deal, the US has threatened to starve them out by blocking all SWIFT money transactions going into Palestine. Isn’t that special? Another wonderful example of the US spreading freedom and democracy in the world. Mass media has laid low during all of the pre-coverage on this sham.

The general public is burned out on the Palestine issue. It does not receive regularly monthly paychecks to be involved, like the Likuds and US government.

No matter what outrages are inflicted upon the Palestinians, the Gazans in particular, most countries continue to support Israel’s “right to exist”, but not the Palestinians. Legislatures are not only lining up to make opposing BDS illegal, but also any criticism of Israel as an act of hate.

It might be time for folks to start thinking about a new system, as the one we have seems to be irreparably broken and looking for new victims all the time. One of the planks of the UN is everyone having the right of self defense, sort of. I don’t think it includes those that would not want to bother… Jim W. Dean ] 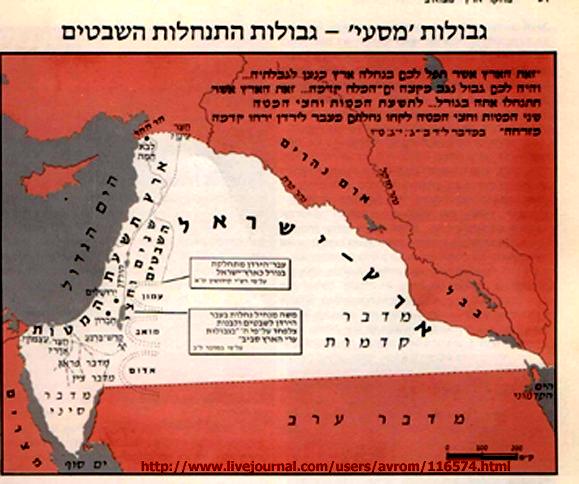 In the aftermaths of both the First and Second World Wars national borders were readjusted to suit the victors and entirely new countries were created from the ruins of the empires that had collapsed as a result of the conflict.

The process continued with the end of the Soviet Union but the new states were constituted within an already existing ethnic and linguistic framework. More recently, the United States has engaged in imperialism-lite, with “regime change” programs seeking to lop off the governments of existing nations by coercion or through military invasion, replacing them with Quislings supportive of Washington’s continuing dominance exercised from “over the horizon.”

But regime change too is falling out of favor, even if it is currently being pursued in both Venezuela and Iran, eschewing using armed force in favor of “economic warfare” intended to make life so miserable for the inhabitants of the targeted country that they will rise up in revolt and remove their leaders.

So far regime-change policies have been a disappointment, with major failures in Afghanistan, Iraq and Libya that relied on military interventions that converted stable countries into hotbeds of insurgency and unrest.

Given all of that, it is extremely audacious for the White House to consider going back to the old Sykes-Picot model of 1916 and seeking to impose a peace plan that will include reordering borders for Israel/Palestine, something that has been tried before in various forms by presidents named Carter and Clinton without any success.

The new plan, which is already being touted as the “Deal of the Century,” has been the product of a group of Orthodox Jews working for senior advisor and presidential son-in-law Jared Kushner, together with representative for international negotiations Jason Greenblatt and the U.S. (sic) Ambassador to Israel David Friedman.

There are no Arabs or Muslims (or Christians) on the team but there have been numerous discussions with the leaders of Jordan, Egypt, Saudi Arabia, the Emirates, and, of course, Israel.

Israel has clearly been allowed to see the nearly complete report and has likely participated in drafts as it moved along, but it is not clear what access the Arabs had to it. The Palestinians, of course, played no real part in the process and the Lebanese, a front line state confronting Israel, also was not a party to the deliberations.

All of the Kushner team supports Israel’s settlements, which are illegal under international law and contrary to long-standing American government policy, which rather suggests that an open consideration of all the complex issues involved was unlikely to have taken place.

Whether there are any actual American interests involved in the plan is unknown, but, given the make-up of Trump team, it is likely that there was an assumption that what is good for Israel is also good for the United States. Donald Trump has announced that the plan, which is apparently complete but for some minor tinkering, will be unveiled in June.

Those who follow the so-called peace process are likely aware that a document in Hebrew purporting to be the Deal of the Century plan has been recently leaked by an Israeli newspaper Israel Hayom that is owned by casino magnate Sheldon Adelson and which also has been linked to Israeli Prime Minister Benjamin Netanyahu.

Adelson, as the major donor to the Republican Party in the U.S., is somewhat of a bridge between Netanyahu and Trump and the document would not have appeared without foreknowledge by Adelson himself as well as the prime minister and president.

The authenticity of the document has been debated, however, and the White House has claimed it was both “speculative” and “inaccurate,” but, in its defense, it is very close to what Jared Kushner revealed in comments made a month ago.

There has been considerable speculation regarding what the document and the peace plan it proposes actually mean. Though it forces both sides to make some concessions, including the creation of a Palestinian capital in part of Jerusalem, it is heavily favorable to Israel and to Netanyahu’s vision for Jerusalem and the West Bank. Even the Palestinian presence in Jerusalem would, for example, be under Israeli municipal control.

Signatories to the deal outlined in the document would be Israel, Hamas and the Palestinian Authority with the United States serving as the guarantor of the agreement. It would create a Palestinian state called “New Palestine,” which would consist of the Gaza Strip and those parts of the West Bank that do not have Israeli settlements.

Arab residents of Jerusalem, even if they live in the Jewish area, would be citizens of New Palestine, not of Israel. To maintain the status quo created by the division of Jerusalem, no Arab or Jew would subsequently be able to buy a home in the region controlled by the other community.

New Palestine would have an airport on land currently in Sinai leased to it by Egypt and there would be a seaport in Gaza. New Palestine and Gaza would be linked by a road running through Israel and controlled by it to guarantee “security.”

To make the deal palatable to Palestinians, there would be $30 billion in economic investment over the first five years, coming from the United States, European Union, Saudi Arabia and the Emirates. New Palestine will have police to suppress potential trouble makers but no armed forces. Israel will control the Jordan River valley but New Palestine will have two crossing points into Jordan.

The U.S., as the enforcer of the deal, will cut off all aid to any party that refuses to sign the agreement. It threatens to use its control over the Swift dollar denominated international banking system to block all money transfers from any source to the Palestinians if they do not sign, similar to the squeezing that is currently being applied to Venezuela and Iran.

It is quite plausible that Netanyahu leaked the document to create controversy that would lead to Kushner having to go back to the drawing boards. The wily and unscrupulous prime minister likely sees no gain in the agreement as he is obtaining most of what he wants from Trump incrementally without conceding anything at all to the Palestinians.

And he has already committed himself to virtually complete annexation of the West Bank, meaning that the creation of any kind of legitimate quasi-independent Palestinian state would be an obstacle to achieving that goal.

Even if Bibi were to go along with the plan, it would be a bad deal for the Palestinians. Without a military or control of its own borders it would be a state without any real sovereignty and, if all the Israeli settlements were to be excluded from the new nation, it would have control over only 12% of historic Palestine.

The Kushner plan would mean a green light from Washington for a Greater Israel that would include 88% of the land regarded as Palestinian when Israel was created and stolen since that time. The New Palestine 12% would also be broken into smaller bantustans-like entities surrounded by Israeli roads and settlements and Israel will also be certain to obtain control of the region’s water resources.

If the Palestinians object to the way they are being treated, the United States as guarantor, as noted above, could step in and work with Israel to cut off their money, just as takes place currently, to punish them when they do not toe the line. It is, meanwhile, difficult to imagine that any circumstances might arise that would impel Washington to cut money going to Israel.

One of the more interesting details of the alleged plan is the demand that both Hamas and Islamic Jihad disarm completely, surrendering their weapons to Egypt. If they refuse, the White House would endorse and support Israel’s personal attacks directed against the groups’ leadership through the use of extrajudicial assassinations.

The leaked “peace” plan is so one-sided, harsh, and catastrophic with respect to any possible viable Palestinian state that it must be true. It is a Netanyahu dream document but for the fact that the Israeli leader would prefer to achieve what it outlines by stealth without giving anything as a sop to the Palestinians.

If it fails to convince its audience, which includes a number of Arab states required to donate tens of billions to the cause, it will be back to square one with Israel continuing its creeping annexation of Palestinian land with the United States looking the other way.

And speaking of the United States, what’s in it for the American people? Nada. Zilch. Nothing at all. So much for Make America Great Again.