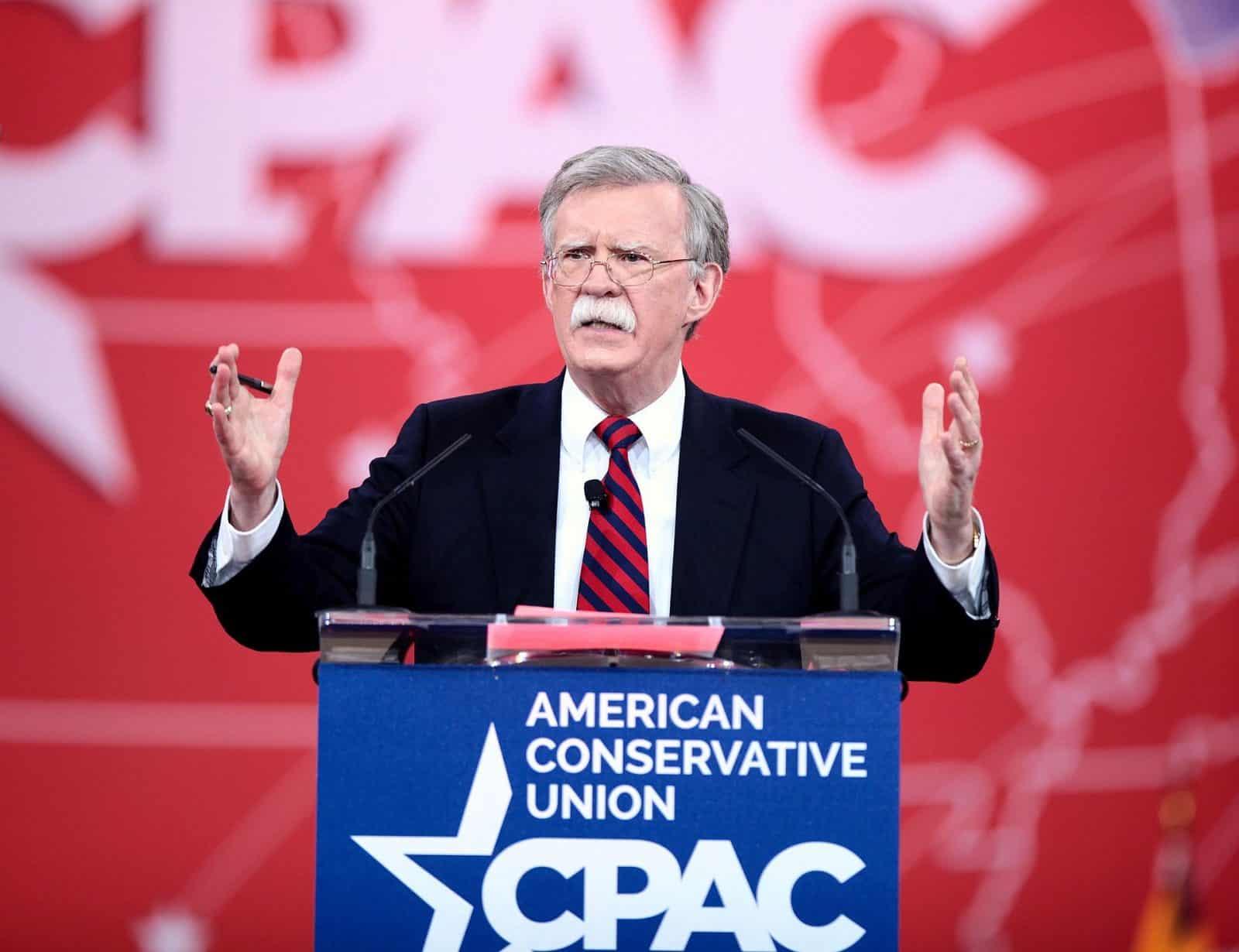 [ Editor’s Note: It comes as no surprise that Bolton has enemies, not only outside the administration but inside. The man’s ego is as big as a barn, with his persistent “my way or the highway” attitude.

Making a list of who likes him would be a Who’s Who of the War Crowd. The military hates him, as they know he views them as toys to be played on the Bolton board-game of Risk, if anyone remembers that one.

The policy conflicts have been widely apparent with what clearly appears to be poor coordination, if that itself is not part of a chaos game. If Bolton does not think Trump has pushed hard enough, he seems to “correct” that mistake. It’s like they have a Twitter contest going, as to who can scoop who, a childish game.

Initially I though Trump would use Bolton as a Mr. Tough Guy and scapegoat on anything that went bad that Trump wanted to wash off his plate before 2020. There is no one that Trump would not sacrifice to win another term.

Why? It is because he needs the second term to run out the statute of limitations for potential charges he might face after leaving office. Trump is on the spot now to respond to these claims. We won’t have to wait long for his answer… Jim W. Dean ]

US media reports suggest that President Donald Trump is considering replacing his hawkish National Security Adviser John Bolton over his plans to push the United States towards a military conflict with Iran, Venezuela and North Korea.

Bolton “is headed for the exits, having flown too close to the sun on his regime change efforts for Iran, Venezuela and North Korea,” The National Interest magazine reported Tuesday, citing sources familiar with the matter.

“Hearing that Trump wants him out,” a former senior Trump administration official told the magazine.

There is speculation in Washington “that there’s now daylight between Trump and Bolton,” the report added.

The fighting has also expanded to include US Secretary of State Mike Pompeo, officials say. A State Department official and a former White House official both report that Bolton and Pompeo are “fighting all the time.”

A former senior official in the State Department said Pompeo is enthusiastic about isolating Iran, but fearful of an actual war that might engulf much of the Middle East.

“John Bolton is the problem … Trump’s national security adviser is getting dangerous…particularly to the president’s ideals,” Douglas Macgregor, a Bolton rival and would-be successor, writes in Spectator USA.

Trump ran his election campaign on the promise to pull the US military out of Iraq, Afghanistan and Syria — unwinnable post-9/11 wars that have consumed American lives and military budgets.

That partial retreat remains one of Trump’s strongest points in his pitch to be the so-called outsider president. But Bolton is working in exactly the opposite direction.

The United States has been ratcheting up economic and military pressure on Iran, with Trump recently urging Tehran to talk to him. “What I’d like to see with Iran, I’d like to see them call me,” Trump told reporters at the White House on Thursday.

But then he said he would not rule out the possibility of military action in Iran amid escalating tensions before slamming former secretary of state John Kerry for his involvement in the issue.

His remarks came after Bolton said on Sunday that the United States was sending an aircraft carrier strike group and a bomber task force to the Middle East in a “clear and unmistakable” message to Iran.

The Pentagon announced on Friday that the US was deploying an amphibious assault ship and a Patriot missile battery to bolster an aircraft carrier and B-52 bombers already sent to the Persian Gulf.