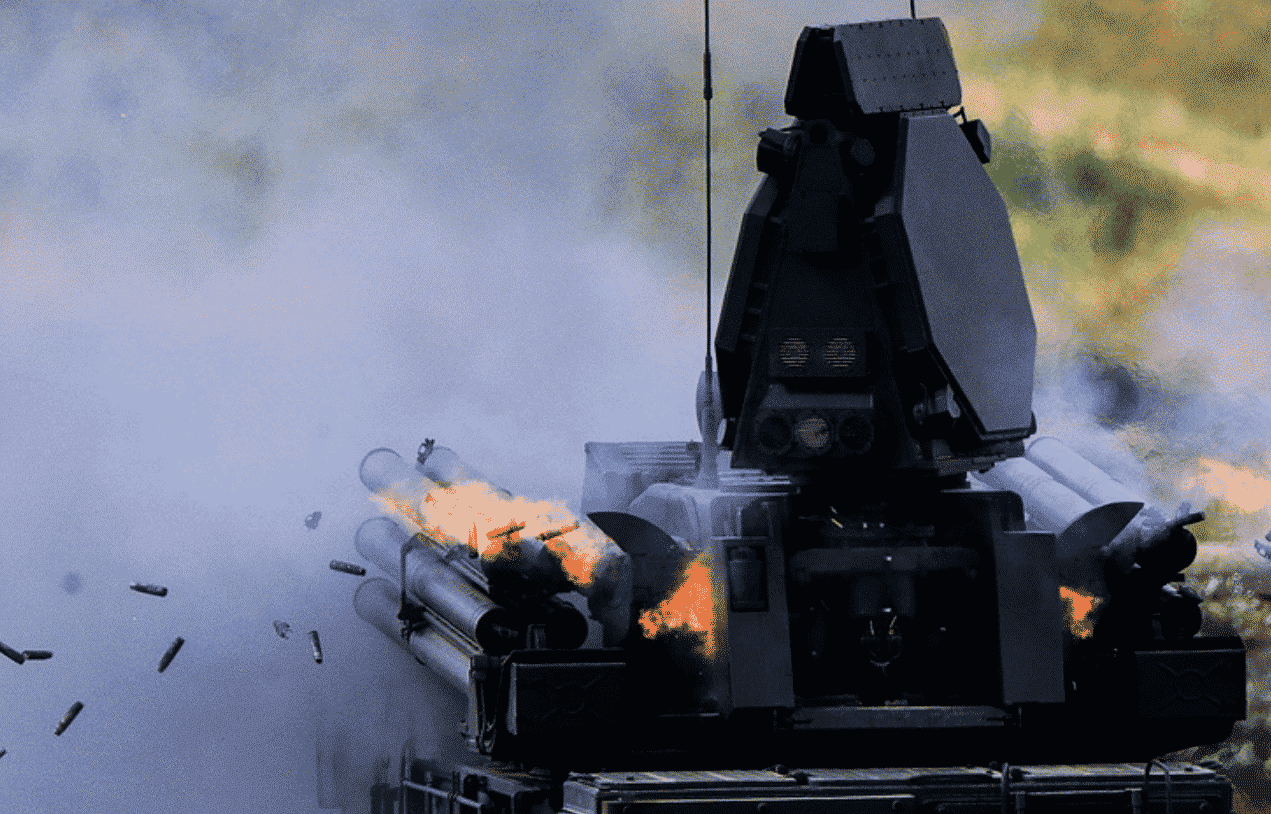 The new missile’s range has been increased to 30 kilometers

MINSK/TASS/. The upgraded export version of the air defense missile and artillery system Pantsir-S1M has acquired the ability to effectively hit all types of drones, the High Precision Systems holding company’s deputy CEO for foreign economic activity, Sergei Mikhailov, told TASS on Thursday. The upgrade work was carried out on the basis of experience gained during the Syrian campaign.

“It is very important that the range of hittable targets has been greatly expanded on the basis of the results we obtained in Syria. Corresponding amendments have been introduced. The system can now hit any types of drones effectively,” Mikhailov said.

The new missile’s range has been increased to 30 kilometers.

“With the introduction of the new missile the system’s range has been increased to 30 kilometers. Respectively, we will have two types of missiles – near and longer range ones,” he said.

Mikhailov remarked that the new system was meant for foreign markets. The Pantsir-S1M is in the final phase of preliminary tests at one of Russia’s test sites.

“It is being tested at a proving ground in Russia. Most of the preliminary trials have been carried out already,” he said.

Terrorists in Syria made several attempts to attack the Russian airbase Hmeymim with makeshift drones and bombard it with rockets. The airbase is protected by the Pantsir-S1 system (basic version). The Defense Ministry says the system demonstrated its high effectiveness in countering such threats.

The system Pantsir is meant for the close range defense of civilian and military facilities, including long-range air defense systems. An upgraded system Pantsir-SM is being developed for the Russian armed forces.