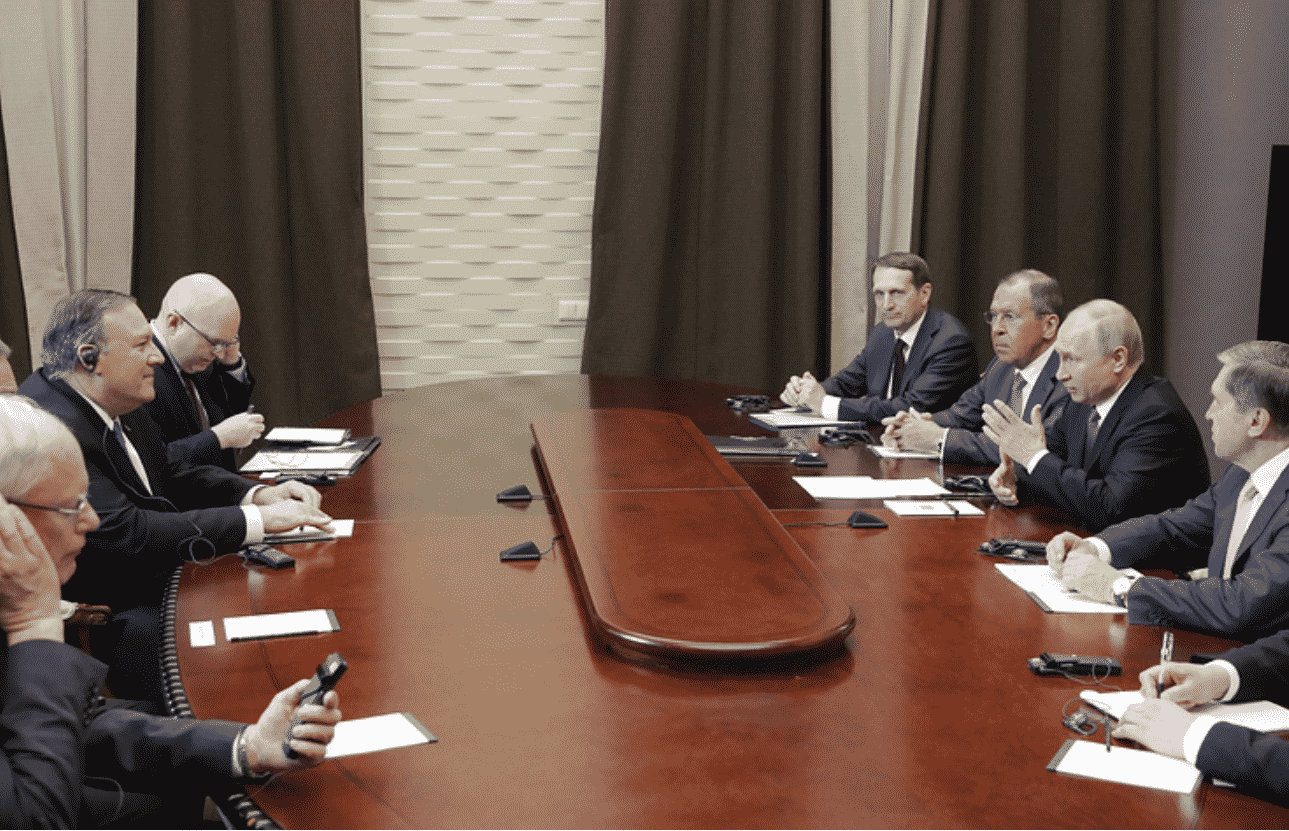 SOCHI/TASS/. There was no breakthrough at the talks between Russian President and US Secretary of State Michael Pompeo, but the United States showed its constructive approach, Russian presidential aide Yury Ushakov said.

“No, there is no breakthrough yet, but the US side demonstrated a constructive approach,” Ushakov said.

He reminded that this was the first visit of Michael Pompeo to Russia in the capacity of US secretary of state. At the same time, Ushakov noted that the telephone conversation between Putin and US President Donald Trump on May 3 “was very good,” and the meeting with Pompeo was a continuation of that conversation.

Putin and Pompeo have discussed the possibility of organizing a meeting between the US and Russian leaders at the G20 summit, and Moscow is now expecting concrete proposals, Ushakov noted.
“They also touched upon the issue of organizing a possible meeting between the Russian president and the US president, in parcticualr on the sidelines of the G20 summit in Japan in June,” he said.

“We are ready for any contacts. We can organize a meeting ‘on the go’ with President Trump. Alternatively, we can sit down for a more comprehensive discussion. Everything will depend on what our US partners want,” he added.

He also noted that “there was no personal message from Putin to Trump.”