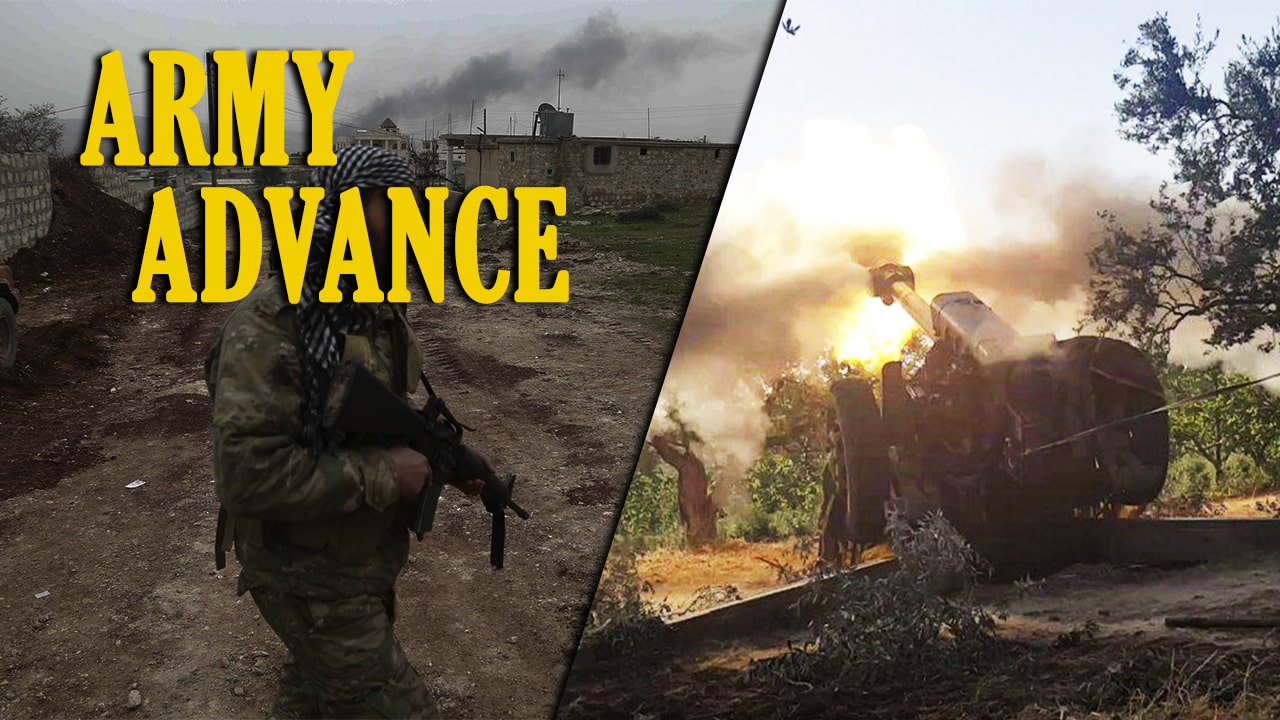 Clashes between the Syrian Arab Army (SAA) and the Hayat Tahrir al-Sham-led coalition of militant groups continue in northwestern Hama and northern Lattakia.

4 SAA soldiers were killed and 7 others were injured in a failed attack on Hayat Tahrir al-Sham positions near the town of Kabani, according to pro-militant sources. Militants captured bodies of 2 killed SAA soldiers and decapitated them.

After this, the SAA’s 4th Division delivered a series of strikes on militant positions near Kabani with Golan-1000 heavy rocket launcher 500mm improvised rocket-assisted munitions.

Last week, Hayat Tahrir al-Sham repelled a similar SAA attack in the same area. Than, a source in the 4th Division told SouthFront that the SAA was determined to continue its offensive actions in the area.

In northwestern Hama, the SAA and the Tiger Forces imposed control of the villages of al-Huwayz and Huriya and the nearby agricultural strip. Militants employed at least 2 battle tanks and 5 other armoured vehicles in attempts to repel the ongoing SAA advance. However, they failed. Most of the equipment were eliminated.

The main clashes are now ongoing in the area of al-Huwayz. The scale of the SAA operation remains limited, but it continues to make gains almost on a daily basis.

ISIS announced that it had carried out an attack on SAA positions near the Khounayfis phosphate mine in the province of Homs. The situation in the area remains unclear.

On May 15, the US-backed Syrian Democratic Forces (SDF) and its security forces, commonly known as Asayish, launched a large-scale security operation in southeastern Deir Ezzor.

The operation targeted the remaining ISIS cells in the Middle Euphrates River Valley, especially in the town of al-Shheell, which witnessed a wave of protests against US-backed forces in the last few weeks.

According to the SDF, 20 ISIS terrorists and a large quantity of armament were captured in two tunnels in the village of al-Shheell. The Kurdish Hawar News Agency (ANHA) reported that four of the arrested terrorists were participating in al-Shheell protests.

Last week, the SDF and the US-led coalition killed six civilians during a failed security operation in Shheell. The incident provoked a new wave of anti-SDF protests in the town, which was met with a violent response from Asayish.