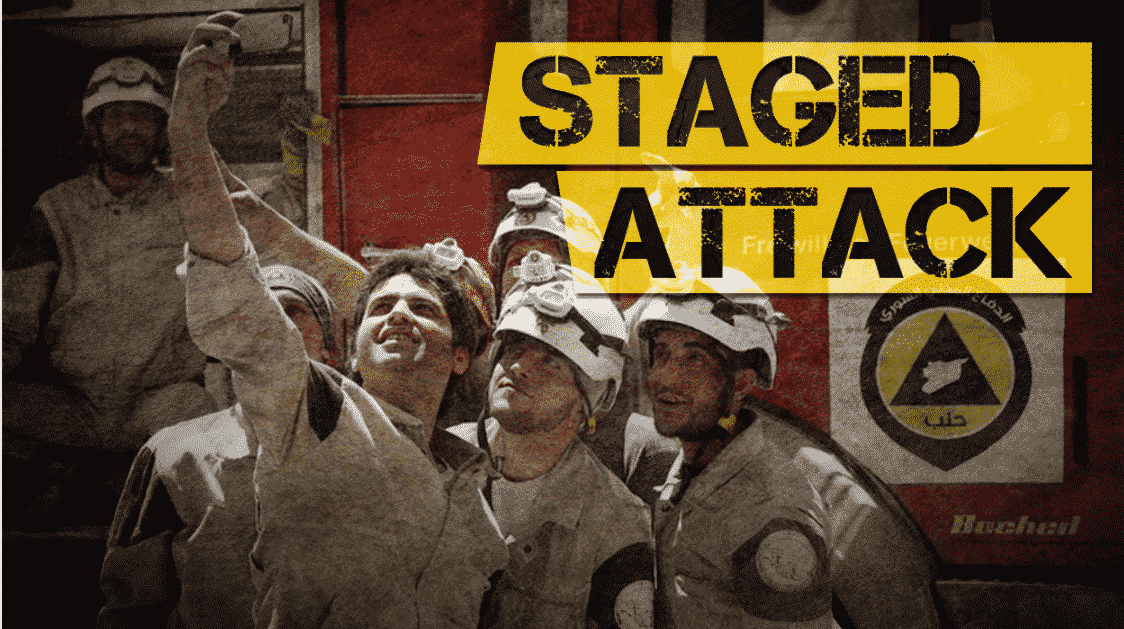 By Firas Samuri for VT
According to Ahmad Al Khaled, members of armed opposition groups are preparing to accuse Syrian and Russian military of using chemical weapons in Idlib to hamper an offensive carried out by the Syrian army.
With this setup, the opposition intends to increase international pressure on the Syrian authorities and forestall the government’s offensive in the provinces of Hama and Latakia on the borders with Idlib, where the Syrian troops have forced the militants to withdraw from a number of areas.
In Hama, since May 8th the Syrian army units have captured Kafr Nabudah, Qalaat Al Madiq, Shaykh Idris, Al Huwayz and the adjacent areas. The ground offensive was preceded by air strikes by Syrian and Russian jets that targeted positions of the armed groups near the aforementioned settlements in addition to suburbs of Khan Shaykhun and Kafr Nabl towns May 5th, 6th and 7th. At the same time, offensive action in Latakia met fierce resistance of the militants entrenched in Kabani village who repelled every attempt to advance of the government forces.
The main force confronting the Syrian army is Al-Qaeda’s affiliate Hayat Tahrir Al-Sham (former Jabhat Al Nusra). Over the past few years, HTS managed to establish dominance over the major part of Idlib province and the neighbouring areas of Hama, Latakia, and Aleppo. In addition to HTS, the opposition groups participating in the counteroffensive include Jaysh Al Izza, Jaysh Al Nukhba and other factions under the umbrella of Jabhat Wataniya li-Tahrir (National Liberation Front).
The opposition has already blamed dozens of civilian deaths on the Syrian and Russian military, accusing them of targeting field hospitals with air and artillery strikes.
Ahmad Al Khaled also reported that the opposition also intends to accuse Syria and Russia of using chemical weapons. Debris of unexploded munitions modified to resemble chemical warheads will be used as evidence of the alleged chemical attack, sources claimed.
A possible explanation for the opposition’s intent to resort to a chemical provocation might be found in dwindling support from its foreign backers. The Western states, especially the US, have shut programs for the Syrian opposition armed groups since quite a long time. Turkey, who became the principal backer of the opposition, has also distanced itself from the recent developments and did not intervene against the Syrian army and its allies.
In these circumstances, the only way out for the opposition is recycling the scenario of 2017 Khan Shaykhun chemical attack that was blamed on the Syrian government and provoked a US missile strike on the Syrian military sites. It should be expected that signs of preparation for this very scenario will appear in the coming days.