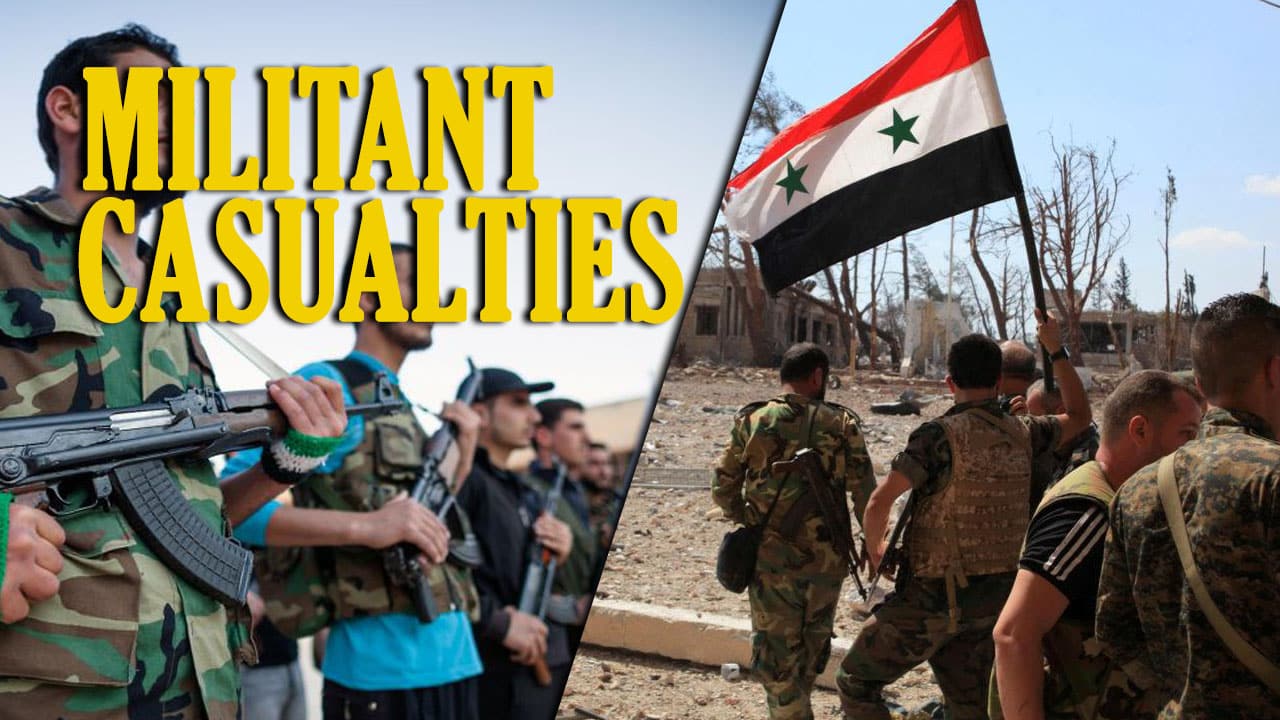 The Syrian Arab Army (SAA) and its allies in northwestern Hama eliminated at least 45 militants during the past few days, according to pro-government sources.

Both Jaysh al-Nasir and the Idlib Free Army are a part of the Turkish-backed coalition of militant groups, the National Front for Liberation (NFL), while Jaysh al-Izza is known to be a key ally of Hayat Tahrir al-Sham (formerly the Syrian branch of al-Qaeda) in this part of Syria.

The SAA is currently developing its advance in the area of Sheikh Sultan.

In own turn, militants targeted a truck armed with a 23mm gun, a battle tank, an ammo truck and a pick-up truck belonging to the SAA around al-Huwayz with anti-tank guided missiles.

Hayat Tahrir al-Sham also claimed via its media wing that its members had shelled a “Russian operations room” in northwestern Hama with Grad rockets and artillery rounds. Pro-government source didn’t report any such incident. However, local sources said that several rockets landed in the village of al-Jarniyah injuring at least two children.

In the Homs desert, pro-government forces responded with a local security operation to the May 15 ISIS attack on SAA positions near the town of al-Sawwanah. According to the ISIS news agency Amaq, 21 SAA soldiers were killed in the incident, but this number was not confirmed by visual evidence.

A suicide vehicle-borne improvised explosive device exploded near a security center of the Syrian Democratic Forces (SDF) in the town of Manbij in the afternoon of May 16. A SDF security officer was killed and ten civilians were injured in the attack, most likely staged by ISIS.