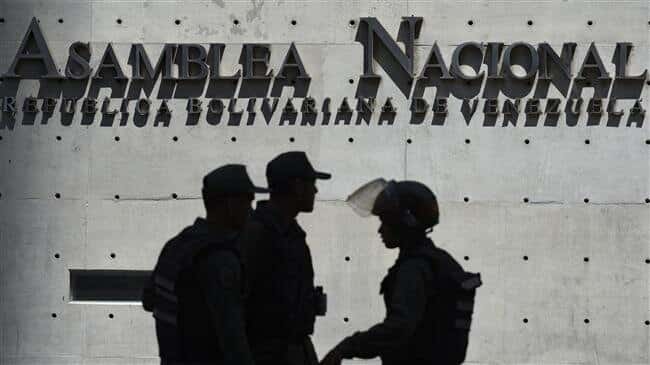 [ Editor’s Note: Both sides seem to be tired out, and looking for a new path to anywhere but where they are now. The Venezuelan opposition has won the most pitiful coup award in current history, despite the full US and CIA backing, something few Cold War veterans missed.

We had a CIA turned Venezuelan Intel chief arrange for a half a company of soldiers to stand with Gauido on the big day and that was it.

The US and its backers have gotten away with strangling the Venezuelan economy and its people, without being lynched in the world court of public opinion where they would be found guilty.

Cold Wars veterans know the US does not give a crap about the Venezuelan people, The Deep Staters will asset strip Venezuela and burn both Russian and China by having the new government renounce the former government’s loans.

The Venezuelan socialist government brought millions of people out of poverty and that pendulum will swing backwards, which is why Maduro has the support from the coup attempts intended victims.

“Is there corruption in Venezuela?” That is not the right question to ask. A better one should be, “is there any more corruption there than in the non-socialist South American countries.”

And the best question of all, “is Venezuela ahead of or behind the US in the corruption game, if you include the real sophisticated kinds like market manipulations, etc.”

Could this “discussion” between the two parties be a feint to buy time for a better organized coup to take place by the Guaido faction? The answer to that is yes. But there are no risk free magic button options to push.

You have to take chances to pull yourself out of the swamp. Borderline Venezuelans are focused on getting through tomorrow. But they have stood with Maduro and will go down with him… Jim W. Dean ] 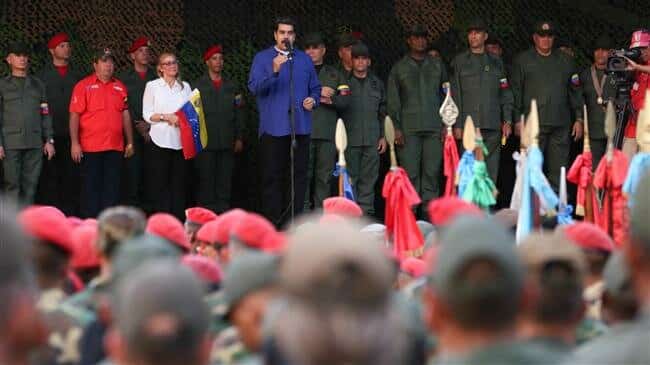 Iran has welcomed high-level talks between Venezuela’s government and the opposition in Norway, expressing hope that the parties would find a solution to the political impasse in the Latin American country.

“We hope that these talks will lead to a political solution and that Venezuela could rapidly improve the status of its economy and the livelihood of its people under peaceful circumstances,” Iranian Foreign Ministry Spokesman Abbas Moussavi said on Saturday.

President Nicolas Maduro on Friday declared the beginning of negotiations with the US-backed opposition in the Norwegian capital, Oslo, in an effort to resolve the political stalemate.

Venezuela President Nicolas Maduro hails the beginning of talks with the opposition for peace and agreement in Norway.

“The talks have begun nicely to move toward agreements of peace, agreement and harmony, and I ask for the support of all Venezuelan people to advance on the path of peace,” Maduro said while addressing some 6,500 troops.

Norway, which referred to the talks as “exploratory discussions,” started the mediation to bring to an end a months-long crisis.

The Iranian spokesman further warned of interference by certain countries and its destructive consequences in the internal affairs of Venezuela.

“Unfortunately, the US has collectively punished the people of Venezuela by blocking and plundering the country’s financial resources,” Moussavi said.

He called on the White House to end its policy of “economic terrorism” and stop behaving against the principles of human rights regarding the Venezuelan nation.

Venezuela is going through political unrest. In January, tensions worsened after opposition figure Juan Guaido, who is also president of the National Assembly, unilaterally declared himself “interim president” of Venezuela.

The United States quickly accepted that self-proclamation and has since been working with Guaido. UN Secretary General Antonio Guterres said Thursday that he was “very much supportive” of the Oslo talks.

Delegates from the Venezuelan government and opposition purportedly travel to Norway for resolution talks.

Guaido also confirmed on Thursday that he had sent a delegation to Oslo, but denied that any direct negotiations had taken place.

On April 30, a small group of armed troops accompanying Guaido clashed with soldiers at an anti-government rally in Caracas in an attempted coup that soon petered out.

The administration of US President Donald Trump backed the attempted putsch, but Maduro, who has called Guaido a puppet of Washington, announced in a televised speech later in the day that the group of military personnel supporting Guaido had been defeated, and 25 renegade soldiers had sought refuge at the Brazilian Embassy in Caracas.