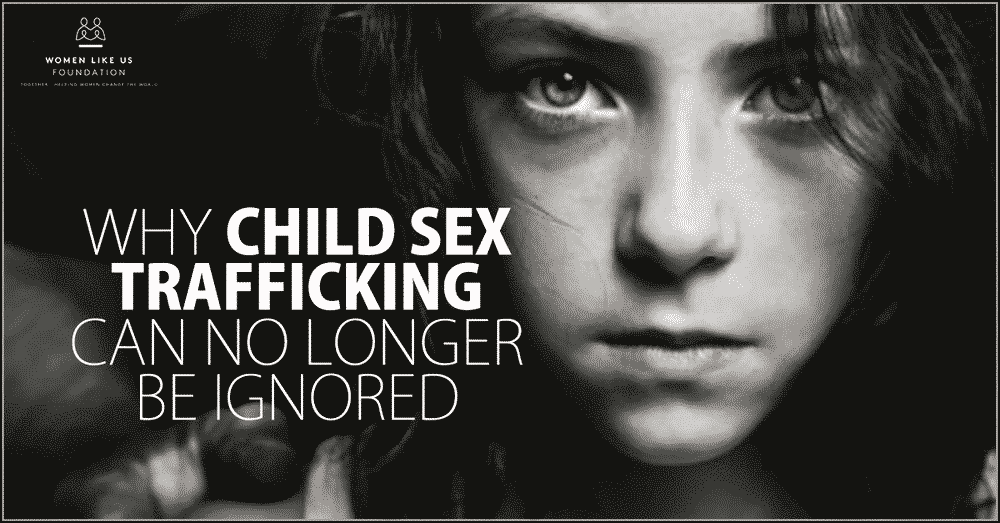 Most people would rather believe that elitist pedophile rings are a conspiracy theory, but Kendall’s story was revealed on a popular mainstream TV show, exposing the truth to a much wider audience.

In 2014, the Dutch pedophile club challenged a European Court ban on their organization claiming that the ban on their pro-pedophilia group was a violation of their rights to free speech. (Source)

In 2017 – just days after Dr. Phillip McGraw exposed an Elite pedophile ring on mainstream TV his show was canceled by Dutch Media RTL.

With a 15 year history of airing the show, the Dutch network refused to comment on the reason for the abrupt cancellation other than it was related to the “choice of programming” made by the show’s producers.

During the show, a child trafficking refugee, known only as “Kendall”, exposed a whole culture of Elite pedophilia and murder that involved heads of corporations, high-ranking politicians and law enforcement that led right at the top of the political spectrum.

She described how she was flown all over the world as a child on a private jet to VIP events and given her own make-up artists and stylist to make her “look pretty” for her “clients”.

Since she had spent almost her life in captivity she had rarely seen television or had access to the internet, but now she sees the men and women she was sold to in the mainstream media all the time.

“They control the world. The only one who can protect me from them is ‘the man who owns me’ – he taught me how to kill myself properly with a gun”.

Kendall revealed how she was sold by her birth parents into a life of sex slavery and that she was sexually abused “before she could even talk”.

Since the show aired, Kendall’s story has gone viral all over the world, with people everywhere waking up to the reality sex-trafficking and murder cults at the highest echelons of society and political influence.

Most people would rather believe that elitist pedophile rings are mostly a conspiracy theory, but Kendall’s story was revealed on a popular mainstream TV show, exposing the truth to a much wider audience.

“Dr. Phil” has been on television since 2002 and made Dr. Phillip McGraw one of the most prominent mental health professionals in the world.

Recently, however Dutch company RTL has decided to pull the plug on the Dr. Phil Show, and the timing of this action couldn’t be any more suspicious.

Only a week ago, Dr. Phil had aired a show where he interviewed a woman who claimed to have been trafficked around the world, to the most elaborate events and parties, as a sex slave for rich and powerful men.

Is the canceling of the Dr. Phil show in the Netherlands connected to the airing of this episode?

Consider – the Netherlands has been under the microscope in recent years for pedophile activity at the highest levels of society. In 2014, a Dutch pedophile society even wanted to challenge a Supreme Court ban on their society, saying that banning them is a violation of their freedom of speech.

In the video below, we can also see a whistleblower and victim of child sex-trafficking in the Netherlands telling his story.

According to a translated quote from Dutch media, RTL decided to cancel the Dr. Phil show because they made “different choices in programming.” The timing is what is most suspect about this decision, coming several years after Dr. Phil’s first show in 2002, and just one week after he aired a show, which if true, will be the first mainstream source to expose the international sex-trafficking scandal.

Perhaps the Dutch network truly wanted a different show on TV, but it is suspect that Dr. Phil was cancelled almost immediately after becoming a hero to those seeking an end to the injustices brought about by international sex-trafficking last week.

Remember, Dr. Drew Pinsky’s show on HLN was immediately cancelled after he made a statement that Hillary Clinton has brain damage, at a time when HLN’s sister network CNN was virtually campaigning for Clinton and disputing that she had any health issues.

For more information on the Dutch pedophile scandal, watch this documentary which features We Are Change’s Luke Rudkowski in the opening scene. Luke talks about Joris Demmink, a Dutch politician famously accused of being involved in pedophilia. 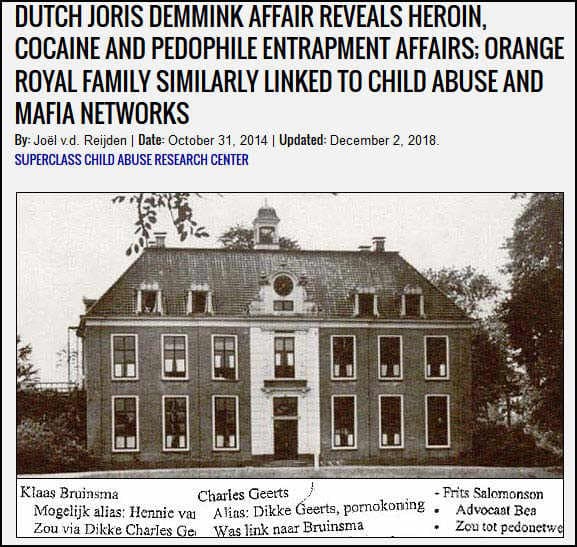 FOSU: Pedophilia should be a zero-tolerance crime

Since 1998 Joris Demmink has been the subject of thwarted investigations that have failed to proceed to prosecution for sexual exploitation and sex tourism (see www.arrestdemmink.com). It is not a coincidence that the investigations for sex trafficking and sex abuse by Demmink are abruptly ended, as these investigations are under the jurisdiction of the perpetrator himself, in his capacity as the Secretary General of the Dutch Ministry of Justice.

Just as in the case of Sandusky, the outcries of the victims were unheeded. The fact that three men have come forward to describe the personal hell they, as well as others, endured as young boys by Mr. Demmink in the Netherlands and in Turkey has not spurred any legal action against the Secretary General of the Dutch Ministry of Justice. These boys have all pointed to Demmink as the person responsible for raping and sodomizing them in brothels in the Netherlands and in Turkey as well as in official government limousines, but their accusations have not led to a truly independent investigation. This fact is well established. The fact that the Embassy of the Netherlands claims that Demmink has not been to Turkey since 1986 but official travel documents show him in Turkey five times since 1995 appears to question the veracity of our ally. Even taped depositions from former chief of police in the Netherlands and a law enforcement official in Turkey, stating that Demmink is a pedophile and preys on young boys, have not led anywhere. This is a downright crime. The fact that our own Department of State has seen fit to rate the Netherlands as a Tier 1 country in its Trafficking of Persons Report (TIPS), meaning that the country acknowledges that sex trafficking occurs but is taking actions to address the problem, causes many human rights and child protection organizations to question what actions were taken that allow the Secretary General of the Dutch Ministry of Justice to continue in office without any transparent or accountable investigation.

Demmink is expected to retire from his post in September and leave Holland. Thus, it is critical that Turkey make the announcement that it will fully and expeditiously investigate the allegations against Demmink before he flees. His generous retirement funds currently held in New York City allow the Secretary General to travel the world free to prey on little boys without any accountability. On August 27, 2012, the Rebecca Project and other coalition members met with Mr. H.P. Schreinmachers, the Counselor for Justice at the Netherlands Embassy in Washington D.C., to discuss transparency and investigation details of Demmink by prosecutors in the Netherlands.

THIS IS A VERY IMPORTANT VIDEO that needs to be seen and shared by EVERYONE. It will help clarify the deep and systemic control that undermines the liberty and freedom of choice in free societies. Ronald Bernard, Dutch banker and whistle blower, covers topics essential to understanding the globalist, ruling class, world financial structure, dark belief systems, use of child sacrifice (starting at 22:05 ) and methods used to maintain this predatory culture of the top 8000 people in power over the world. If you really want to understand the authentic emotion by this testimony, I suggest you work through the original video with the small subtitles (linked below) so you can hear his voice and focus on the nuances of the pain expressed in Ronald’s facial expressions. Thanks to Ronald and Irma for this information reaching the public and the world.