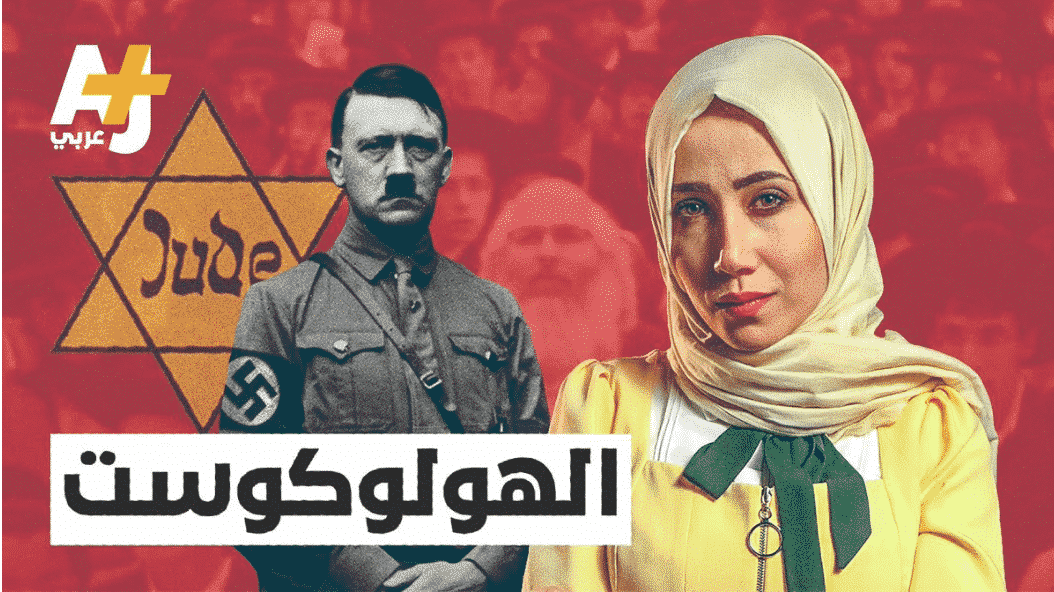 Editor’s note:  Generally, Russia Today is extremely biased toward Israel with some almost schizophrenic exceptions and this is one.

What we note is that careful examination of the conventional narrative about the Holocaust is suppressed at all costs.  I spent some time in Germany, Poland, Hungary…across all of Europe, talking with those who would still talk or could, visiting camp sites.

The inconsistencies are glaring.

I simply suggest reading David Irving and other writers.  Look at how Israel behaves.

But also note cities like Frankfurt and others totally empty of Jews as well.

If it wasn’t gas chambers but only “resettlement” or “work camps,” why remove the children?  If it was the “Jewish bankers,” why deport cab drivers and tailors?

What I suggest is simple, finally release the truth, which is certainly different than the narrative.

The truth may well be its own nightmare but at least it will be one that is true.

The current one is not.  Is the truth worse?  Let’s finally learn.g

2/2 Holocaust Denial on Al-Jazeera Network: Israel Is Biggest Winner from Holocaust; It Uses the Same Justification to Annihilate the Palestinians pic.twitter.com/BMb25DYFTY

Participants attend the annual “March of the Living” to commemorate the Holocaust at the former Nazi concentration camp Auschwitz, in Brzezinka near Oswiecim, Poland, May 2, 2019. © Reuters / Kacper Pempel

An Al Jazeera video which accused Israel of exploiting the Holocaust to carry out a Nazi-like policy of “annihilation” against the Palestinians has been deleted following accusations of anti-Semitism.

Posted on the Arabic version of Al Jazeera’s popular current events channel, AJ+, the short commentary video argued that while the Holocaust did in fact happen, the total number of Jews killed by the Nazis was “inflated by the Zionist movement”to create international support for the creation of Israel.

“The annihilation of any people because of their race, sex or religion is an unacceptable thing that deserves to be strongly denounced. Denouncing the Holocaust is a moral obligation,” video’s presenter, Muna Hawwa, said. “But Israel is the biggest winner from the Holocaust, and it uses the same Nazi justifications as a launching pad for the racial cleansing and annihilation of the Palestinians.”

The video continued: “The main ideology of the ‘State of Israel’ is based on religious, national and geographic concepts that suckled from the Nazi spirit and its main notions.”

Social media users lined up to condemn the video, with some claiming that the commentary reveals a side of Al Jazeera that most Westerners never see. A tweet comparing the incendiary, Arabic-language take on the Holocaust to how AJ+’s English channel presents the tragedy received more than 7,000 likes. 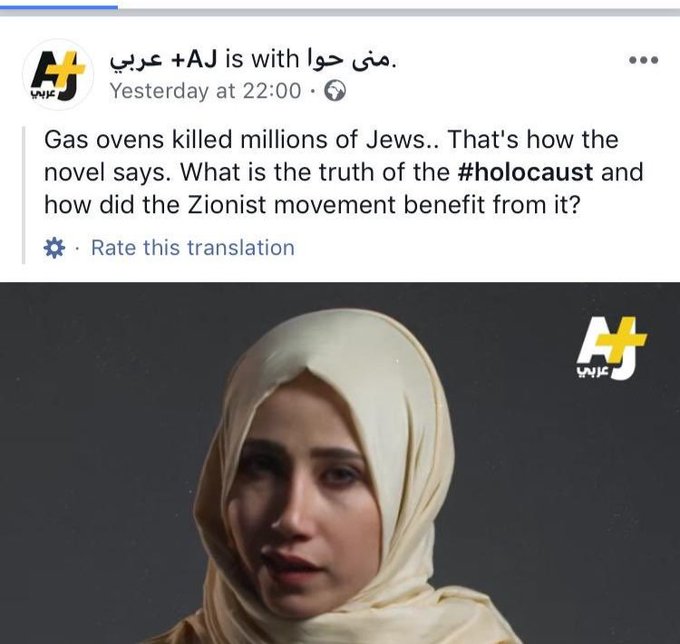 Israeli Ministry of Foreign Affairs Spokesperson Emmanuel Nahshon wrote on Twitter Saturday that the AJ+ video “is the worst kind of pernicious evil” and that Al Jazeera “brainwashes young people in the Arab world” and “perpetuates hatred of Israel and the Jews.”

t kind of pernicious evil. That’s how @AlJazeera brainwashes young people in the Arab world and perpetuates hatred of Israel and the Jews. Lies and evil propagated by the ideological descendants of “ Der Stürmer”.

• Number of victims is debatable, some deny the extermination, some say it is exaggerated, some blame the Zionist movement for playing it up

A spokesman for Israeli Prime Minister Benjamin Netanyahu described the video as “anti-Semitic” and accused Al Jazeera of “spreading lies” about the Holocaust and Israel in order to “incite the masses.” 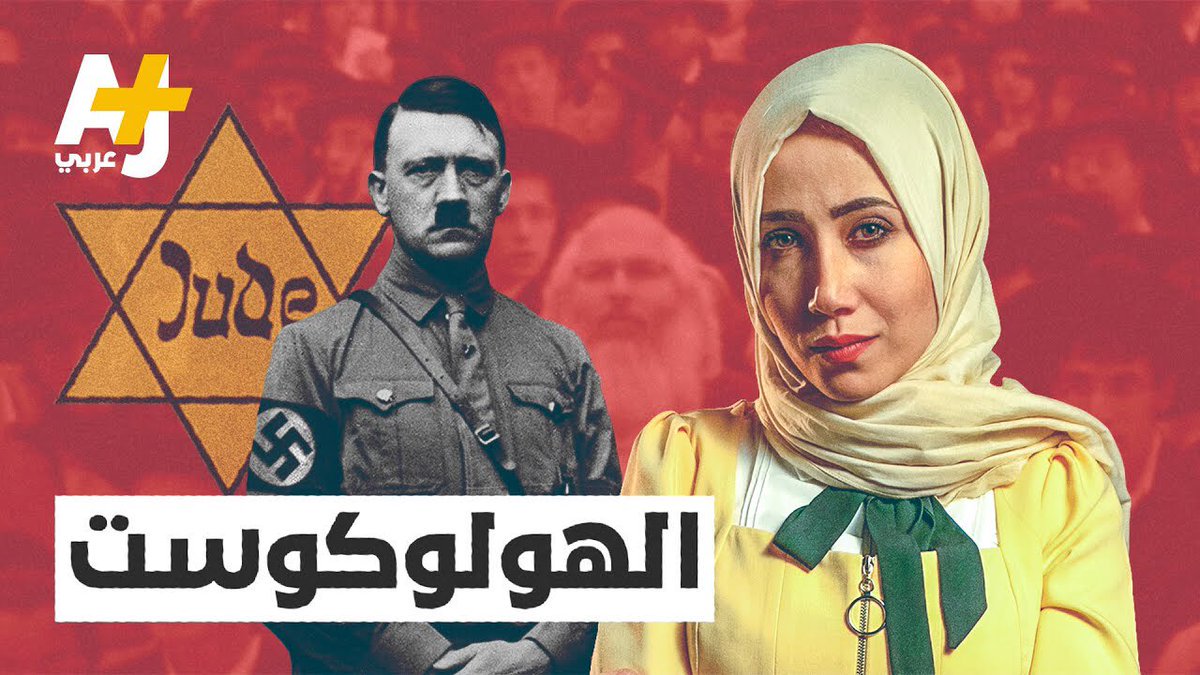 The network quickly pulled the video, claiming that it had been deleted because it “violated the editorial standards of the network.” The commentary amassed 1.1 million views on Facebook and Twitter before it was taken down, according to Haaretz.

Al Jazeera Media Network deleted a video produced by AJ+ Arabic because it violated the editorial standards of the Network.