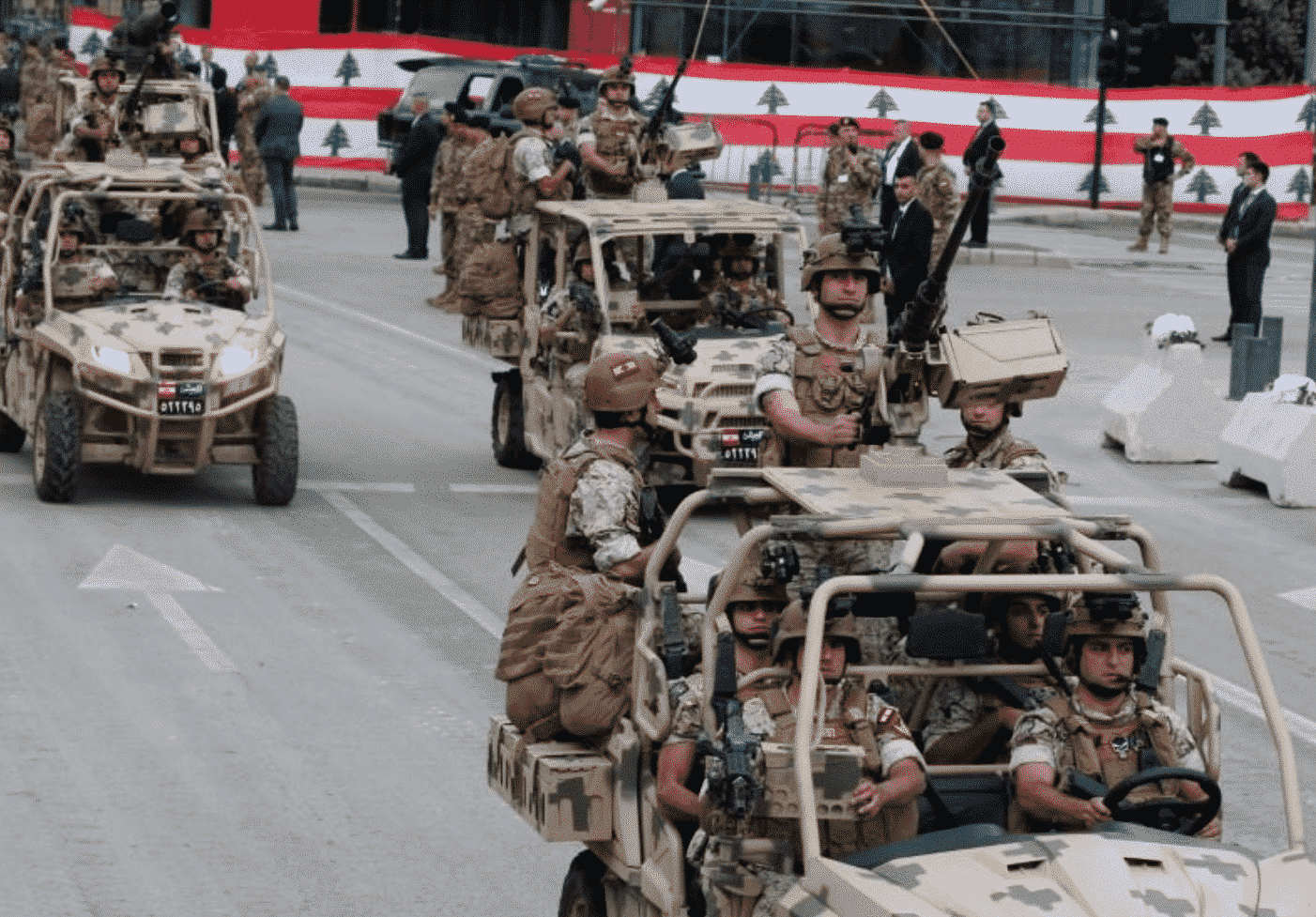 In an article titled “Talk of War against Iran – Our Country Is Not Outside the Campaign” in the pro-Hizbullah Lebanese daily Al-Akhbar, the daily’s editor, Ibrahim Al-Amin, discussed the possibility of an attack on Iran and the implications for Lebanon. He wrote that the U.S. position on Iran is not entirely clear and its moves do not necessarily herald an attack on Iran; nevertheless, America’s allies – Israel, Saudi Arabia, the UAE and some European countries – urge it to take military action against Iran, seeing this as the only way to get it to change its policies, and the U.S. is certainly preparing the ground for this option. Al-Amin compared the current tension between the U.S. and Iran to the tension between Israel and Hizbullah: just as Israel wants to attack Hizbullah, but experts within it warn that an attack will be costly and will not necessarily produce a decisive result, the U.S. wants to weaken Iran and its allies, but knows that war against it will come at a price. The proponents of war on Iran, he says, do not realize that Iran is very powerful on the economic, political and military levels, and has a large arsenal that can threaten even Europe, as well as fighting capabilities that can topple states. Moreover, its many allies in Afghanistan, Syria, Iraq, Yemen, Palestine and elsewhere will come to its aid if it is attacked.  He declared that, if a war breaks out, Hizbullah, as part of the resistance axis, will be a major part of it, and that the flames will reach Israel, Saudi Arabia, the UAE and other countries.

The following are excerpts from his article:[1]

“The current U.S. administration seems to be uncertain in its conduct vis-à-vis Iran. Donald Trump’s policy, like those of his predecessors, is based on subjugating the world, although each [president] had his own style. Trump, a lover of deals, knows that they require lining up all of one’s powerful cards ahead of negotiations, and during [negotiations] he considers things according to the direct interest of the U.S., as he perceives it. That’s what he is doing in the case of Iran.

“But the variable here has to do with the nature of his team and the interests of the U.S. and its allies in the world and the region. This coalition – which takes a different position on Iran [than Trump] – includes [U.S.] State Department teams, the [U.S.] National Security Council and [other] influential forces in the U.S., [as well as] Israel, Saudi Arabia, the UAE and European players. This coalition believes it is impossible to reach an understanding with Iran that will cause it to comply with U.S. policy, and that it is therefore time to hit it hard, so as to precipitate a domestic crisis that will lead to its internal collapse and weaken the entire axis it heads in the region. The proponents of this view believe that all the wars that have taken place in the region since 2001, in Iraq, Syria, Palestine and Lebanon, did not achieve their objective of delivering a blow to the Iranian strategy that is hostile to the interests of the West and Israel, and therefore it is time to stop targeting  [Iran’s] arms and start aiming directly at the head [i.e., at Iran itself]…

“So far, nobody can say for sure where the U.S. is headed. The mobilization of the military, diplomatic and media [forces] does not necessarily signify that it is angling for war, but it is [definitely] preparing the ground for a large-scale confrontation in several arenas, which will not necessarily end with a decisive [victory for anyone]. That is why everyone is discussing the matter realistically, even though Iran’s rivals and enemies are highly motivated [to take action]. In this situation, we are looking at a model similar to the current enmity between Israel and the Lebanese Hizbullah, in which the enemy [Israel] has every reason to start a large-scale war. Moreover, the climate in the region is suitable [for war] in terms of the hostility and mobilization against Hizbullah in no few Arab capitals, as well as the ongoing hostility towards it within Lebanon. However, various professional elements in Israel believe there is need to examine every option in terms of the [optimal] conduct and the ability to win the war. Besides, the price [of war] is [now] higher than they assessed in the past. This is also true in the case of Iran. Nobody dares to call for a comprehensive confrontation today, even though many want to keep [Iran] from gaining power…”

Iran Has Allies That Will Join It In War, And Is Capable Of Toppling States

“The proponents of war believe that Iran will face difficulties that will cause it to back down and negotiate. Some believe that the current situation in Iran is similar to its situation 30 years ago [at the end of the Iran-Iraq war], and make the mistake of thinking that its leadership places the survival of the regime above anything else. They contend that, just as Imam Khomeini chose to end the war with Iraq, the [current] Iranian leadership will also back down if pressured and subjected to a serious blow. But these people may be misjudging the situation in Iran and the powerful cards it holds.

“Iran is now hundreds of times more powerful in economic, political and military terms, and in terms of its influence, than it was in the days of its war with Iraq. It has strengths that will enable it to cope, despite the difficulties, with all [the implications of] the siege that has been imposed on it. The character of its economy allows it to withstand this type of economic pressure.

“Tehran has close relations with the world and the region, which will prevent its isolation. The Gulf states, which stood with Saddam Hussein in his war against Iran, no longer think the same way, and place their own interests before those of America… Even Europe treats Iran differently [than before], as do Turkey, Afghanistan, Pakistan and Russia. Washingtonwill not find in these countries any leeway for conducting a devastating war against Iran.

“Iran now possesses an arsenal that threatens the farthest edges of Western Europe, and can also destroy all the centers of influence in the Middle East. It has fighting capabilities that will enable to it launch a war for a period that will not suit the interests of large armies and countries like the U.S. Moreover, it will undermine and perhaps even destroy so-called states that now exist.

“Iran has allies that will join it in war: a real army in Afghanistan; an influential force in Syria and Iraq; Hizbullah, a party with state-like powers; and vast capabilities in Yemen, as well as allies in Palestine and other parts of the Arab world who will feel the need to come to its aid…”

“The airstrike carried out by the [Houthi] Yemeni forces on major oil facilities in Saudi Arabia had results, and the operations against oil tankers in the UAE, no matter who was responsible for them, conveyed the message that a war against a country like Iran would be devastating. It should be noted that the tankers were not targeted in Dubai or the Persian Gulf, but outside the Strait of Hormuz. Some say that, if Iran closes the strait, it will not disrupt the shipping of oil from areas outside the Gulf, [but] nobody can be sure that such operations [outside the Gulf] will not recur and increase in scope and intensity.

“There is also another issue that analysts should take into consideration. Trump has already warned all [U.S.] nationals in the countries of the region to take precautions, and has placed the thousands of [U.S.] diplomats and functionaries under a kind of curfew. He is [also] carrying out military exercises to defend his military bases and political and diplomatic headquarters in these countries. [But all] this will be meaningless if war breaks out. Even America’s allies that are urging it to go to war – Israel, Saudi Arabia, the UAE and others – know very well that the flames will reach them when the war breaks out.”

Hizbullah Will Be At The Heart Of The Campaign

“As for us in Lebanon and Palestine, everyone knows that the main goal of a war against Iran is to ensure Israel’s safety and security by targeting Iran’s allies in the region. Israel knows very well, for this is a known fact, that it will be involved in the war and will be a real target for Iran’s allies. It will behave as though this is an opportunity to harm ‘Iran’s agents,’ as the U.S. secretary of state says. Today, the American, Israeli and Saudi discourse is inciting against Iran. More than anything they are after Hizbullah, and [Hizbullah] knows this very well and knows its strengths and its place in this campaign… in which it will play a central role.

“Suffice it to describe a single scenario. When the enemy threatened the operatives and facilities of the resistance in Lebanon, Hassan [Nasrallah] hinted at the possibility of targeting [Israel’s] nuclear facilities in Dimona and the ammonia tanks in Haifa. We can only imagine what his position will be if the enemy threatens Iran, the pivot and defender of the resistance axis.

“The Soviet leader of old, Josef Stalin, was once asked about the nature of the ties between the Soviet Union – the center of the communist movement – and other communist forces around the world. He replied: ‘We support and sponsor all the communist parties in the world. Each of us operates according to his status and circumstances. If any [communist] party experiences a crisis in its country, we will see how we can assist it and figure out the best course of action. [And] if we are in crisis, the communists around the world will no doubt come to the aid of the Soviet Union.”