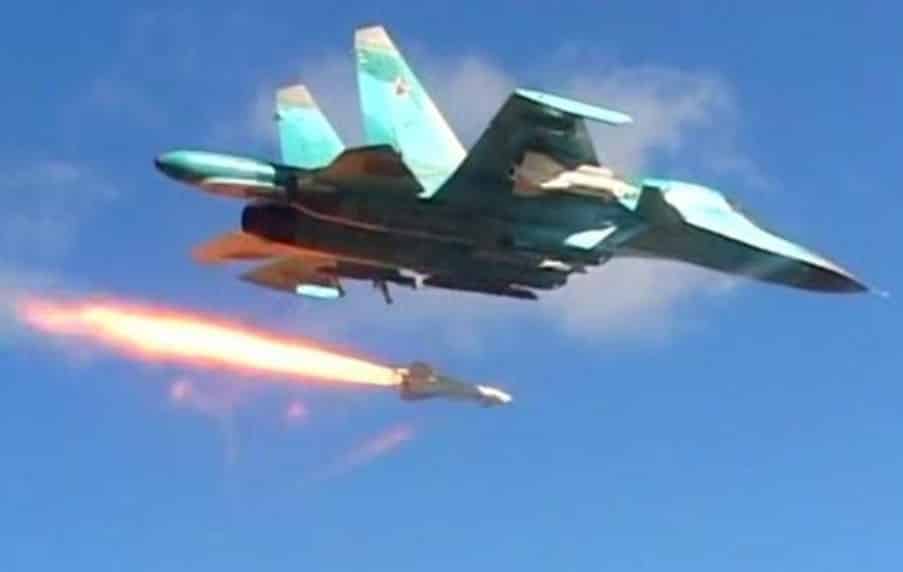 The Russian Air Force let loose a large-scale attack across northwestern Syria recently, targeting several areas under the control of the militant forces.

According to a military report from the Hama Governorate, the Russian Air Force heavily targeted the western countryside of the Idlib Governorate, hitting Hay’at Tahrir Al-Sham’s positions inside the towns of Khan Sheikhoun, Jisr Al-Shughour, and Kafr Nabl.

The Russian airstrikes were reportedly carried out in retaliation for the militant attacks on the Hmeimim Airbase in the southwestern region of Latakia.

These militant attacks on the Hmeimim Airbase have been carried out at least twice in the last 24 hours; however, they were unable to score any direct hits on the installation due to the Russian air defenses.