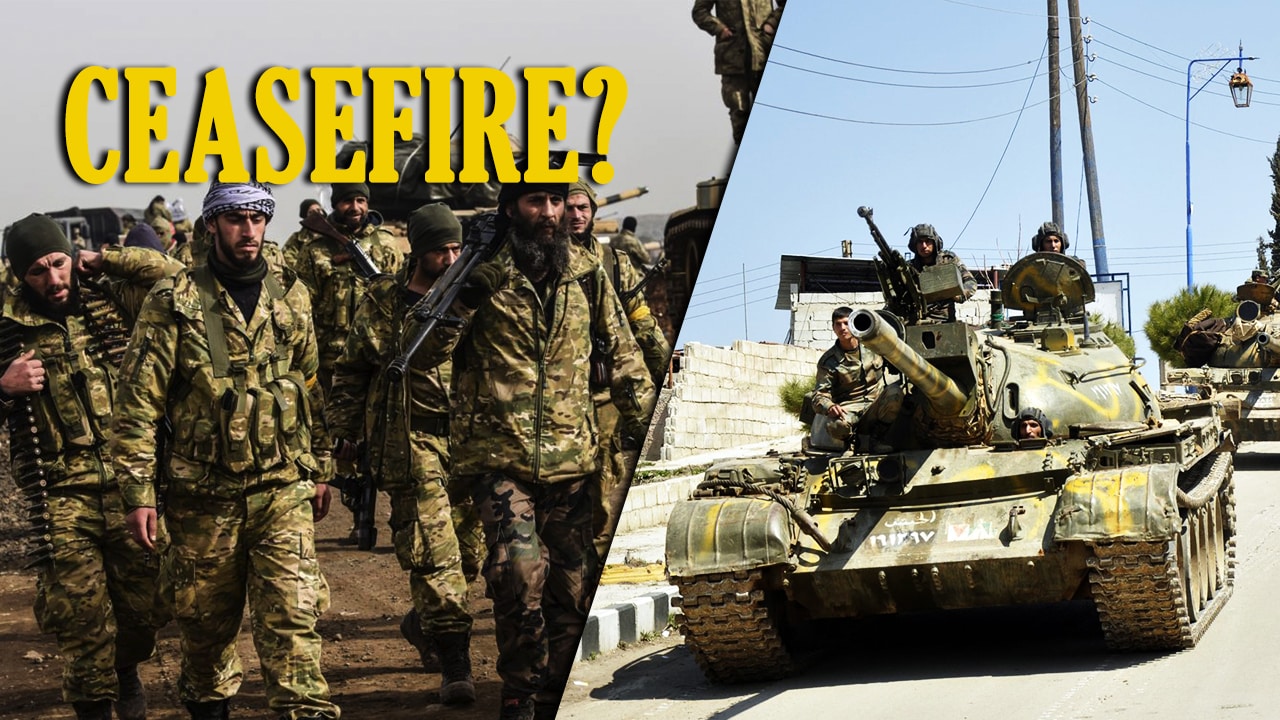 On May 17 and May 18, the Syrian Air Defense Forces (SADF) intercepted several unidentified aerial objects over Damascus and the southern part of the country. In both cases, the intercepted targets came from the southern Syria border, near the contact line with Israel.

Some sources speculated that the SADF was repelling Israeli strikes. However, no explosions were reported in Damascus and its countryside as well as pro-government sources were not able to present any vestiges of intercepted missiles. The situation with the interceptions remains unclear.

At the same time, the Damascus government and Russia came with another peaceful initiative for Idlib militants. On May 18, the Syrian Arab Army (SAA) introduced a temporary ceasefire halting offensive operations around Idlib, in particular in northwestern Hama.

Militants reacted to this announcement in their common manner. On the same day, unguided rockets were launched at Russia’s Hmeimim airbase and the nearby villages of Acharashir and Hwaiz. A civilian was killed and several others were injured in the shelling. There were no casualties to Russian personnel or damage to the airbase’s facilities.

Clashes between Hayat Tahrir al-Sham and the SAA also continued in northern Lattakia. On May 19, militants claimed that the SAA had used munitions armed with chlorine gas in the area. However, according to pro-militant sources, the gas attack caused no casualties. Multiple anti-tank guided strikes by militants were also reported in northwestern Hama.

These developments serve another confirmation that ceasefire agreements work not so well in the areas with a high presence of Hayat Tahrir al-Sham members. If the SAA and its allies are set to fulfil the ceasefire, it will likely mark the end of the operation in northwestern Hama.

Meanwhile, in northeastern Syria, the Syrian Democratic Forces (SDF) and the US-led coalition continue efforts to consolidate control over this part of the country. The SDF and the coalition pay a special attention to combating the remaining ISIS cells along the eastern bank of the Euphrates.

If relations between the SDF and the Damascus government remain at the current low level, the US-led coalition will use the situation to turn northeastern Syria into its de-facto protectorate.