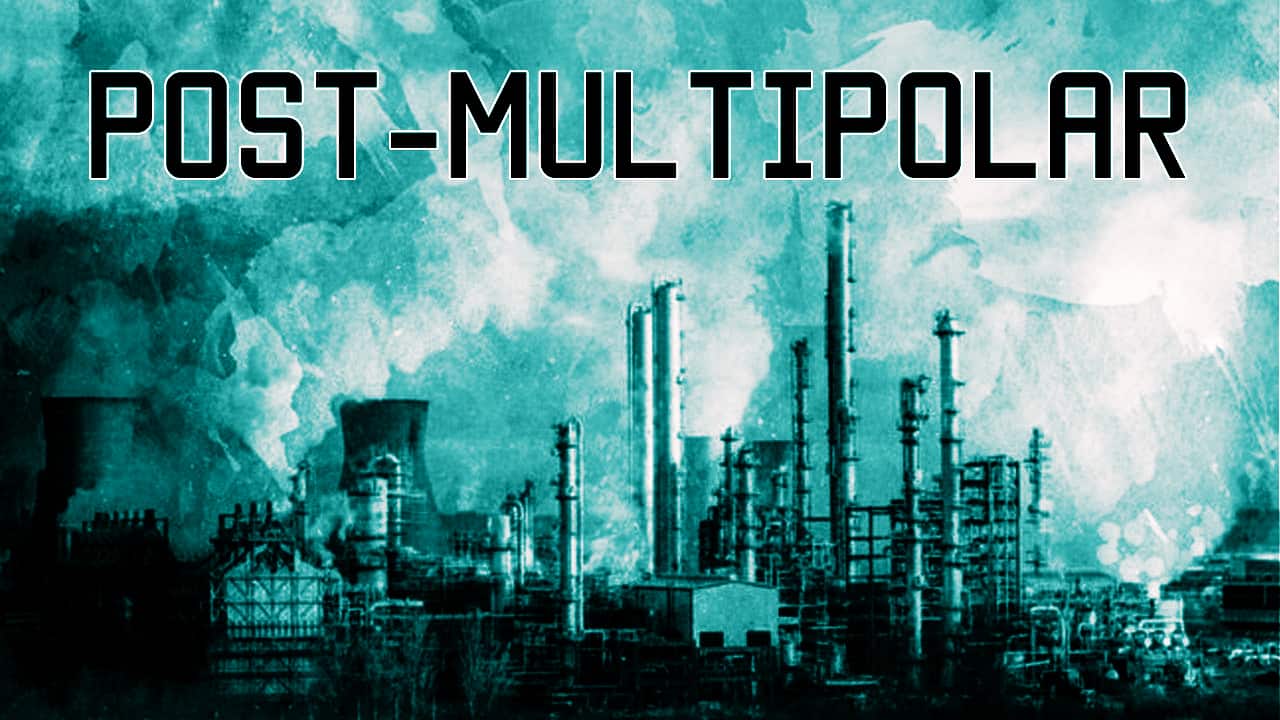 At one time, specifically during the post-World War 2 Bretton Woods era, it looked like as if the capitalist model could be indefinitely sustainable and avoid plunging the world into major world conflicts. That era began to come to an end during the stagflation crisis of the 1970s, and came to a complete end at the end of the Cold War which ushered in the era of the so-called “globalization” which took form of unbridled competition for markets and resources. At first this competition did not show many signs of trouble. There were many “emerging markets” created as a result of the collapse of the Soviet bloc into which Western corporations could expand. However, the law of diminishing returns being what it is, the initial rapid economic growth rates could not be sustained and attempts to goose it using extremely liberal central bank policies, to the point of zero and even negative interest rates, succeeded in inflating—and bursting—several financial “bubbles”. Even today’s US economy bears many hallmarks of such a bubble, and it is only one of many. Sooner or later the proverbial “black swan” event will unleash a veritable domino effect of popping bubbles and plunge the global economy into a crisis of a magnitude it has not seen since the 1930s. A crisis against which the leading world powers have few weapons to deploy, since they have expended their monetary and fiscal “firepower” on the 2008 crisis, to little avail. The low interest rates and high levels of national debt mean that the next big crisis will not be simply “more of the same.” It will fundamentally rearrange the global economy.

The Once and Future Multipolar System?

While the 1944 Bretton Woods  conference sought to re-establish a global economic order that was destroyed in the Great Depression, the formation of the United Nations served a rather different aim. The UN Security Council, with five veto-wielding permanent members, meant that for as long as these five countries abided by its rules, there would be five spheres of influence and therefore also five relatively exclusive economic zones. British leaders in 1945, for example, hardly desired the dissolution of their empire; records of wartime discussions between FDR and Churchill show the two clashed repeatedly over the tariff barriers separating British colonial possessions from international trade.  That which became known as the “Iron Curtain” was a feature, not a bug, of that system—Churchill himself wanted one for his empire, after all. However, is the apparent multi-polar system of today any more viable than the one which appeared to emerge after 1945?

“We have always been at war with Eurasia”

The post-WW2 multipolar world did not come to pass because the French and British empires collapsed and its newly independent states became aligned with either the United States or the USSR, and the PRC was in no shape to exert much power outside of its own borders since it was recovering from decades of civil war and foreign occupation. Seven decades after WW2’s conclusion, however, one can readily see that the era of US and European economic dominance is giving way to a multipolar world in which Russia and China are once again capable of standing up for their economic interests.

However, a return to genuine multipolarity does not appear very likely. Russia and China need each other too much to risk conflict by pursuing their own separate and mutually exclusive economic spheres of influence. Rather, we can expect a gradual merger of the two. When it comes to the US and the EU, the situation is slightly more complicated.

While George Orwell imagined the future of Russia (Eurasia) and China (Eastasia) as imperial entities unintegrated with one another, a prediction that does not appear to be coming true, the establishment of Oceania, governed from the United States and UK playing the role of “Airstrip One” seems to be looming every closer. Only the status of Europe remains unclear at this point. The European Union is still unfit to shoulder world power responsibilities, it has barely weathered the last economic crisis, and the next one could easily be the final nail in its coffin. It certainly does not help that the United States is attempting to thoroughly economically dominate the European Union in order to deal with its own economic problems. Reducing European exports to the US and expanding US energy exports to the EU is very high on the list of White House priorities, to the point of risking trade war. Europe’s behavior following the US unilateral JCPOA withdrawal shows that the Europeans are incapable to oppose US power, even if it means defending important economic interests.

On the other hand, and in response to the Trump administration increasingly brazen attempts to subjugate Europe in political and economic terms, Germany and France are pursuing efforts to establish a solid EU “core”. This “core” would boast a European army, a concept whose popularity has grown in recent years, and be capable of collective action in the event of a crisis even if it means shedding the less well integrated eastern and southern EU members or at least relegating them to second-class status. However, it remains to be seen whether anything viable can be created before the next crisis topples the European house of cards and leads to power struggles over the political and economic alignment of the individual European states. As logical as developing a unified political and economic European may seem, it practice it is a very difficult idea to implement.

In theory, Germany, France, and Italy as well as other industrialized European states have the potential of becoming an independent force operating in the interests of their nations. In practice, this possibility has almost been lost. In the event of a confrontation with the Anglo-Saxon power center under conditions of difficult relations with Russia and intense struggle over markets with China and other “Asian Tigers” (Japan, ROK, Taiwan), Germany and other above-mentioned European powers lack potential for future economic expansion or even scientific and technological development. Their internal markets lack expansion potential, instead, they appear to be shrinking instead. Populations which produced the most value-added products are aging. The youth has been to a large extent replaced by newcomers who are not interested in industrial labor or hard work in general. These countries’ export capabilitiies are also limited.

On the other hand, if one considers the US competitors, we can readily see groups of actors whose elites have not consented to the roles being imposed upon them by the global elites. This is a heterogeneous group which cannot be termed to exist as a single bloc. National elites’ interests diverge significantly from, and often clash with those of the globalists to a certain degree and at different times. For example, Russian and Chinese national elites do not have identical economic interests. That which interests Chinese capital may be directly counter to the interests of Russian capital. The same is true for social questions. When it comes to Iran, the situation is more complicated still. Accordingly, the main problem of those who seek to compete or oppose the global dominion is that they lack a shared strategic vision and long-term coordinated position. They actions often have only localized significance.

Once that process of coalescence is complete, proxy wars will continue over certain parts of Europe, Africa, Asia, even Latin America, as key powers will struggle over vital markets and resources, using the full array of military, political, economic, cyber, and information weapons that we have seen used in Libya, Ukraine, Yemen, Syria, and Venezuela. This hybrid warfare will be accompanied by a level of official propaganda that will make for example the current “Russiagate” reporting pale in comparison. However, at the same time, the rhetoric will be considerably more heated than the actual level of hostilities between the nuclear weapons-wielding states. Instead, that propaganda will be used to justify internal political censorship and repression, on a scale even greater than we have seen used against the Yellow Vests protests in France.  Deprived of the ability to expand into ever new territories, the West will gradually sink into stagnation , poverty, and domestic disorder. At that point, the world will be in a state of a genuine bi-polar Cold War, a war of political and economic attrition whose outcome is currently impossible to predict.