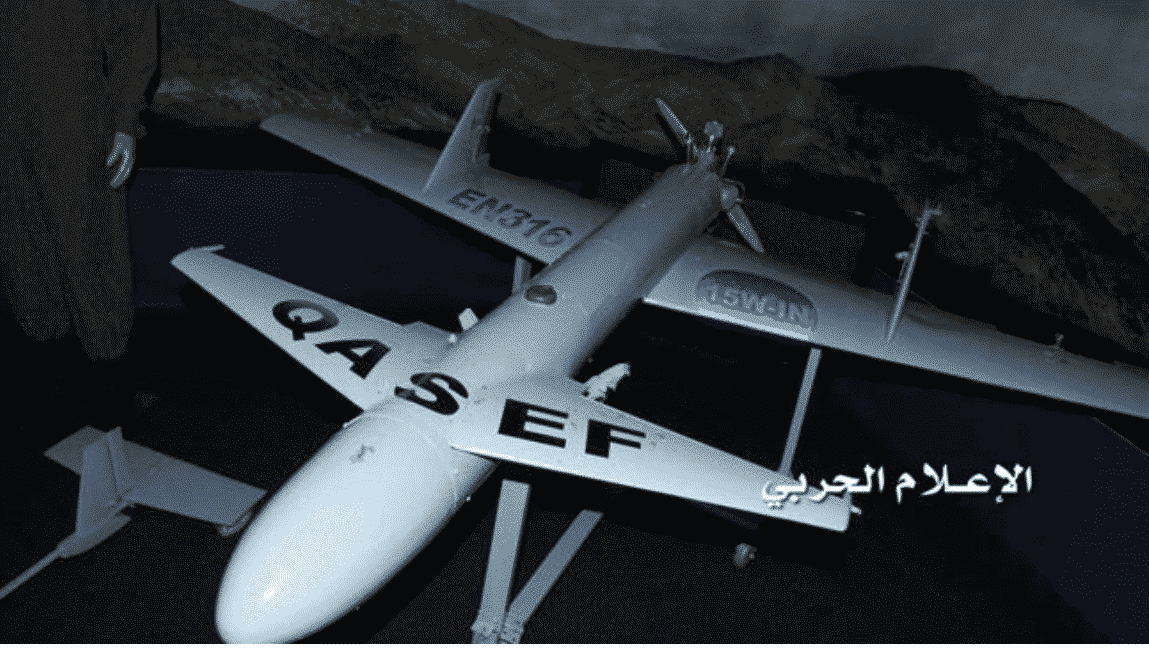 Yemeni armed forces, led by the Houthi Ansarullah movement, have launched a drone strike on an arms depot at an airport in Saudi Arabia’s southern Najran region in retaliation for the kingdom’s bloody military aggression against the impoverished country.

The Houthi-run al-Masirah TV channel has reported that the attack was carried out by a Qasef-2K combat drone on Tuesday, causing a fire at the airport.

Also on Monday, the air defenses of the Yemeni army and the popular committees shot down a hostile Saudi spy drone in the Hais district of the western Hudaydah Province.

The Saudi-led coalition has claimed that a civilian facility in Najran was targeted with an explosives-laden drone in Tuesday’s strike.

In a statement carried by the state-run Saudi Press Agency (SPA), coalition spokesman Colonel Turki al-Maliki said the Houthis were posing “a real threat to regional and international security by targeting civilian objects and civilian facilities.”

He did not, however, give further details of the drone attack, which came a week after Yemeni drones targeted the East-West pipeline in the heart of Saudi Arabia, forcing the state oil giant Aramco to temporarily halt pumping oil on the vital pipeline.

The Houthi movement, which both runs Yemen’s state affairs and defends the country against the Saudi-led aggression launched in March 2015, said the drone attacks were in response to the regime’s crimes against the Yemeni nation.

On Sunday, Ansarullah warned that the strikes targeting the oil pipeline were the start of operations against 300 vital targets in Saudi Arabia, the United Arab Emirates and Yemen.

Yemen’s Ansarullah movement says its recent attack on a major Saudi oil facility was just the beginning of a larger operation.

Maliki on Monday claimed that the Houthis had fired two ballistic missiles toward the cities of Mecca and Jeddah, but that both had been intercepted by the Saudi air defense.

The Yemeni fighters, however, rejected the claims, stressing that they would never target the Muslim holy sites.

“The Saudi regime is trying, through these allegations, to rally support for its brutal aggression against our great Yemeni people,” Yemen’s armed forces spokesman Brigadier General Yahya Sare’e  said in a Facebook post.

Houthi spokesman Mohammed Abdulsalam also stressed that the Riyadh regime has “fabricated the lie” about targeting Mecca to divert attention from what is happening in Yemen.

Saudi Arabia and its allies launched the war against Yemen in an attempt to reinstall the Riyadh-allied former regime and crush the Houthi Ansarullah movement — objectives that have failed to materialize thanks to the stiff resistance put up by Yemeni fighters.

The Western-backed military aggression, coupled with a naval blockade, has killed tens of  thousands of Yemenis, destroyed the country’s infrastructure and led to a massive humanitarian crisis.