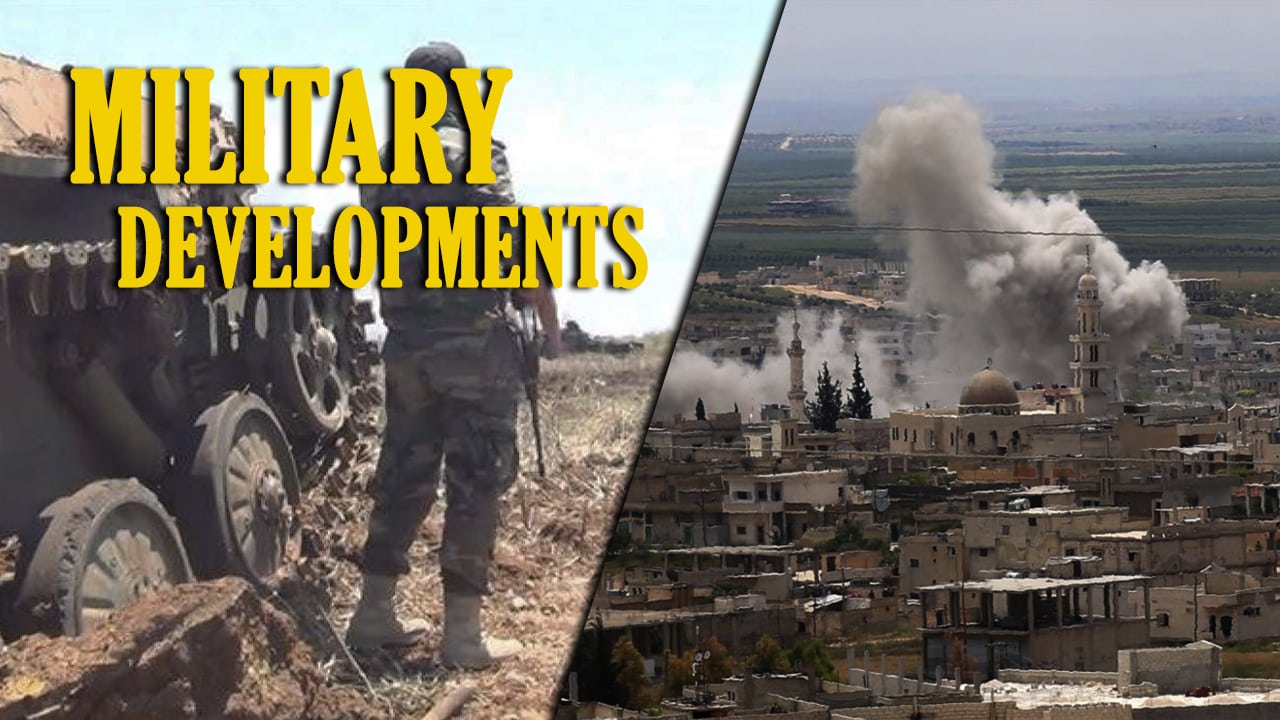 On May 21, Hayat Tahrir al-Sham (the former branch of al-Qaeda in Syria) and its Turkish-backed allies launched an attack from the direction of al-Habit and Qusaybiyah in northwestern Hama on positions of the Syrian Arab Army (SAA) in Kafr Nabudah, Tal Hawash and Qafr-Zaita.

The attack started with at least one successful attack by a suicide vehicle borne improvised explosive device near SAA positions. Militant group infantry was backed up by several rocket launchers and battle tanks.

In the framework of this attack, militants reached Kafr Nabudah attempting to capture it. Since then, intense fighting has been ongoing there.

At the same time, SAA units have still not been able to make any progress in the area of Kbanah in northwestern Lattakia. Hayat Tahrir al-Sham and the Turkestan Islamic Party have well-fortified positions in this area and have successfully repelled most SAA attacks.

Both sides claim that their enemies suffered major casualties.

The situation is further complicated by speculations about chemical weapons, which are being spread by radical groups. As always, they use this kind of propaganda in the attempt to get foreign support in their battle against the Damascus government.

The US State Department has already reacted to a recent claim that the SAA allegedly used chlorine in northern Lattakia threatening to attack Syria once again.

“We are still gathering information on this incident, but we repeat our warning that if the Assad regime uses chemical weapons, the United States and our allies will respond quickly and appropriately,” State Department spokesperson Morgan Ortagus said claiming that “the Assad regime’s culpability in horrific chemical weapons attacks is undeniable”.

In turn, the Russian military warned that militants are preparing new provocations involving chemical weapons. According to the Russian Center for reconciliation, captured militants revealed that Hayat Tahrir al-Sham had set up a special unit named the ‘chemical wing’ for this purpose. The unit is reportedly headed by Abu Basir al-Britani, a member of the al-Qaeda linked group Hurras al-Din. This group is a close ally of Hayat Tahrir al-Sham.

The recent developments once again confirm that the Greater Idlib zone remains a nest of various terrorist groups deeply linked to the so-called Syrian opposition. The de-escalation efforts and attempts to separate “moderate rebels” from “terrorists” resulted in little progress. All these create a serious pretext for further military action in this area.