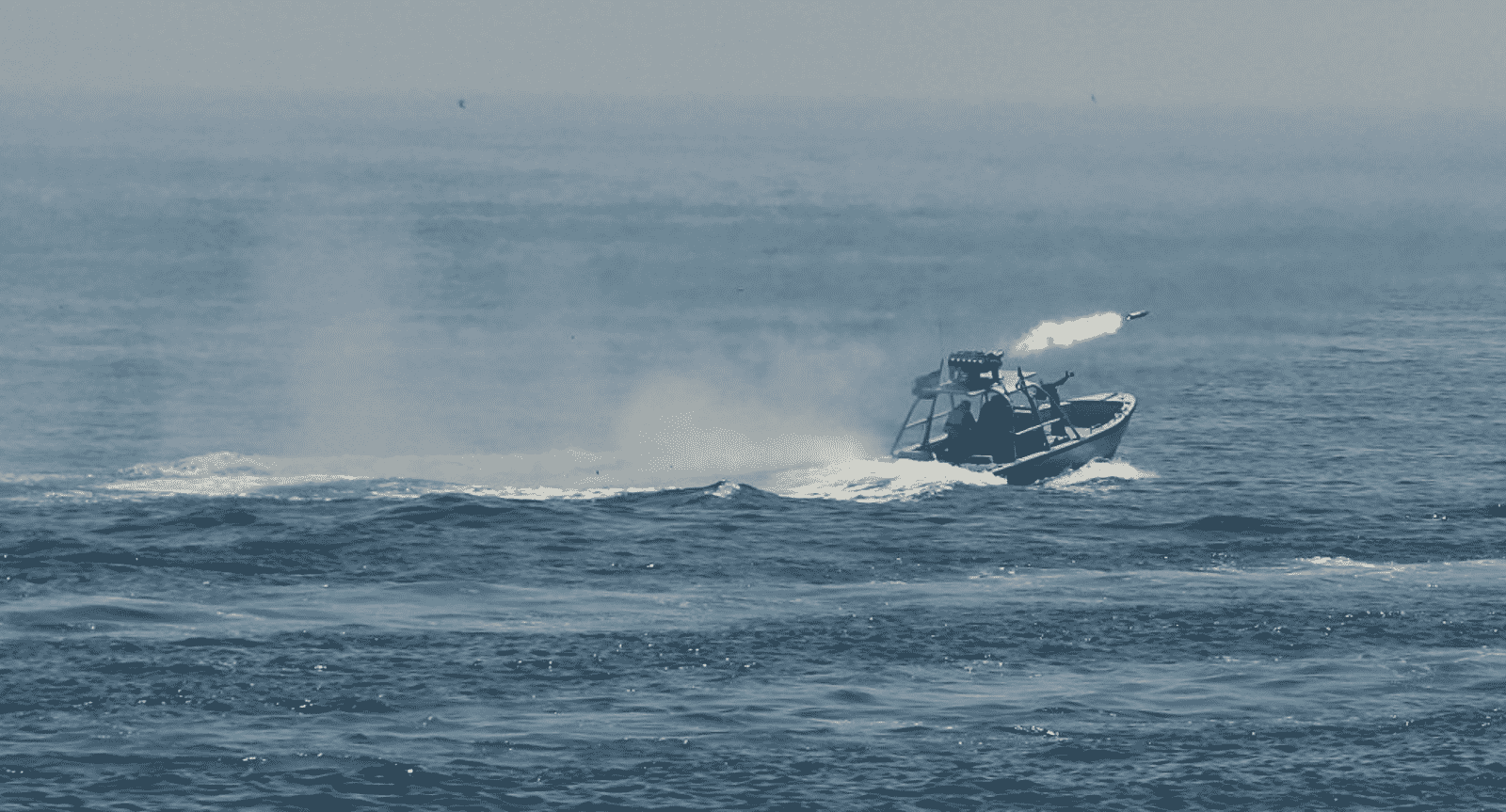 The game is blackmail. America is planning an attack on Syria over what any sane person knows is pure insanity. Obama refused but Trump loves the idea, putting American ships and planes there, hoping Syria will retaliate and then Trump can go to his nukes…again.

Trump told us he loves nukes. What the fake media won’t tells us is that he has used them and nobody can stop him.

Now he is dangling two dozen ships in the Persian Gulf and Indian Ocean in front of Iran.

These ships are useless. Want to see why?

Iran has hundreds of these missile boats which can range not only through the entire Persian Gulf but well into the Arabian Sea as well. These missiles can disable a destroyer and several can leave an aircraft carrier no more than a hulk.

It won’t be one fired at a carrier but a barrage including longer range and highly sophisticated missiles capable of tracking American ships not just in the Gulf but pushing them well into the Indian Ocean.

Iran “fired Hormuz-2 this week and the missile successfully destroyed a target at a distance of 250 kilometers,” commander of the Aerospace Division of the Islamic Revolution Guards Corps (IRGC) Brig. Gen. Amir Ali Hajizadeh said Thursday.

Hormuz-2 is a naval strike ballistic missile that can hit mobile targets at sea with high precision. It has a range of almost 300 kilometers.

You see, America’s only response to Syria or Iran, should they choose to sink American ships, and they can do it easily as Syria showed Israel, is to use nuclear weapons.

The US could invade Syria and do so successfully but Iran could defeat the US in a ground war and do so handily. America is militarily weak on the ground, weaker than Iran. Our air power is useless with Iran’s advanced Russian air defenses and the US has absolutely no access to Iran by land or sea. Iran is a geographic fortress, as is Venezuela, leaving America to make noise and depend on nukes and the lying press.

Past that, the US has one more game, biological warfare and the US has used that over and over as well. The US is spending billions on fake research facilities in Tbilisi, Georgia for one, where the US weaponized Swine Flu and other diseases, but several others as well including a facility in Southern Libya co-run with Israel, right out of Michael Creighton’s Andromeda Strain.

Here goes, hold on tight, this is going to be a ride and if, as you very well know, we are withholding so much more, let your imagination run wild.

America’s real defense posture is entirely based on deploying deniable nuclear weapons. These weapons don’t have to be clean, they don’t have to be small. Control of the media, including and especially 100% censorship within the US of all things like I am writing right now, makes the use of nukes on a regular basis not only expedient but a perfect “go to” weapon for the power mad.

Let’s take two circumstances, perhaps a few more. MH17 for one, the Ukraine shot it down itself, long proven, rerouted it, followed it with jet fighters, and shot it down. The US then used intelligence assets within Russia, bought during the Yeltsin period, to keep the focus on “missile” though a missile fired in the middle of the day is impossible without filming its contrail.

Moreover, an F15 AWAC was used flown form Azerbaijan over Georgia and into the region, to manage the attack, an Israeli plane. Its transponder was off but a Canadian group spotted it. Russian S400 radars picked up the whole thing, AEGIS “onshore” in Romania did as well as did satellite.

Russia refused to really challenge the US on this, but why? That’s the real question.

Knowing how toothless America really is militarily, how our military has deteriorated, how it has offloaded to private contractors, how useless our intelligence is, how incompetent our planners are, how Israel has infiltrated and crippled the Pentagon, is unbearable for any real American who knows the truth.

America’s service academies have vacuumed our streets clean of mama’s boys and strutting whiners. The rest of our military was destroyed in endless deployments. The entire concept doesn’t work. You can’t fill rifle squads with 30 year olds.

What you can’t also do is run wars from vehicles, nothing more than targets for Kornet and RPG 7 missiles.

We built an occupation army with limited capability of armored strikes when full air superiority is present. We don’t have air superiority when there are advanced missile defenses.

Do remember, we lost 5000 combat aircraft in Vietnam including 31 B 52s. The rotting airframes of 500 Phantom II’s are still in the Vietnam jungle.

America doesn’t have 5000 aircraft anymore. Add to this 5200 helicopters lost by the Army alone, 10,000 aircraft. Hey, the US lost 95,000 aircraft in World War II, a figure we lie about also with deaths in that war twice what we report, well over 1 million.

Our losses in Vietnam, depending on stats used, 58k or 1.3 million. When you add the slower Agent Orange deaths, it hits 2.2 million.

We lied about Vietnam, how hundreds of American first line jets were shot down by North Vietnamese pilots, ten times what we admit to, how missiles downed not hundreds but thousands. Here’s the list, read it and weep: 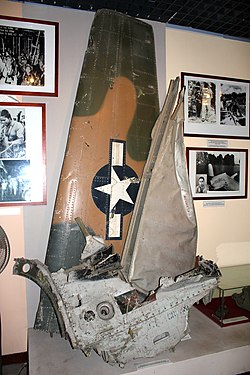 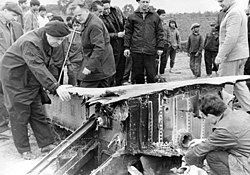 Soviet specialists inspect the wreckage of the B-52 Stratofortress which was shot down near Hanoi on December 23, 1972. 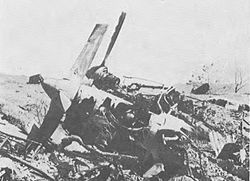 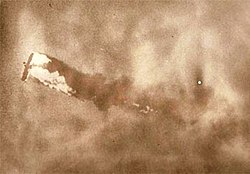 A U.S. aircraft shot down over North Vietnam, 1968 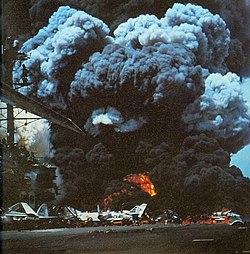 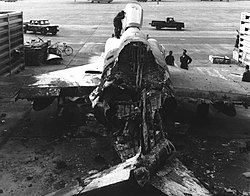 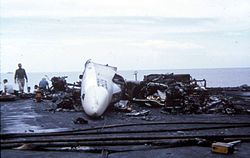 A-5 Vigilante destroyed in the USS Forrestal fire 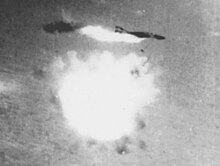 RF-4 explodes after being hit by SA-2 missile.

Source for F-4 losses is Phantom with U.S. Marine Corps (Joe Baugher), others are unsourced 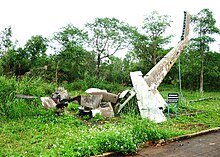