Home Government Israel’s war criminals in their own words 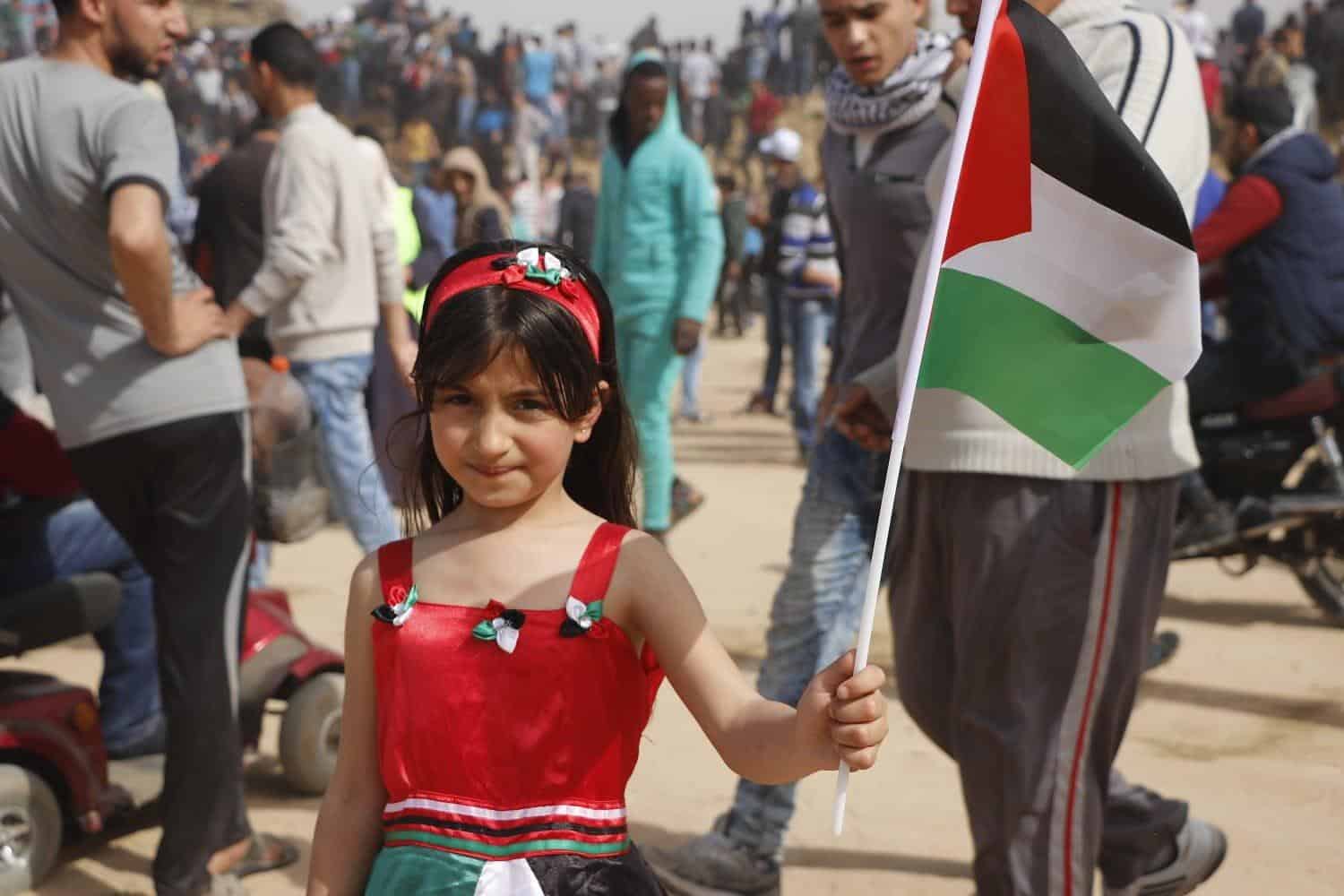 from Phil Giraldi, …first published at the Unz Review

[ Editor’s Note: Phil uses a bulletproof tactic here, exposing the ugliness inside Israel simply by quoting a respected Israeli general who could have been the son of an SS general.

There is a ton more material like you will read below, where Zionist Jews are talking about, in a twisted way, their call to “go out and be a light unto the world”, when they are killing and crippling rock-throwing Palestinian kids who could grow up to be a threat to Israel by wanting to be free.

Corporate media never republished this interview material from Hebrew, so it remains hidden in public view, so to speak.

I used a similar style when touching on Israel matters in my Heritage TV days, where I dipped into my full bookcase of Jewish autobiographies to find what I called “confession quotes”.

It seems many of the writers had felt that the number of non-Jews reading their books would be so small that there could never be any substantial blowback from what a few of the “others” had learned.

To date, I have never been publicly attacked or gotten the antisemite smear, as it was correctly figured out that I would just put out more material with more “interesting” quotes, thus it was wiser to ignore me so as to not generate more public attention.

No one has gotten Phil either. He knows how to tiptoe through the minefield, yet still get the job done. In this case, he rubs the faces of all those who blindly support Israel, so more will have a chance to see the true face of militant Zionism … Jim W. Dean ]

Israel’s public face, sustained and propagated by a wealthy and powerful diaspora that has significant control over the media, insists that the country is the Middle East’s only true democracy, that is operates under a rule of law for all its citizens and that its army is the “most moral in the world.”

All of those assertions are false. Israel’s government favors its Jewish citizens through laws and regulations that are defined by religion. It in fact now identifies itself legally as a Jewish state with Christians and Muslim citizens having second class status.

Israel’s army, meanwhile, has committed numerous war crimes against largely unarmed civilian populations in the past seventy years, both in Lebanon and directed against the Palestinians on the West Bank and Gaza.

In response to the past year’s Great March of Return protests staged by Gazans along the fence line that separates them from Israel, Israeli army snipers have shot dead 293 Palestinians and wounded seven thousand more.

Twenty-thousand other Gazans have been harmed by other weapons used by the Israelis, to include canisters from the volleys of tear gas and rubber bullets. The numbers include hundreds of children and medical personnel trying to help the wounded, which reportedly have been particularly targeted.

The United Nations has reported that many of the wounded have been shot in their legs, which the Israeli army regards as “restraint” on its part. Many of those injured will likely need to have limbs amputated because Gaza lacks the medical facilities required to properly treat their wounds.

Israel has bombed hospitals and blocked the importation of medical supplies into Gaza while also not allowing Gazans to leave the enclave for medical treatment elsewhere in the Middle East.

One hundred and twenty amputations have already been performed this year. Jamie McGoldrick, the U.N. Humanitarian Coordinator for the Occupied Territories explained,

“You’ve got 1,700 people who are in need of serious, complicated surgeries for them to be able to walk again…[requiring] very, very serious and complex bone reconstruction surgery over a two-year period before they start to rehabilitate themselves.”

The U.N. would like to provide $20 million in assistance to enable medical treatment rather than amputations but the United States has refused to support emergency funding for the Palestinians through the Relief Works Agency (UNRWA), a step presumably taken to benefit Israel by punishing the Palestinian people.

Interestingly, a document has recent re-surfaced describing in chilling terms the Israel Army’s viewpoint on shooting protesting Arabs. One year ago former British diplomat Craig Murray posted on his blog, “Condemned By Their Own Words”, which provided a translated from Hebrew-to-English transcript of an Israeli radio broadcast that had taken place on April 21st.

An Israeli Brigadier-General, named Zvika Fogel, was responding to reports of the killing by soldiers of an unarmed fourteen year-old boy. He explained in some detail why his soldiers are absolutely doing the right thing to shoot to kill Palestinians who approach the barrier separating Gaza from Israel.

General Fogel’s comments are reflective of the Israeli government view of how to control the “Palestinian problem.” Only the rights, including the right to life, of Israeli Jews are legitimate and Arabs should be grateful for what the Jewish state allows them to have.

Fogel responded to interviewer Ron Nesiel’s first question “Should the IDF [Israeli army] rethink its use of snipers?” by saying that,

“Any person who gets close to the fence, anyone who could be a future threat to the border of the State of Israel and its residents, should bear a price for that violation.

Nesiel: “Then, then his punishment is death?”

Fogel: “His punishment is death. As far as I’m concerned then yes, if you can only shoot him to stop him, in the leg or arm – great. But if it’s more than that then, yes, you want to check with me whose blood is thicker, ours or theirs. It is clear to you that if one such person will manage to cross the fence or hide an explosive device there …”

Nesiel: “But we were taught that live fire is only used when the soldiers face immediate danger. … It does not do all that well for us, those pictures that are distributed around the world.”

Fogel: “I know how these orders are given. I know how a sniper does the shooting. I know how many authorizations he needs before he receives an authorization to open fire. It is not the whim of one or the other sniper who identifies the small body of a child now and decides he’ll shoot.

Someone marks the target for him very well and tells him exactly why one has to shoot and what the threat is from that individual. And to my great sorrow, sometimes when you shoot at a small body and you intended to hit his arm or shoulder it goes even higher.

The picture is not a pretty picture. But if that’s the price that we have to pay to preserve the safety and quality of life of the residents of the State of Israel, then that’s the price.

“[And] look, Ron, we’re even terrible at it [at suppressing those pictures]. There’s nothing to be done, David always looks better against Goliath. And in this case, we are the Goliath. Not the David. That is entirely clear to me. … It will drag us into a war. I do not want to be on the side that gets dragged.

I want to be on the side that initiates things. I do not want to wait for the moment where it finds a weak spot and attacks me there. If tomorrow morning it gets into a military base or a kibbutz and kills people there and takes prisoners of war or hostages, call it as you like, we’re in a whole new script.

I want the leaders of Hamas to wake up tomorrow morning and for the last time in their life see the smiling faces of the IDF. That’s what I want to have happen. But we are dragged along. So we’re putting snipers up because we want to preserve the values we were educated by.

We can’t always take a single picture and put it before the whole world. We have soldiers there, our children, who were sent out and receive very accurate instructions about whom to shoot to protect us. Let’s back them up.”

One might reasonably suggest that Fogel’s comments reflect a consensus among Israelis on how to deal with the Arabs. And the United States is fully complicit in the slaughter. American Ambassador to Israel David Friedman has repeatedly praised the restraint of the Israeli armed forces and has blamed the Gazans for their plight.

The United States continues to subsidize illegal Israeli settlements that fuel the conflict and is putting the final touches on an Israeli approved peace plan that will now and forever make the Palestinians a non-people, without a nation of their own and without any hopes for the future.

Meanwhile, they are target practice for Israeli snipers. The world should be mortified by Israeli arrogance and behavior and the United States should bow its head in shame each time a pandering American politician comes out with the line “Israel has a right to defend itself.”