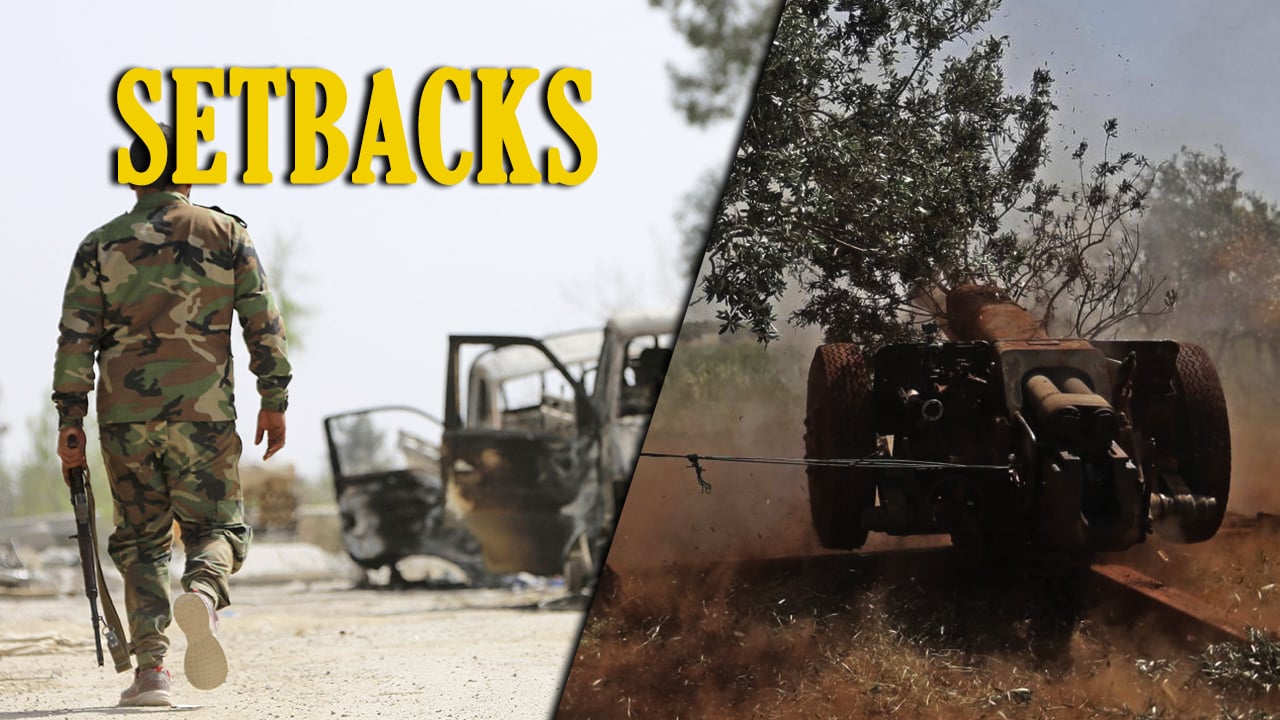 Militant groups are attacking key military and civilian infrastructure in the government-controlled area.

The Reconciliation Center for Syria revealed that militants launched 17 rockets at the Russian Hmeimim airbase early on May 22. 8 rockets did not reach the base. 9 – were intercepted.

In the evening of May 22, a squadron of armed unmanned aerial vehicles attacked Hama’s airbase. Pro-government sources said that the Syrian Air Defense Forces intercepted all the UAVs and the airbase sustained no damage.

Nonetheless, the Hama airbase was not the only target. The state-run Syrian Arab News Agency confirmed that at least one UAV attacked the Zara’a power plant in southern Hama causing “extensive damage to the plant’s equipment.”

The new wave of UAV attacks took place amid fierce fighting in northwestern Hama where the Syrian Arab Army (SAA) recently lost the initiative and is now in defense.

According to statements by the Russian military at least 700 militants, 7 battle tanks, 4 infantry fighting vehicles, 30 vehicles equipped with machine guns and 2 explosive-filled vehicles driven by suicide bombers were employed by Hayat Tahrir al-Sham and its allies.

The main area of clashes are Kafr Nabuda, al-Hayrat and nearby points. After 24 hours of fighting, units of the Syrian Arab Army (SAA) lost most of Kafr Nabuda to militants and are now only holding positions in the southern vicinity of the town.

The Hayat Tahrir al-Sham media wing Iba’a released a video from the area showing several destroyed battle tanks and vehicles. The outlet claimed that 50 Syrian soldiers and officers were killed in the town.

Some pro-government sources explained the SAA retreat with a lack of air support from Russia.