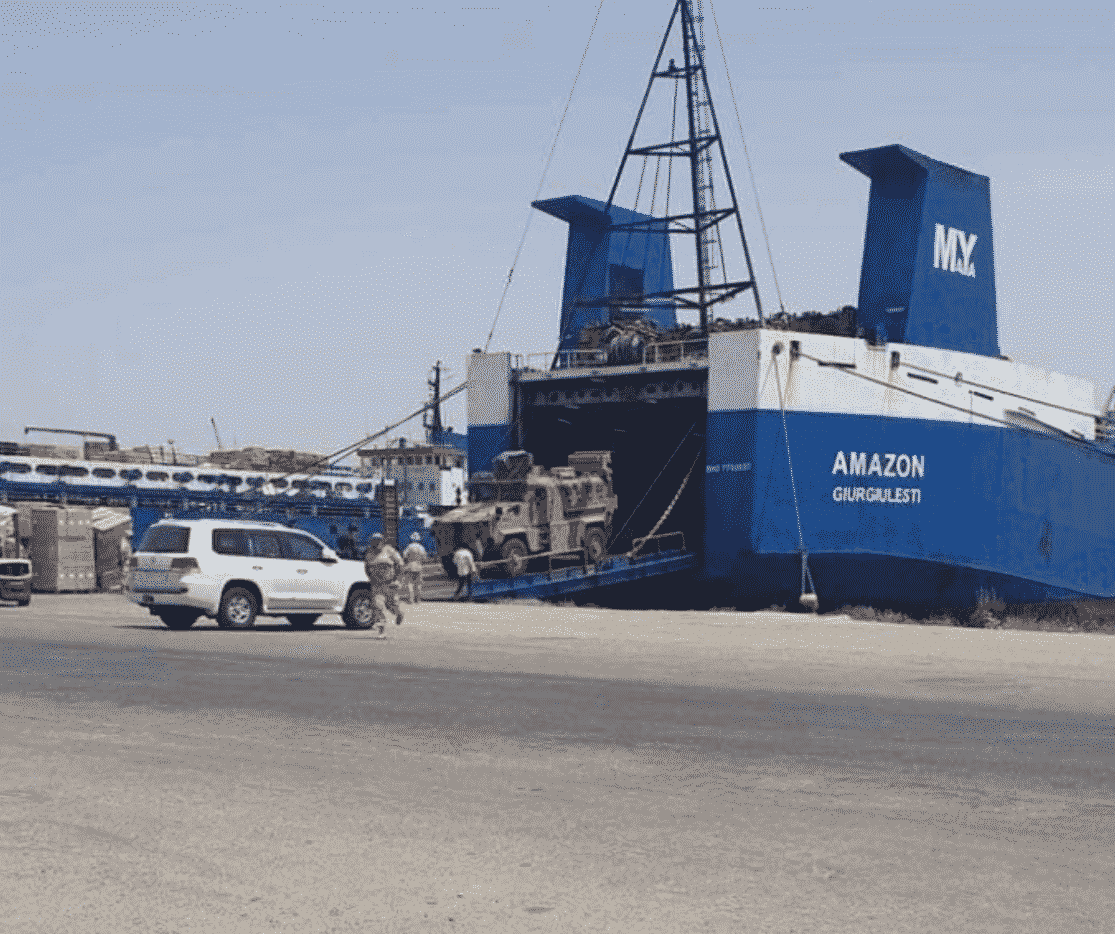 By Firas Samuri for Veterans Today
While the offensive of the Libyan National Army (LNA) commanded by Field Marshal Halifa Haftar in Tripoli against the armed groups controlled by the Government of National Unity (PNU) is well underway, more and more international and regional players intervene in the Libyan crisis. Initially, the intervention would seem to be aimed at exerting political pressure on the warring parties to stop the hostilities and then grew into open military support, which only aggravates the process of resolving the long-term conflict.

Thus, on Friday, May 18, the cargo ship Amazon delivered several dozen Turkish-made Kirpi II and Vuran armored personnel carriers to the seaport of Tripoli. It is noteworthy that this occurred two weeks after the Turkish President Erdogan announced his intention to make maximum efforts to “break the plot against the Libyan people” and “comprehensive support of the legitimate government in Tripoli”.

According to the tracking information, the ship under the flag of Moldova left the city of Samsun in the north of Turkey and before the departure to Libya stopped at Izmir, where the Kirpi factory is located. Apart from the armed vehicles, various small arms, including Bulgarian machine guns MG-M1 along with a large batch of ammunition were on board, the locals report. Moreover, Turkey could supply several Stinger MANPADS, anti-tank missiles and heavy weapons to PNU units connected to Muslim Brothers.

The reports on the shipment of anti-aircraft complexes to the PNU units can be confirmed by the latest statements of M. Ganun, a representative of “Volcano of Rage” operation. It was initiated to repeal Haftar’s attacks and air raids.
It worth noting that lethal weapons supplies to Libya have been completely banned since 2011 based on UN Security Council resolutions, imposing an arms embargo even on the ‘official’ government in Tripoli. Though Ankara has not yet commented on these reports underpinned by photos and videos, it indicates that Turkey has provided military support to the Libyan armed groups in violation of UN restrictions.
So far, the majority of foreign players involved in the Libyan conflict, including Haftar’s allies, preferred not to go beyond the legal support. The actions of Turkey could provoke them to more support of the LNA. The development of the Libyan crisis in this scenario threatens to transform the local confrontation to a real mediated war.
Also, the overt intervention of Turkey can cast a shadow on the primary recipient of military aid – the PNU. I hardly think Sarajj, who still retains presidential ambitions, is interested in international criticism and accusation because of violations of fundamental UN resolutions on Libya.