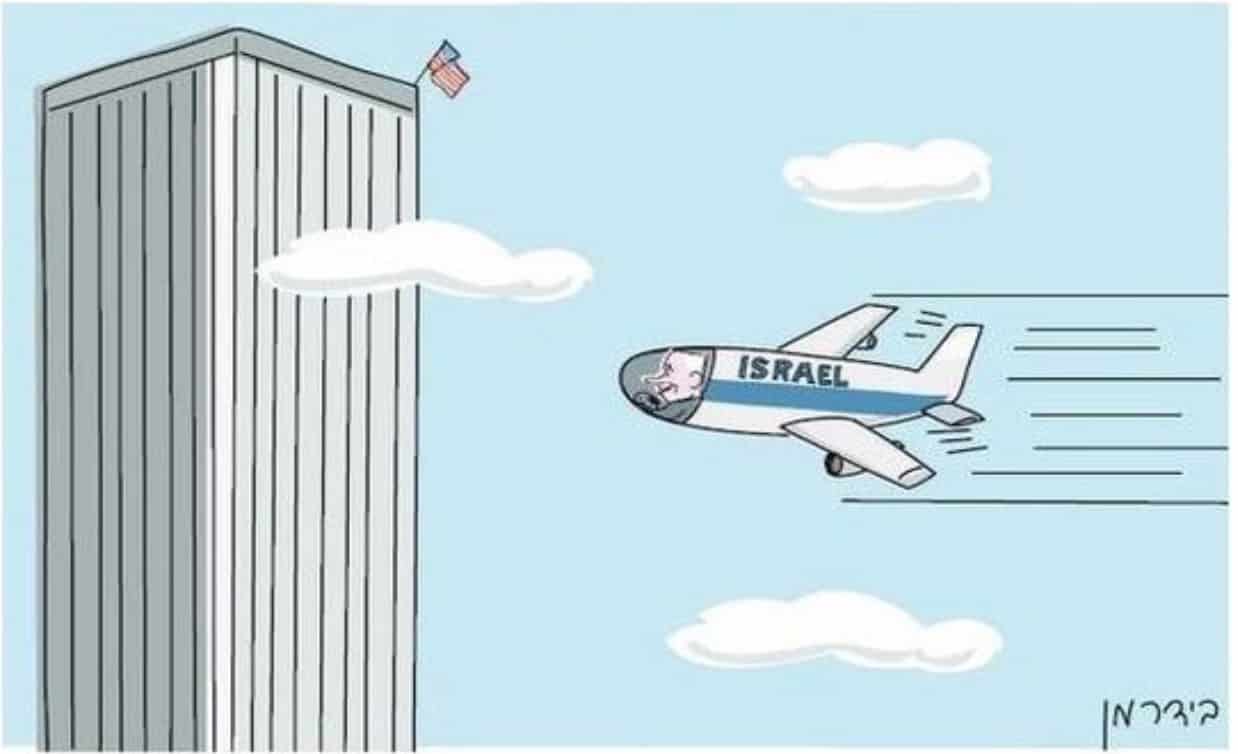 The week’s biggest story: “Newly Released FBI Docs Shed Light on Apparent Mossad Foreknowledge of 9/11 Attacks.” Adam Green of KnowMoreNews was the perfect co-host to discuss Israeli complicity in 9/11 in general, and the Dancing Israelis in particular.

The Dancing Israelis affair, on the face of it, seems to prove Mossad foreknowledge (and approval) of the demolition of the World Trade Center. Along with other evidence, both hard and circumstantial, it suggests that—as Alan Sabrosky once informed his US Army War College Colleagues—Israel was the main perpetrator of 9/11. The stunning MSM coverup of this information speak volumes about who controls “American” media.

But were the Dancing Israelis a bit too obvious in their celebration? Did they actually intend to get caught? Some folks here at VT think the Dancing Israelis affair was engineered to distract attention from the OTHER Israelis arrested in New York City on 9/11—the ones caught red-handed in trucks filled with explosives as they were about to blow up the George Washington Bridge and the Lincoln Tunnel. (Watch Bernard Kerik’s “guilty demeanor” as he dodges questions about the arrests and check out VT’s nuclear education series on 9/11.)

The wildest theory of all is implicit in Elias Davisson’s article below. Elias apparently thinks the Israelis implicated themselves in 9/11 as a favor to the real perpetrators. Such noble self-sacrificing behavior from our Likudnik Zionist friends would be rather extraordinary, no?

A certain number of persons are promoting the theory that Israel stands behind the attacks of 9/11, or at least actively facilitated the attacks. While none of the alleged facts conflict with this theory, some of these facts do conflict with common sense. For that reason, I submit that as long as the following questions are not satisfactorily answered, this theory must be regarded as a bad theory and the question arises why such a bad theory is being promoted.

1. Why would Israeli operatives (a) conspicuously celebrate the burning Twin Towers; (b) travel subsequently through New York with the white van on the top of which they were seen celebrating; (c) transport box cutters, the iconic tool of the alleged hijackings; (d) leave in the van explosive residues; (e) carry cash in their socks; (f) tell on Israeli TV that their task was to “document the event”?

2. Why would Israeli operatives pretending to be art students conspicuously case the offices and homes of Federal law enforcement officials and U.S. military bases prior to 9/11?

3. Why did an official of the Israeli company Odigo, Micha Macover, announce to the public that two employees of his company received a warning about the impending attacks of 9/11 two hours in advance?

4. Why did an Israeli shipping company (Zim) announce to the public before 9/11 that it intended to move out of the World Trade Center to a new location?

5. Why did the Ministry of Foreign Affairs of Israel announce to the public on 12 September 2001, that it worries about 4,000 Israelis believed to be in or around the complex of the World Trader Center, when only few Israelis actually worked in the WTC?

6. Why did Israel’s Prime Minister Benjamin Netanyahu publicly declare that the 9/11 attacks were very good for Israel?

7. Why did Donald Rumsfeld hire Dov Zakheim in May 2001 and announce on September 10, 2001 the disappearance of 2.3 trillion dollars of Pentagon funds?

8. Did General Ralph Eberhart, who was in charge of many of the military exercises (i.e. war games) that were going on that morning, act under Israeli orders?