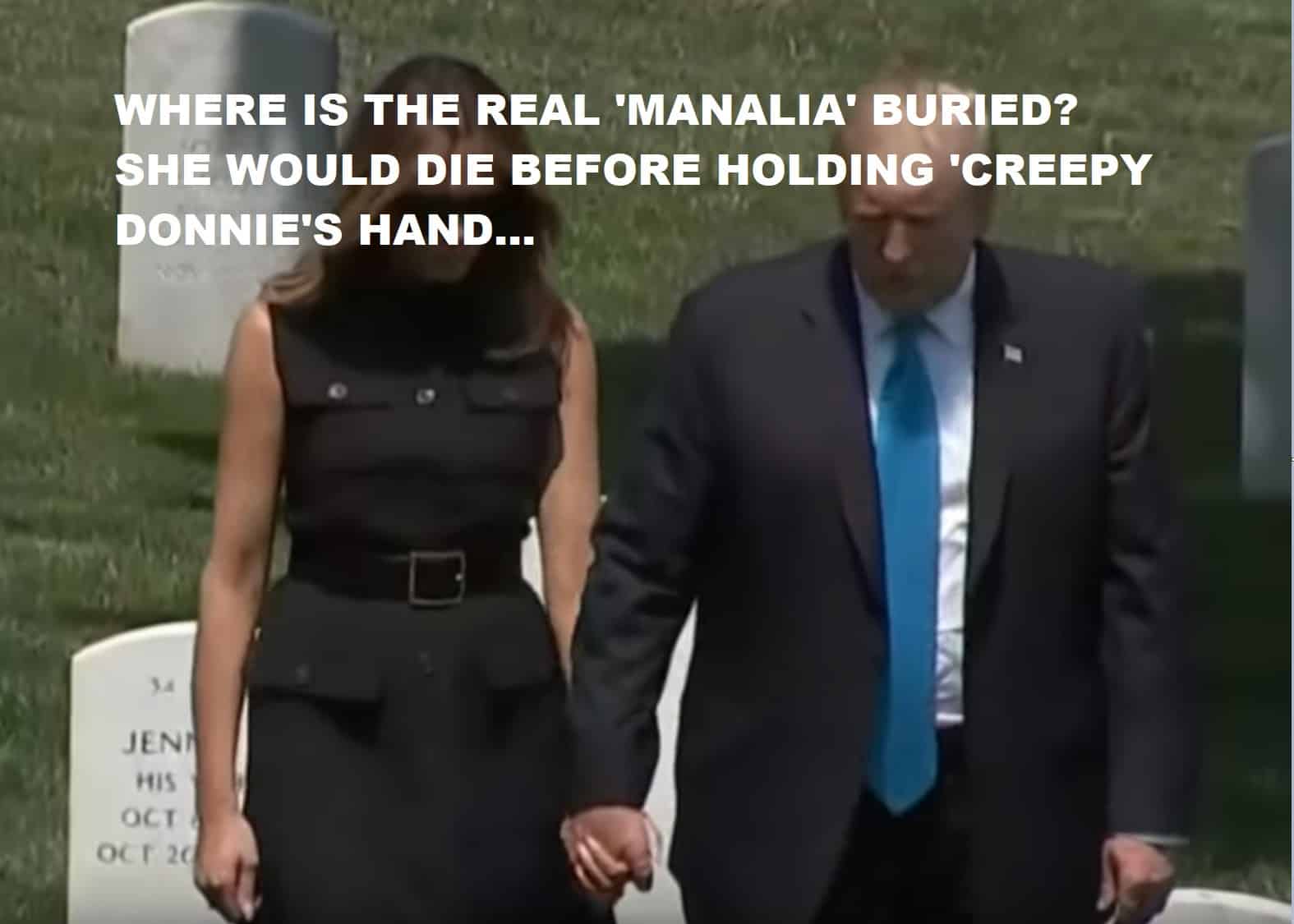 Editor’s note: All of Arlington’s dead are turning over in their graves as disgraced prezidunce Trump and whoever is with him dishonor America’s fallen.

As US President Donald Trump and his wife Melania arrive in Japan on a three-day state visit, the social media crowd once again has latched onto a bizarre claim that the first lady of the United States uses a body double for certain public appearances – a claim that emerged a while ago and apparently refuses to disappear.

The latest jolt to this conspiracy theory was apparently delivered by a video of Donald and Melania visiting Arlington National Cemetery on 23 May, where the first lady, clad in a black dress and wearing black sunglasses, planted American flags on the graves of fallen soldiers.

It appears that a number of suspicious social media users once again started speculating that the person featured in the video was Melania’s body double.

​Some speculated that the person accompanying Trump to Japan is Melania’s double rather than the first lady herself.

​Last month, a video of Trump talking to reporters outside the White House, with Melania standing alongside him, also caused some netizens to bring forth the “body double” accusations after become suspicious of the first lady’s appearance and behaviour.

In March, Trump himself addressed the claims about Melania’s alleged double, insisting that “the Fake News” photoshopped pictures of his wife in order to propel this conspiracy theory.