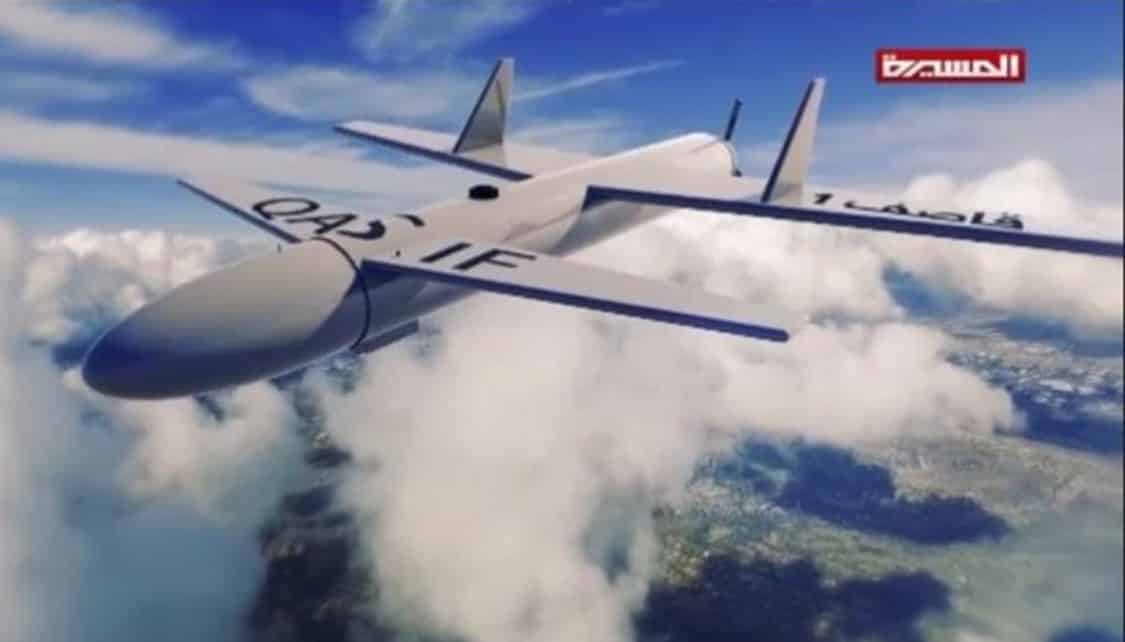 TEHRAN (FNA)- The drone units of the Yemeni Army and Ansarulah Popular Forces bombarded a military airbase in Southern Saudi Arabia for the fourth time in the past 7 days.

The report added that the attack was carried out by a Qasef-2K combat drone.

The drone hit the shelters and reinforced hangars of the Saudi jet fighters which were used in airstrikes against Yemeni civilian areas.

The last three drone attacks of the last week on Saudi airbases were conducted against Najran airport.

Jizan airport was opened in 1981 but Saudi Arabia has been using it as an airbase to conduct airstrikes against Yemen in the last 5 years. Riyadh is currently constructing a three-storied civilian airport near the Red Sea in Jizan.

On Thurday, Al-Masirah TV reported that Yemen’s Ansarullah movement launched a drone attack on a Patriot missile battery in the airport of the Saudi city of Najran near the Yemeni border.

The attack was carried out by Qasef-2K drones and was successful as it hit the Saudi Arabia’s Patriot missile system inside Najran airport in Southern Saudi Arabia on Thursday.

It was the third strike by Ansarullah Movement in a week, the first one was on Tuesday when the Najran base’s ammunition depot was hit and the Saudi fighter jets were hit in their hangar in Najran base on Wednesday.

Ansarullah resistance group has stepped up missile and drone attacks on Saudi Arabia’s targets over the past ten days in a resurgence of tactics that had largely subsided since late last year amid United Nations-led peace efforts.

Yemen’s Ansarullah movement has warned that its recent attack on a major Saudi oil facility was the start of operations against 300 vital targets in Saudi Arabia and the UAE.

The Ansarullah said on Sunday its drone attack on pumping stations of the Saudi state oil company Aramco was the start of operations against 300 vital targets.

The group added that other planned targets include military headquarters and facilities in Saudi Arabia and the United Arab Emirates.

Despite Riyadh’s claims that it is bombing the positions of the Ansarullah fighters, Saudi bombers are flattening residential areas and civilian infrastructures. Weddings, funerals, schools and hospitals, as well as water and electricity plants, have been targeted, killing and wounding hundreds of thousands.

According to a December 2018 report by the Armed Conflict Location and Event Data Project (ACLED), a nonprofit conflict-research organization, the Saudi-led war has claimed the lives of over 60,000 Yemenis since January 2016.

Save the Children, a charity, has reported that more than 84,700 children under the age of five may have starved to death in Yemen since the Saudi regime and a coalition of its allies launched the brutal war on the already-impoverished nation.

France, the United States, the United Kingdom and some other Western countries have faced criticisms over arms sales to the Saudi Arabia and the UAE, whose aggression against Yemen has affected 28 million people and caused what the United Nations calls “one of the worst humanitarian crises in the world”. According to the world body, Yemen is suffering from the most severe famine in more than 100 years.

A UN panel has compiled a detailed report of civilian casualties caused by the Saudi military and its allies during their war against Yemen, saying the Riyadh-led c